The United States on Saturday announced it plans to provide nearly $100mn more in aid to the Syrian opposition for tasks like supporting local councils and civil society activists.

This most recent pledge adds up to nearly $500mn the amount the US has promised to the Syrian opposition since 2002, the State Department said.

The new pledge was made by Deputy Secretary of State Antony Blinken at a regional security forum called the Manama Dialogue, in Bahrain.

"US assistance is helping keep schools open for Syrian children; restoring access to electricity and water infrastructure; supporting independent media and civil society to hold their local governments accountable, and building the capacity of the moderate opposition to play a role in a future Syria that respects human rights and the rule of law," the department said in a statement.

This assistance was announced a day after the US revealed that is sending dozens of special operation forces to Syria to assist forces fighting the Islamic State group.

The deployment marks an escalation in Washington's efforts to defeat IS, which has tightened its grip on swathes of Syria despite more than a year of US-led air strikes.

Officials said President Barack Obama had authorised an initial deployment of "fewer than 50" special forces to northern Syria - parts of which are controlled by Syrian Kurdish forces fighting IS - easing his long-standing refusal to put boots on the ground.

"They will help coordinate local ground forces and coalition efforts to counter ISIL," said a senior administration official, using an alternative acronym for IS.

Washington will also deploy A-10 ground-attack planes and F-15 tactical fighter jets to the Incirlik base in southern Turkey, as part of the ramped up effort.

The announcement came as key backers of Syria's rival sides sought to overcome deep divisions over the conflict, with government allies Russia and Iran resisting Western and Saudi pressure to force President Bashar al-Assad from power. 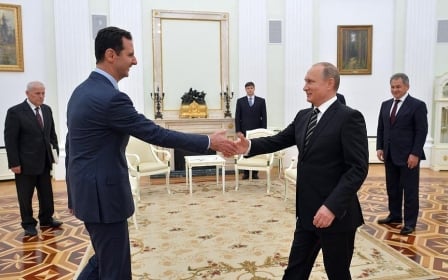 Syria War
US to send special ops forces to Syria, as diplomats descend on Vienna for talks