US pounds Sirte as Libyan forces advance against IS 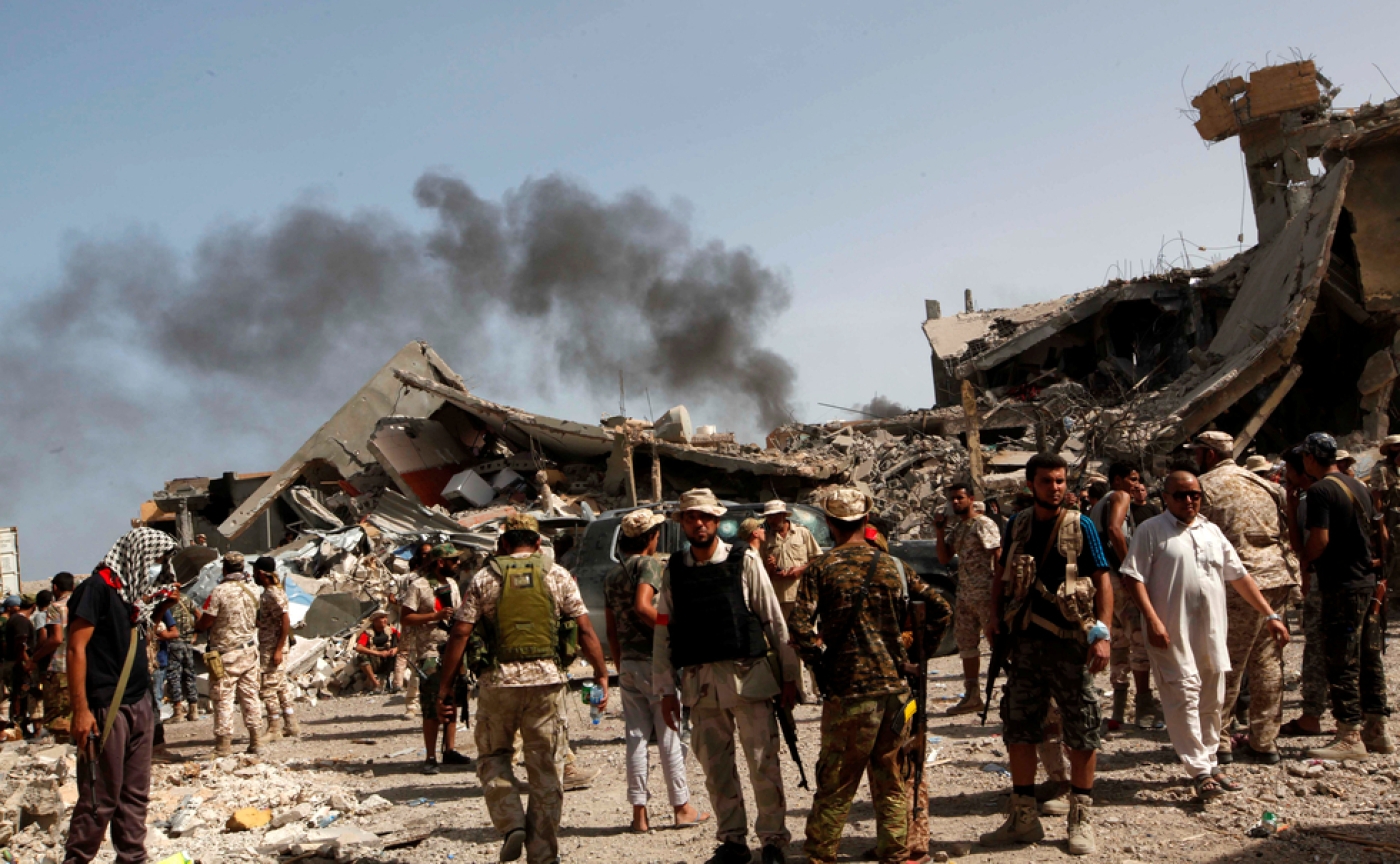 US aircraft carried out more than 30 strikes over the last three days on Islamic State (IS) group targets in the Libyan city of Sirte as pro-government forces push into its remaining districts, the US military said on Monday.

Libyan forces are close to ending a six-month campaign to capture Sirte from IS, which took over the city more than a year after taking advantage of factional infighting that emerged after the fall of strongman Muammar Gaddafi in 2011.

Forces mostly from nearby Misrata are pushing ahead street by street, facing snipers and suicide bombers. They are helped by US air strikes since August and coordination with small teams of Western special forces on the ground.

On Sunday, Libyan forces recaptured the city's Cambo area, swept out tunnels used by militants to hide and prepare ambushes, and seized a field hospital. They found charred bodies of militants hit by air strikes.

A Reuters reporter at the scene said they also came across booby traps rigged with grenades and rocket shells.

"At the moment, the forces are preparing to enter Ghiza Bahriya district," Rida Essa, media official with the pro-government forces, said.

US aircraft carried out 36 strikes from Friday to Saturday mostly on IS fighting positions but also on a car bomb, according to a US Africa Command statement on Monday.

The loss of Sirte would close down IS's main stronghold in North Africa and its only base outside Iraq and Syria, just as the militant group comes under pressure in the Iraqi city of Mosul.

Islamic State steadily imposed control on Sirte a year ago, and used the city as a base to launch attacks on oil fields and ports as well as to target checkpoints in nearby Misrata.

Since Gaddafi's fall in a war in 2011, Libya has slipped steadily in the factional fighting among brigades of former rebels who first battled the strongman and then turned against each other. Islamic State profited from the security vacuum.

The Misrata forces leading the Sirte campaign back a UN-supported government in Tripoli that is trying to bring the rival factions together. But the Sirte campaign has also prompted moves by eastern commander Khalifa Haftar, who rejects the Tripoli government, to extend his influence.