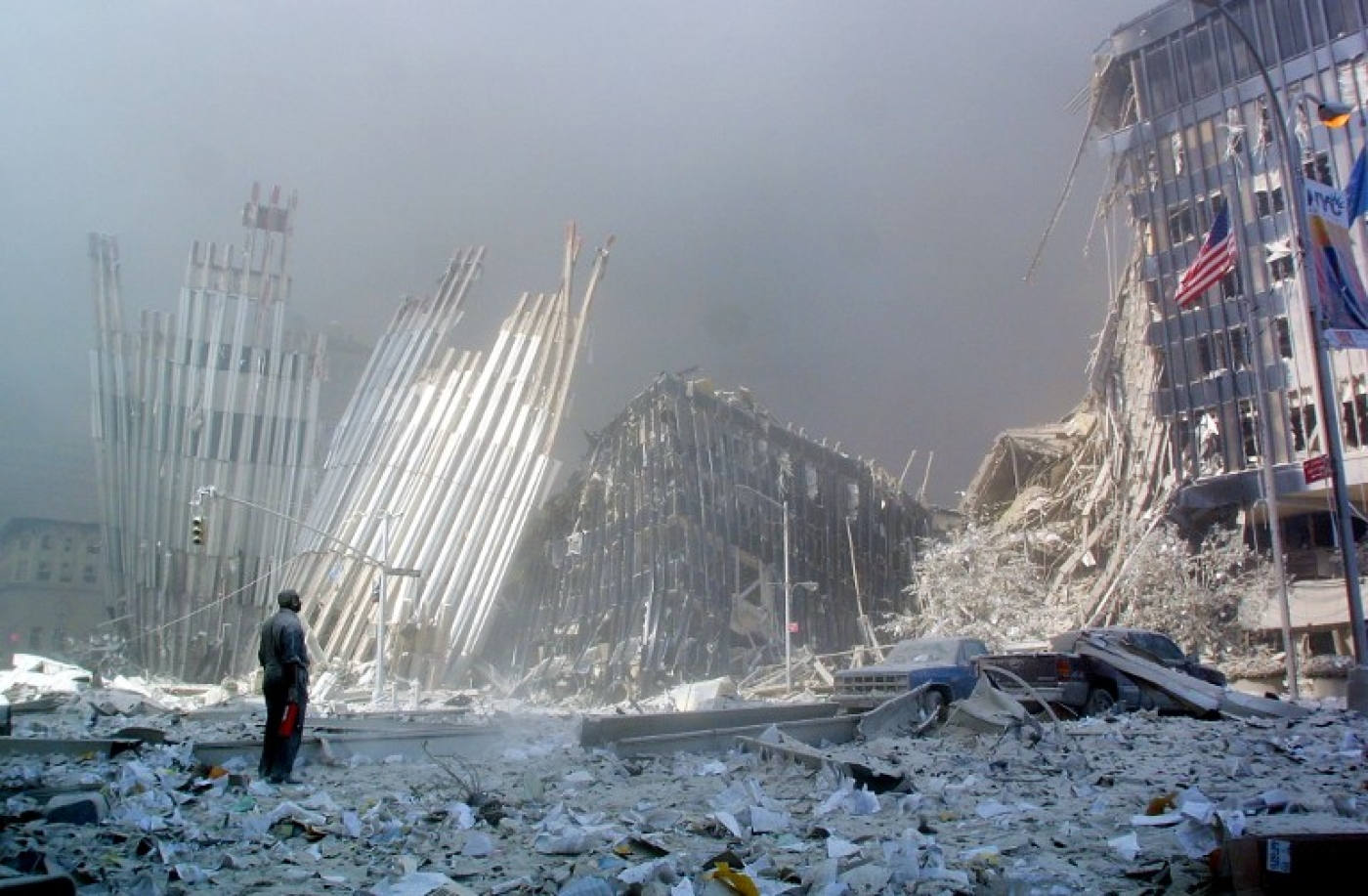 A man stands amid the rubble of the World Trade Center in New York on 11 September, 2001 (AFP)
By
MEE staff

A 28-page segment of the Congressional report into the 9/11 attacks that was kept under wraps for more than a decade has been declassified, showing that US intelligence agencies believed that Saudi officials may have had multiple contacts with some of the 9/11 hijackers.

The declassified pages, which still contain redactions that amount to about three pages of text, reveal that the US probed links between the government of Saudi Arabia and the 9/11 attacks, finding multiple suspicions but no proven ties.

Fifteen of the 19 hijackers were Saudi citizens.

The findings showed no smoking gun for official Saudi involvement, but rather an inability to "identify definitively" Saudi links to attacks on US soil and global terror.

"While in the United States, some of the 9/11 hijackers were in contact with, and received support or assistance from, individuals who may be connected to the Saudi government," the declassified document said.

One individual on the US East Coast, believed to be from the Saudi interior ministry, raised suspicions when appearing to fake a seizure during FBI questioning about his links to a hijacker.

He was later released from hospital and managed to flee the country before he could be questioned again.

Intelligence also turned up suggestions that Osama bin Laden's half-brother worked at the Saudi embassy in Washington and was associated with a friend to Egyptian hijack leader Mohammed Atta.

In California, a suspected Saudi intelligence operative was believed to have provided "substantial assistance" to two other hijackers.

The phone book of an Al-Qaeda operative captured in Pakistan meanwhile pointed to US contacts, notably a company that managed a Colorado property of the then Saudi ambassador.

The year-long Congressional investigation also expressed anger about gaps in US intelligence about Saudi Arabia's possible links to terrorism, deeming them "unacceptable" given the "magnitude and immediacy of the potential risk to US national security".

The then president, George W Bush, had ordered that part of the report be classified.

Bush's administration had cited the need to protect the methods and identities of US intelligence sources.

But there was also concern that the report could damage relations with an important Middle Eastern ally and oil exporter.

President Barack Obama had decided to declassify the so-called "28 pages".

The revelations are likely to prompt a fresh round of handwringing about Washington's close ties with Riyadh and Saudi Arabia's role in fostering violent extremism.

The Saudi Ambassador to the United States, Abdullah Al-Saud, welcomed the release of the report.

Campaigners have long called for the document to be published amid claims that it details alleged links between the 9/11 hijackers and the Saudi Arabian government.

Al-Qaeda claimed responsibility for the attacks in which hijackers flew airliners into the twin towers of the World Trade Center in New York and crashed another into the US Department of Defence’s Pentagon headquarters.

Bob Graham, a former senator who chaired the committee that conducted the investigation, said the release would raise questions about alleged Saudi support for the hijackers.

"I think of this almost as the 28 pages are sort of the cork in the wine bottle. And once it's out, hopefully the rest of the wine itself will start to pour out," he said.

John Brennan, the head of the CIA, last month said that subsequent investigations into the attacks had found no evidence of Saudi government complicity and said the 2002 inquiry had been only a “preliminary review”.

“Subsequently the 9/11 commission looked very thoroughly at these allegations of Saudi involvement, Saudi government involvement, and their finding, their conclusion, was that there was no evidence to indicate that the Saudi government as an institution or Saudi senior officials individually had supported the 9/11 attacks,” Brennan told Saudi Arabia’s Al Arabiya television network.

But a former member of the 9/11 commission said in May that there was clear evidence that Saudi government officials had provided support for the hijackers.

“There was an awful lot of participation by Saudi individuals in supporting the hijackers, and some of those people worked in the Saudi government,” said John Lehman, a former navy secretary under US President Ronald Reagan. “Our report should never have been read as an exoneration of Saudi Arabia.”

In February, Zacarias Moussaoui, the so-called 20th hijacker who is currently serving six life sentences for conspiring to kill US citizens, told US lawyers that members of the Saudi royal family donated millions of dollars to al-Qaeda in the 1990s. 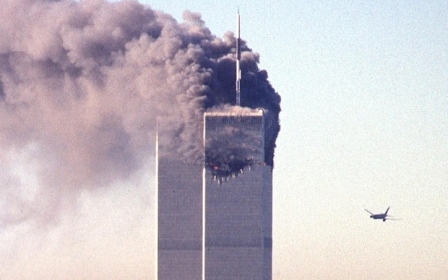