US removes Saudi Arabia from list of worst human traffickers

Washington removes political ally one year after it was placed on list, citing 'key achievements' made by Riyadh

The United States removed Saudi Arabia from its list of the worst states for human trafficking, just one year after the kingdom was placed on the list by the State Department.

In its annual human trafficking report released on Thursday, the State Department said Riyadh had made "key achievements" in the last 12 months that merited its removal from Tier 3 status.

The kingdom is now considered a "Tier 2 watchlist country," meaning it still needs to make reforms to combat trafficking. "The Government of Saudi Arabia does not fully meet the minimum standards for the elimination of trafficking but is making significant efforts to do so," the report said.

Some of those efforts include the implementation of its first-ever national referral mechanism to provide care to victims of trafficking and the creation of transparently reported government data sets, including increased prosecutions and convictions under its anti-trafficking law, according to the report.

The reforms allowed officials to identify and refer 1,457 female trafficking victims to government-run shelters, a significant increase from the 113 and 121 trafficking victims it reported for the previous two years, according to State Department documentation.

The report also said that Saudi authorities had "criminally convicted and sentenced to stringent imprisonment terms two Saudi officials complicit in trafficking crimes during the year".

Still, while Riyadh increased its institutional capacity to identify and refer more victims to care, "the government penalised some potential trafficking victims and did not offer shelter to victims other than female domestic workers," the report said.

Saudi Arabia was listed as a Tier 3 country last year because it failed to make a concerted effort to prosecute individuals conducting human and sex trafficking.

At the time, the State Department said migrant workers had persistent complaints of unpaid wages, passport retention, physical or sexual abuse, or substandard working conditions, "all of which were trafficking indicators".

The designation meant it could have faced cuts to "non-humanitarian, non-trade related foreign assistance" and to "government official or employee participation in educational and cultural exchange programs". When announcing the launch of the report on Thursday, Secretary of State Mike Pompeo, alongside Ivanka Trump, the US president's daughter and a White House senior adviser, did not mention the progress made by Saudi Arabia, but highlighted that 22 countries had improved their statuses.

"We take government-sponsored trafficking very seriously. It's a perversion of any government's reason for existence: to protect rights, not crush them," Pompeo said. "The United States will not stand by as any government with a policy or pattern of human trafficking subjects its own citizens to this kind of oppression."

According to the report, each of Libya and Yemen remains a "special case" for a fifth consecutive year, largely because of difficulties in obtaining information on human trafficking amid conflicts in the countries.

Syria and Iran are the only countries listed as "Tier 3," while all other Middle Eastern and North African countries have been placed in "Tier 2". 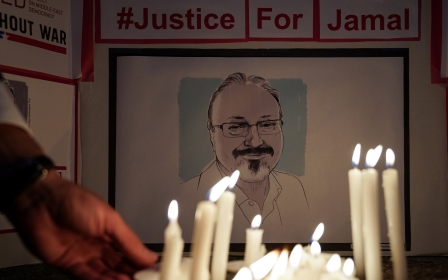 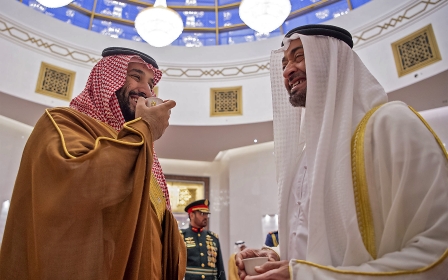