Secretary of State Rex Tillerson told nations opposed to Syrian President Bashar al-Assad that the US would not cooperate militarily with Russia until it stopped labelling all Assad's opponents as terrorists, a Western diplomat said on Friday.

"In the discussion, he made it clear that there would not be military cooperation until the Russians accepted that not all the opposition are terrorists," the diplomat said.

He was speaking after Tillerson held his first joint talks with countries that oppose Assad, including Saudi Arabia, Turkey, France and Britain.

On Friday, German Foreign Minister Sigmar Gabriel said countries opposed to Syrian President Bashar al-Assad, including the United States, backed efforts by the United Nations to broker a political solution to the civil war in Syria.

Gabriel said US Secretary of State Rex Tillerson had played an active role in the discussions about how to end the war in Syria, which took place on the sidelines of a meeting of G20 foreign ministers.

All eyes have been on the United States and its approach to ending the violence in Syria, given promises by US President Donald Trump to build closer ties to Russia, which has supported the Syrian government under Assad.

Speaking alongside Gabriel, French Foreign Minister Jean-Marc Ayrault said Geneva would ultimately fail if Russia did not use its influence on the Syrian government and Iran to stop labelling all those opposed to Assad as "terrorists".

Russia proposed a series of parallel intra-Syrian negotiations in coordination with Turkey and Iran last year in Astana to reinforce a shaky ceasefire.

It has tried to expand the scope to cover political aspects, a move that has been criticised by Western and Arab states, who argue that UN efforts are the only credible track for a political solution.

The United Nations special envoy on Syria, Staffan de Mistura, is convening a new round of peace talks among Syrian factions in Geneva on 23 February, after negotiations collapsed almost nine months ago.

A spokesman for de Mistura said he was still finalising who would come to the Geneva talks but there were already positive responses to invitations that had gone out.

Tillerson, on his first diplomatic trip abroad, has used the two-day G20 event as a chance to sit down with a string of foreign counterparts unsure about what Trump's "America First" policy means for them.

The former Exxonmobil boss on Friday held his first talks with Chinese counterpart Wang Yi, the highest level Sino-US encounter yet after the two powers got off to a rocky start under Trump.

Trump angered Beijing by questioning the "One China" policy agreed in the 1970s as the basis for what has become one of the most important global relationships.

Wang only agreed to go to Bonn after a conciliatory phone call between Trump and President Xi Jinping in which the US president backtracked on his earlier comments.

Tillerson has also moved to reassure nervous allies with a cautious approach to Russia, signalling there would be no radical shift despite Trump's pledges to seek a softer line.

Speaking after his first sitdown with Russian Foreign Minister Sergei Lavrov on Thursday, the Texan said the US sought cooperation with Moscow only when doing so "will benefit the American people".

After the G20 ends on Friday, the politics move to the high-profile Munich Security Conference where US Vice-President Mike Pence will make his international debut.

"He's going to reassure our allies of our commitment to our European partners and the reassurance for the transatlantic alliance," a senior White House adviser said.

In a speech on Saturday, Pence is expected to reassert Washington's commitment to NATO while pressing member states to follow through on pledges to share more of the defence spending burden. 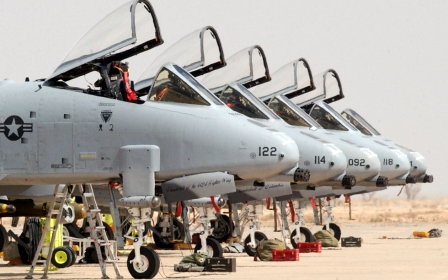