Crucial aspects of the agreement still need to be hammered out A US-Russian brokered ceasefire deal for southwestern Syria took effect at noon local time on Sunday, the latest international attempt at peacemaking in the six-year war.

The United States, Russia and Jordan reached a ceasefire and "de-escalation agreement" this week with the aim of paving the way for a broader, more robust truce.

"The main fronts in the three provinces between regime forces and opposition factions have seen a cessation of hostilities and shelling since this morning, with the exception of a few scattered shells fired on Daraa city before noon," said Rami Abdel Rahman, director of the Syrian Observatory for Human Rights monitor.

The Syrian government had already announced its own unilateral ceasefire on Monday but fighting had continued on frontlines in the three provinces.

A Syrian official indicated that Damascus approved of the ceasefire deal, describing the government's silence over it as a "sign of satisfaction".

"We welcome any step that would cease the fire and pave the way for peaceful solutions," the government official told Reuters.

There is a clear alternative to Assad. To say otherwise is nonsense
Rime Allaf
Read More »

The announcement came after a meeting between US President Donald Trump and Russian President Vladimir Putin at the G20 summit of major economies in Germany.

Several ceasefires have crumbled since the onset of the conflict and it was not clear how much the combatants - Syrian government forces and the main rebels in the southwest - were committed to this latest effort.

With the help of Russian air power and Iranian-backed militias, Syrian President Bashar al-Assad's government has put rebels on the back foot over the last year. The wide array of mostly Sunni rebels include militant factions and other groups supported by Turkey, the United States and Gulf monarchies.

Earlier talks between the US and Russia about a "de-escalation zone" in southwest Syria covered Deraa province on the border with Jordan and Quneitra, which borders the Israeli-occupied Golan Heights.

A senior State Department official involved in the talks said further discussions would be necessary to decide crucial aspects of the agreement, including who will monitor its enforcement.

Russian Foreign Minister Sergei Lavrov said the deal includes "securing humanitarian access and setting up contacts between the opposition in the region and a monitoring centre that is being established in Jordan's capital".

Despite the ceasefire deal, US Secretary of State Rex Tillerson said on Friday that the United States still sees "no long-term role for the Assad family or the Assad regime. And we have made this clear to everyone. We certainly made it clear in our discussions with Russia".

The multi-sided Syrian conflict, which grew out of popular protests against Assad's rule in 2011, has killed hundreds of thousands of people and created the world's worst refugee crisis. 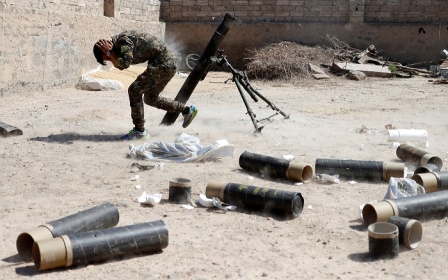