US-backed SDF allowed IS militants to leave Tabqa, but US aircraft targeted group after they vacated town 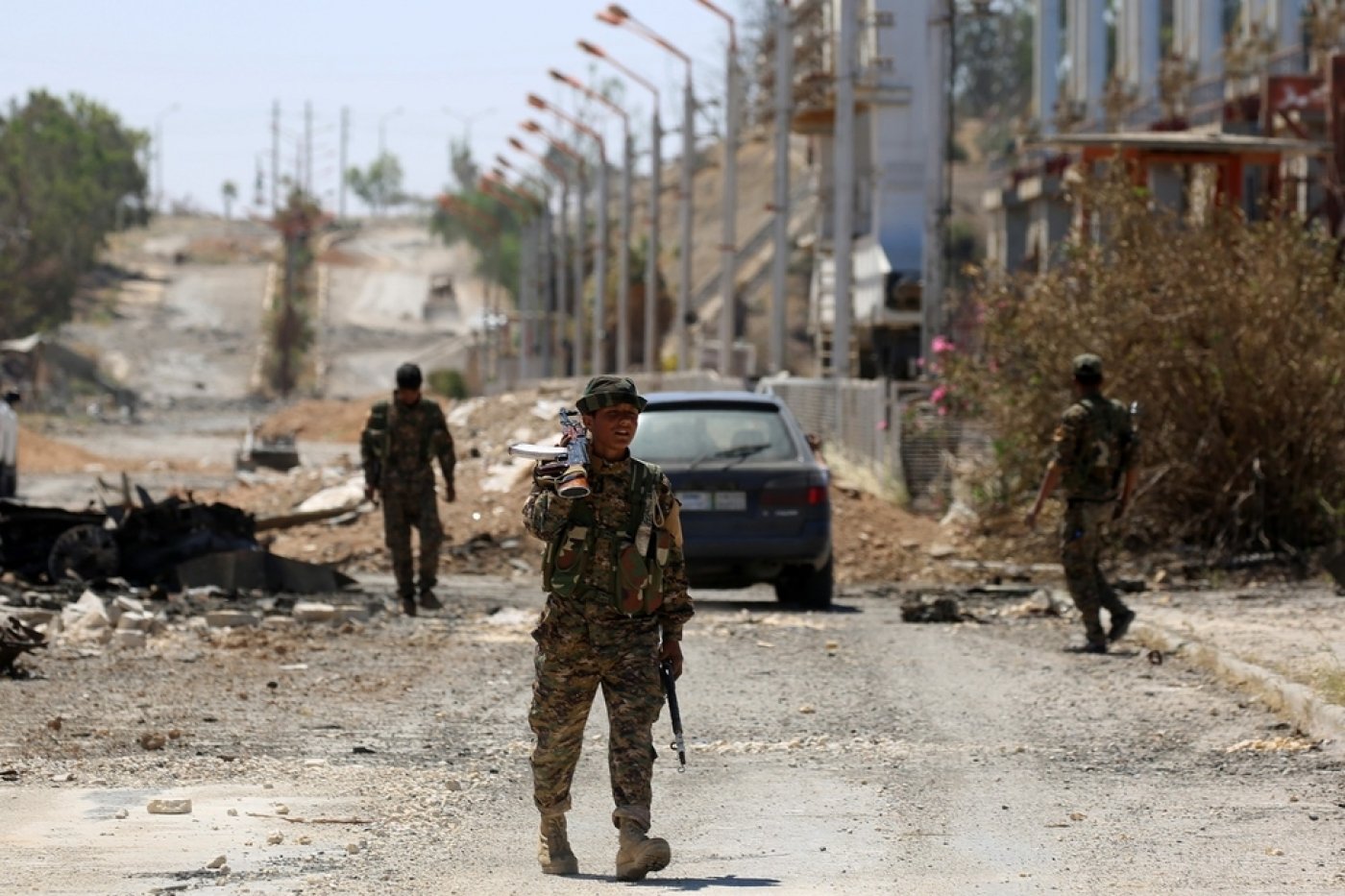 The Pentagon said on Friday it played no part in an unusual deal in which Islamic State (IS) group militants were allowed to leave a key town in Syria, only for some of them to be killed anyway.

The US-backed Syrian Democratic Forces (SDF) had independently cut a deal with the militants that let a group of about 70 of them leave Tabqa, a strategic city by a dam near the militant group's headquarters in Raqqa.

As soon as they left the city, US aircraft tracked and killed several of them, officials said.

"This was an agreement for them to leave the Tabqa dam and to leave the remaining portions of the city that ISIS held," Pentagon spokesman Jeff Davis said, using a different acronym for IS.

"It doesn't change the fact that when we see ISIS fighters on the battlefield and have a clean shot at them, we will continue to take it."

Davis stressed the militants were not considered to have surrendered.

According to a US official, the SDF deal had been in the works for a couple of weeks.

The US knew about it, but "it wouldn't have been our preference," the official told AFP.

The SDF allowed the militants to leave Tabqa in return for dismantling bombs surrounding the dam, surrendering their heavy weapons and quitting Tabqa city.

Nothing about that precluded the militants from being pursued, Major Adrian Rankine-Galloway said.

"This is combat. They didn't make a deal with us," he said.

Military leaders frequently say the objective is to annihilate IS, and for the most part the militants have fought to the death rather than surrender to security forces in neighbouring Iraq or the SDF in Syria.

The US official said America always observes the laws of armed conflict and Geneva Conventions, meaning unarmed IS militants waving a white flag would not be targeted.

The seizure of Tabqa in the north of Syria after weeks of fighting represents one of the most important victories for the SDF.

Davis said a dam-assessment team was heading to the structure to make sure it had not been damaged by IS; so far there had been no issues detected.

Last week the Pentagon announced that President Donald Trump had approved supplying arms to the Kurdish contingent of the SDF, a controversial decision that has angered Turkey, which views the fighters as terrorists.

"We are very mindful of the Turkish concerns on this," Davis said.

"We are going to assure that every step of the way that we are receiving assurances from the SDF that they are using [the weapons] only to fight ISIS. We will be monitoring it in real time."