US says Syria using starvation as 'weapon of war' 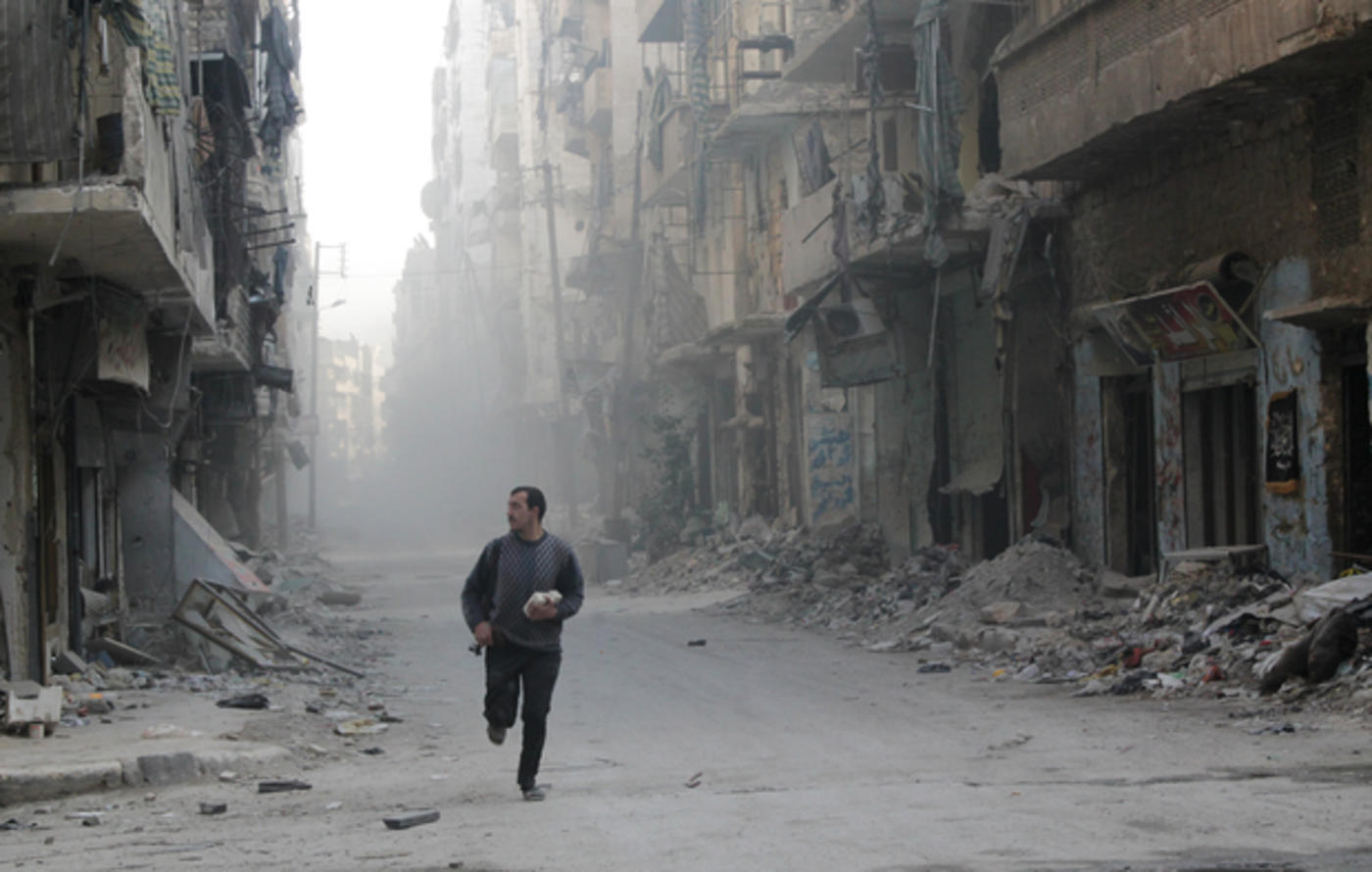 The United States accused the Syrian government on Friday of using "starvation as a weapon of war" - a war crime under the Geneva Conventions - stepping up the rhetoric against president Bashar al-Assad and his Russian backers.

Rejecting Kremlin claims that attacks on Aleppo have stopped, a US official told AFP: "The regime has rejected UN requests to deliver aid to Eastern Aleppo - using starvation as a weapon of war."

The language mirrors the Geneva Conventions' prohibition against starving civilians "as a method of warfare".

Aleppo's 250,000 residents have been besieged and bombarded for months, prompting an international outcry.

According to a Middle East Eye report earlier this week, much of eastern Aleppo is in ruins.

"There are no buildings here now that have escaped damage," Ghalia Samao, a teacher told MEE. "So much has changed in the last three months - all buildings left standing are devastated, cars are burned, there's broken glass everywhere."

Washington is currently weighing further sanctions against Syria and a push for justice at the International Criminal Court in the Hague.

Officials hope that Russian President Vladimir Putin may rethink his country's participation in a war that has seen chemical weapons and barrel bombs used against civilians if Russia is seen as an international pariah.

"We are taking steps, whether it's ramping up public pressure or other forms of pressure," a second senior Obama administration official told AFP.

"We are still looking at the whole arsenal of tools to make them feel the weight of international criticism, not saying that in and of itself is going to work.

"But we have some indication that they don't want to be viewed - the Russians in particular - as being guilty of war crimes.

"We've also spoken about forms of international accountability when it comes to Russian and regime actions."

The Kremlin said on Friday that Putin did not think it was time to resume air strikes on Aleppo after the defence ministry requested that a moratorium on bombing be lifted.

A US official gave the Kremlin's claim short shrift.

"Despite Russia's claims, attacks by the regime and its backers have continued in Aleppo," the official said.

"We continue to look at Russia's actions, not their words to determine if Russia is meeting their claims about their military intervention on behalf of the Assad regime."