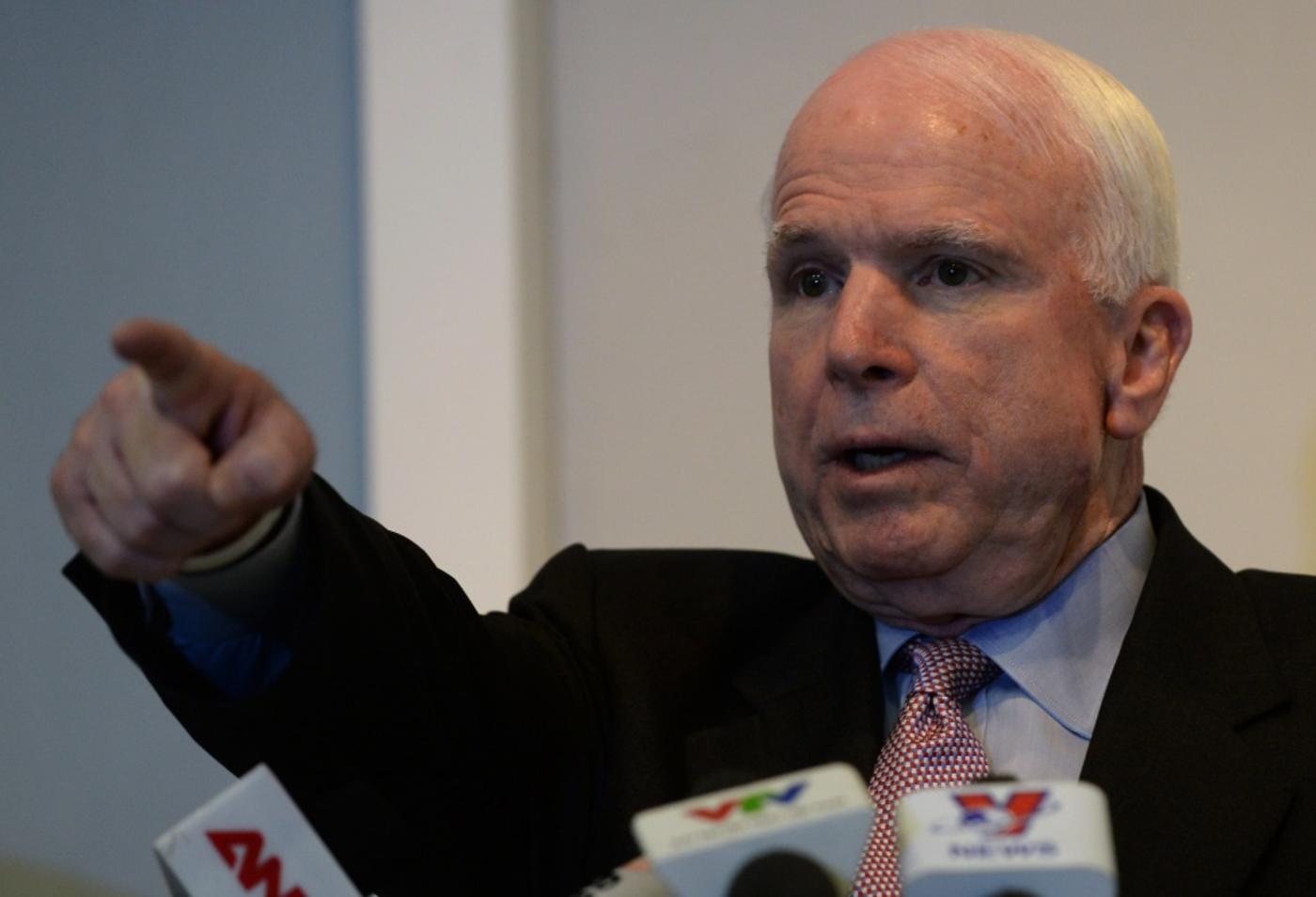 US senators John McCain and Lindsey Graham called for 100,000 coalition troops to be placed in Syria, mostly from Sunni regional states but also including Americans, to fight the Islamic State (IS) group.

Both McCain, the chair of the Senate Committee on Armed Services, and Graham, one of its members, criticised the current US strategy as "insufficient and unsuccessful" in defeating the religious armed group.

That strategy has consisted of carrying out air strikes against IS in Iraq and Syria in support of local ground forces, which have also received weapons and training.

"I think 100,000 would be (the) total requirement," McCain told journalists in Baghdad when asked about the size of the anti-IS force he and Graham were advocating for Syria.

Saudi Arabia is already involved in a war in Yemen, while Egypt is battling an insurgency and Turkey is more concerned with Kurdish rebels than IS.

The two senators also called for the number of American forces in Iraq to be increased to around 10,000.

That figure would include special forces to conduct "more of the raids you saw not long ago," Graham said.

American special forces accompanied Kurdish troops on an operation in Iraq last month during which one US soldier was killed.

"This is different than the last two wars," said Graham, referring to the 14-year war in Afghanistan and the nearly nine-year conflict in Iraq, during which the group that became IS was founded.

But even if this force were formed and defeated IS, it would then have to occupy part of Syria, spelling another potentially lengthy deployment of American ground troops in the Middle East.

"In my construct, it'd be an international holding force, Sunni Arabs would be holding that part of Syria where they're welcomed," after it was cleared of IS, Graham said.

But "the bottom line is, the whole international community would have to be part of holding," he said.