US to set up 'observation posts' on Syria-Turkey border 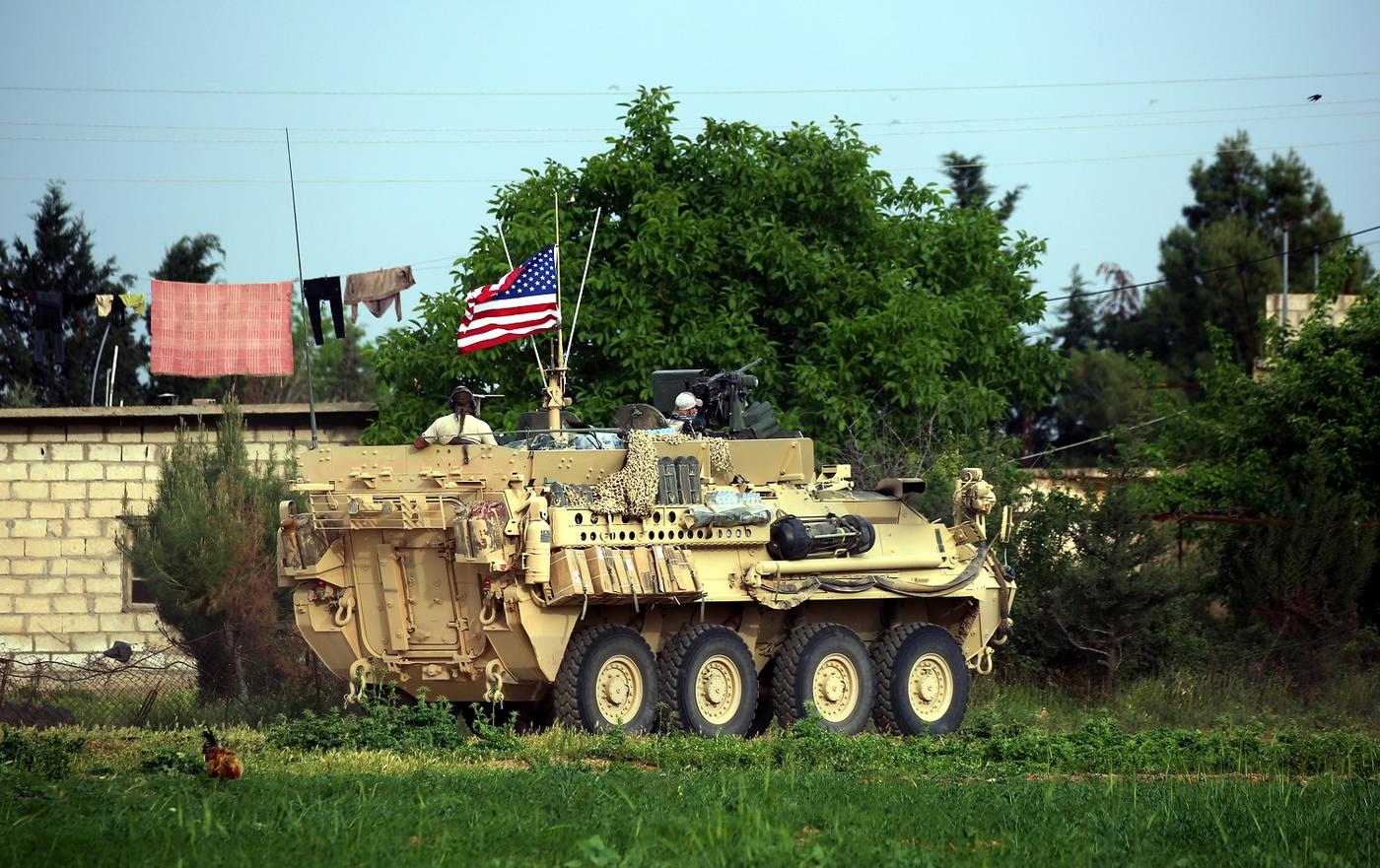 The Pentagon says about 2,000 US troops are currently deployed in Syria (AFP/File photo)
By
MEE and agencies

The United States is setting up "observation posts" along parts of the border between Turkey and Syria as part of an effort to keep the peace between US-backed Kurdish fighters and Turkish soldiers in the area, US Defence Secretary Jim Mattis has announced.

The observation posts are intended to make sure the focus in Syria remains on defeating fighters belonging to the Islamic State (IS) group, Jim Mattis said on Wednesday.

Installing the posts would not require the US to send additional troops to Syria, where about 2,000 US soldiers are currently deployed, Mattis told reporters.

"We are putting in observation posts in several locations up along the ... northern Syria border because we want to be the people who call the Turks and warn them if we see something coming out of an area that we're operating in," Mattis said.

Turkey has long complained about US support for the Syrian Democratic Forces (SDF), which is currently fighting IS militants inside Syria. Ankara says the SDF is dominated by the People's Protection Units (YPG), a Syrian-Kurdish militia that the Turkish government considers a terrorist group.

Washington says the tension between Turkey and the SDF has at times slowed down progress in the fight against IS militants.

The observation posts aim "to make sure that the people we have fighting down in the (middle Euphrates River Valley) are not drawn off that fight, that we can crush what's left of the geographic caliphate," said Mattis, referring to areas controlled by IS.

IS militants are still present in eastern Syria, in a pocket east of the Euphrates River near the border with Iraq.

Earlier this year, US President Donald Trump pledged to withdraw US troops from Syria, but Pentagon officials have argued that the fight against IS is not over yet.