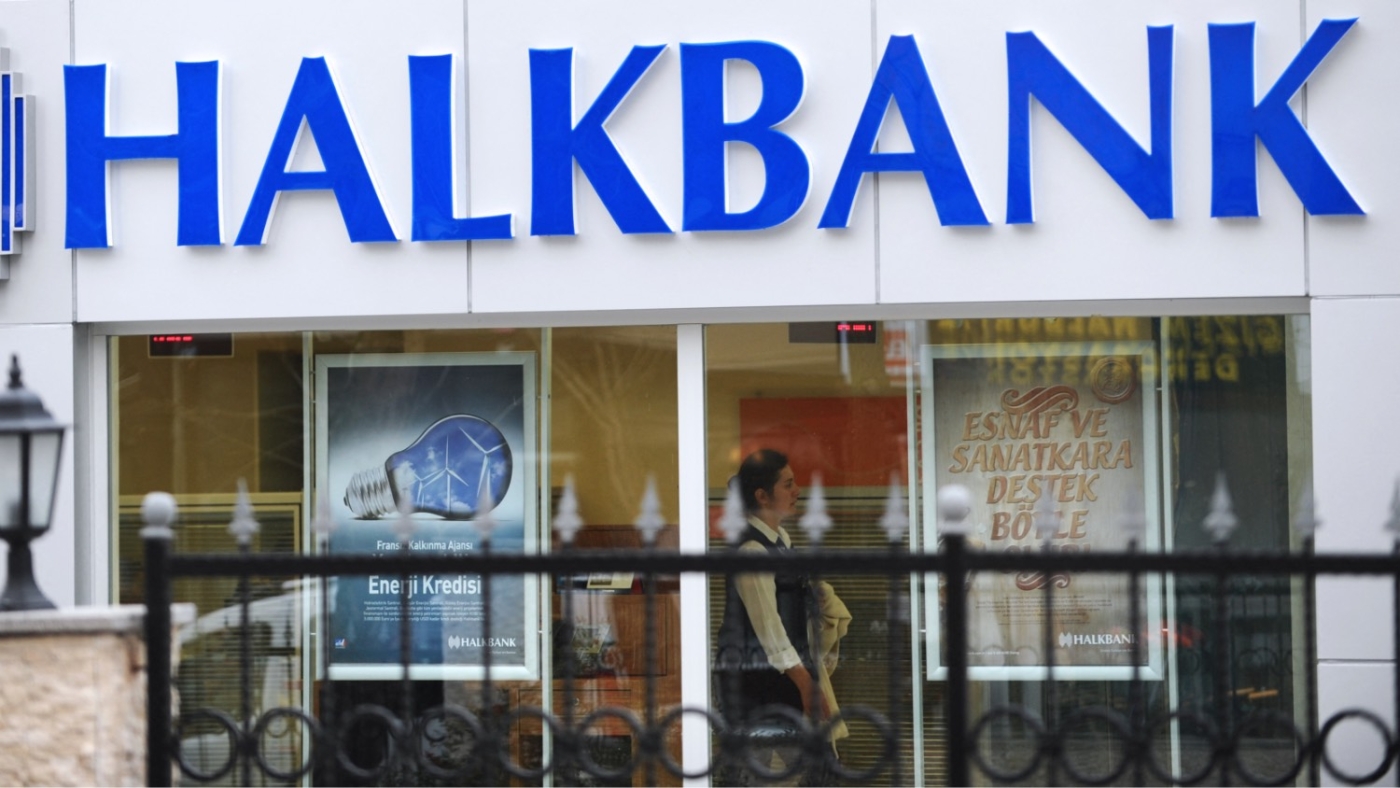 A view of a logo at the entrance of a Halkbank branch in Istanbul, Turkey, on 14 February 2014 (AFP)
By
MEE staff

The US Supreme Court on Monday agreed to hear Turkish state-owned lender Halkbank's bid to avoid criminal charges for allegedly helping Iran evade sanctions, a case that has strained Washington's relations with Ankara, a Nato ally.

The court granted Halkbank's petition to appeal a lower court's ruling where it rejected the bank's claim of immunity from prosecution under a 1976 law called the Foreign Sovereign Immunities Act. The law limits the jurisdiction of US courts over lawsuits against foreign countries.

The shares for Halkbank, which is majority-owned by Turkey's government, rose nearly 10 percent on Monday.

US prosecutors in October 2019 issued a six-count indictment against Halkbank, including bank fraud and money laundering, over an alleged "multibillion-dollar scheme to evade US sanctions on Iran".

The prosecutors accused it of converting oil revenue into gold and cash to Tehran's benefit, and also of helping the Islamic Republic secretly transfer $20bn of restricted funds, at least $1bn of which was laundered through the American financial system. 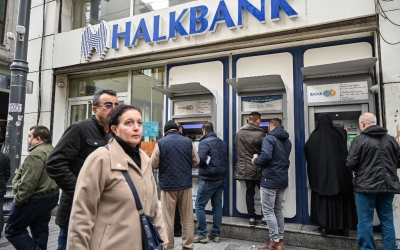 In 2018, the bank's deputy general manager, Mehmet Hakan Atilla, was found guilty and sentenced to two years and eight months in jail over similar charges levied against the state bank.

Reza Zarrab, a Turkey-based gold trader, pleaded guilty in the same case and testified against Atilla.

Zarrab said Turkish President Recep Tayyip Erdogan, who at the time was prime minister, personally authorised a transaction on behalf of Iran.

Erdogan has called the US government's decision to charge the bank an "ugly, unlawful" step and has pushed for the case to be dropped.

The Turkish president reportedly lobbied the previous Donald Trump administration to drop the case, with Erdogan writing Trump a memo in 2018 insisting that Halkbank is innocent, according to a memoir by former US national security adviser John Bolton. Trump then told Erdogan he would "take care of things".

Halkbank appealed the case, seeking to dismiss it on the grounds that FISA rendered it immune from prosecution. The 2nd US Circuit Court of Appeals, however, ruled against the bank, saying it could be prosecuted because its alleged misconduct involved commercial activity not covered by sovereign immunity.

Halkbank then appealed to the US Supreme Court, calling the prosecution "unprecedented" and saying that the 2nd Circuit's ruling "green lights future indictments of any sovereign state".

The Halkbank case is among a number of key issues that have put a strain on the relationship between Nato allies Washington and Ankara.

In the backdrop of the Russia-Ukraine war, five Turkish banks, including Halkbank, suspended the use of the Russian Mir payment system in the past two weeks, after the US Treasury issued new sanctions against it and warned those helping Moscow to skirt the financial penalties. 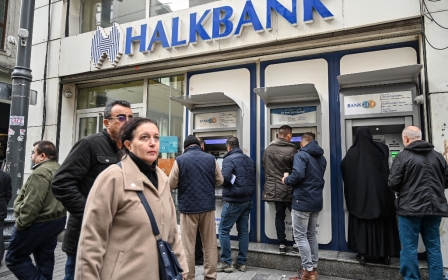 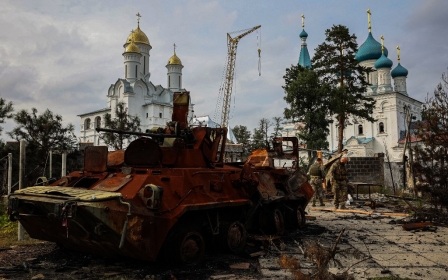 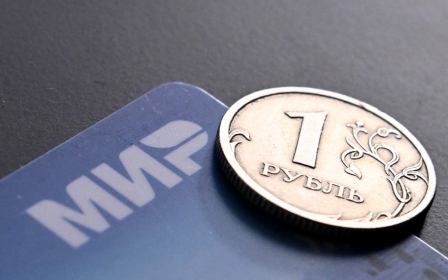