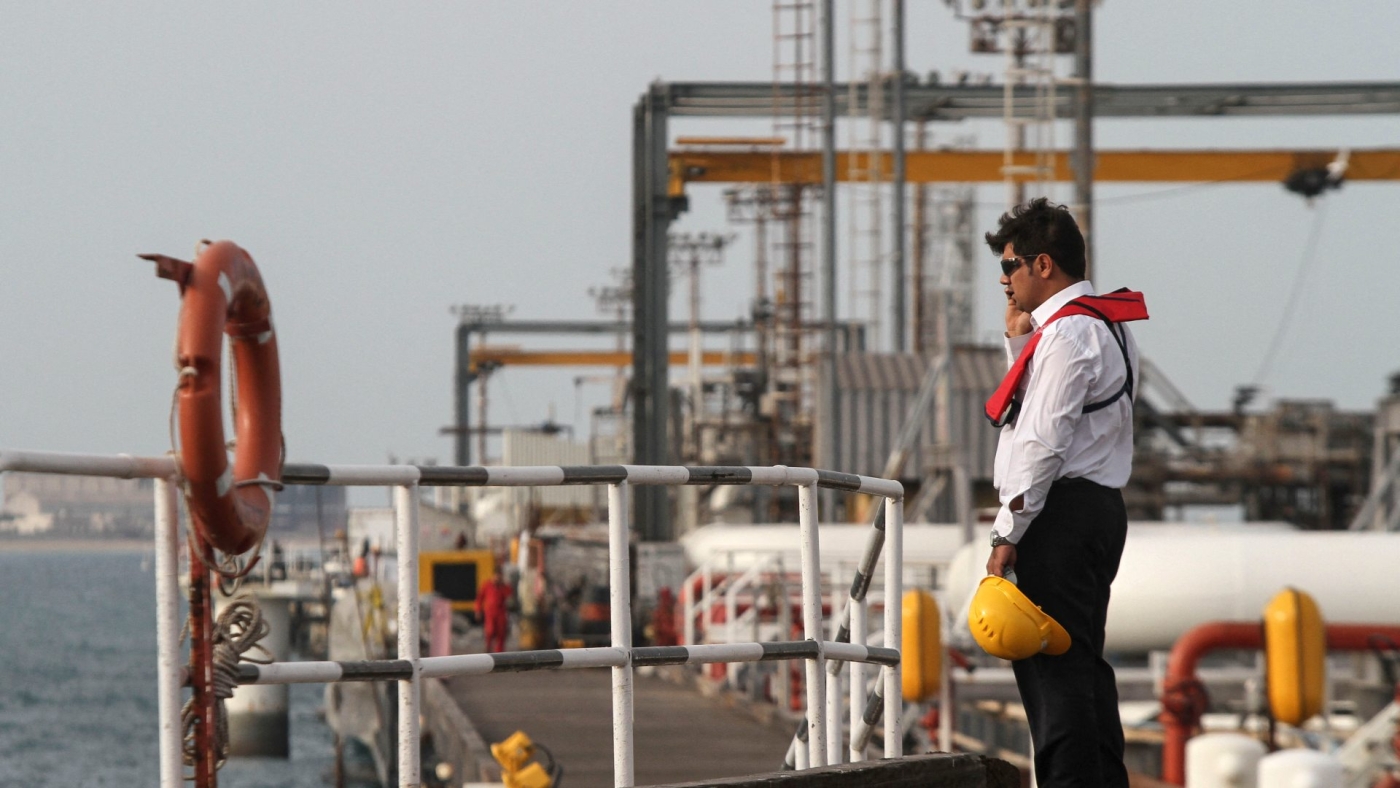 An Iranian technician stands at an oil facility in the Khark Island, on the shore of the Gulf, on 23 February 2016 (AFP/File photo)
By
MEE staff
in
Washington

The United States on Wednesday imposed sanctions on a network of people and entities it accused of helping to deliver and sell Iranian petroleum and petrochemical products to East Asia, as negotiations between Washington and Tehran over reviving the 2015 nuclear deal have hit a stalemate.

The Treasury Department said in a statement that the network used a web of front companies based in the Gulf to facilitate the delivery and sale of hundreds of millions of dollars worth of products from Iranian companies to East Asia. 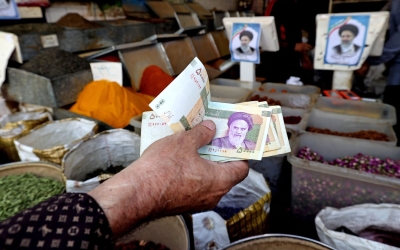 It also included a number of entities from the United Arab Emirates, including Petrokick LLC based out of Sharjah.

"While the United States is committed to achieving an agreement with Iran that seeks a mutual return to compliance with the Joint Comprehensive Plan of Action, we will continue to use all our authorities to enforce sanctions on the sale of Iranian petroleum and petrochemicals," Brian Nelson, the Treasury's undersecretary for terrorism and financial intelligence, said in the statement.

Last month, the US similarly imposed sanctions on a number of Chinese and Emirati companies for helping Iran sell petrochemical products.

Iran's deputy foreign minister for economic diplomacy, however, dismissed those sanctions as ineffective.

"Our petrochemical industry and its products have long been under sanctions, but our sales have continued through various channels and shall continue to do so," Mehdi Safari told Iranian state television in June.

Despite being under US sanctions, Iran's oil prices shot up earlier this year, following the Russian invasion of Ukraine. During the first three months of 2022, Iran's exports rose to 870,000 barrels a day, up 30 percent from an average of 668,000 barrels a day in all of 2021.

Nuclear negotiations at an impasse

The new sanctions come amid what appears to be a continued stall in progress between Iran and the US over the return to the 2015 Iran nuclear deal, officially known as the Joint Comprehensive Plan of Action.

In Qatar last week, indirect talks between Tehran and Washington ended without a breakthrough over how to salvage the accord.

The push in Doha came as US officials indicated they are preparing a "no-deal scenario". The US envoy for Iran, Robert Malley, cautioned in May that the odds of striking a nuclear deal with Tehran were "at best, tenuous".

Sources told Middle East Eye last month that Iran had dropped one of its last sticking points in the negotiations - the delisting of Iran's Islamic Revolutionary Guard Corps. Instead, it has called for the lifting of sanctions imposed by the US against Khatam-al Anbiya Construction Headquarters, an economic arm of the IRGC, and a few other entities.

However, the new proposal has yet to result in any breakthrough in negotiations.