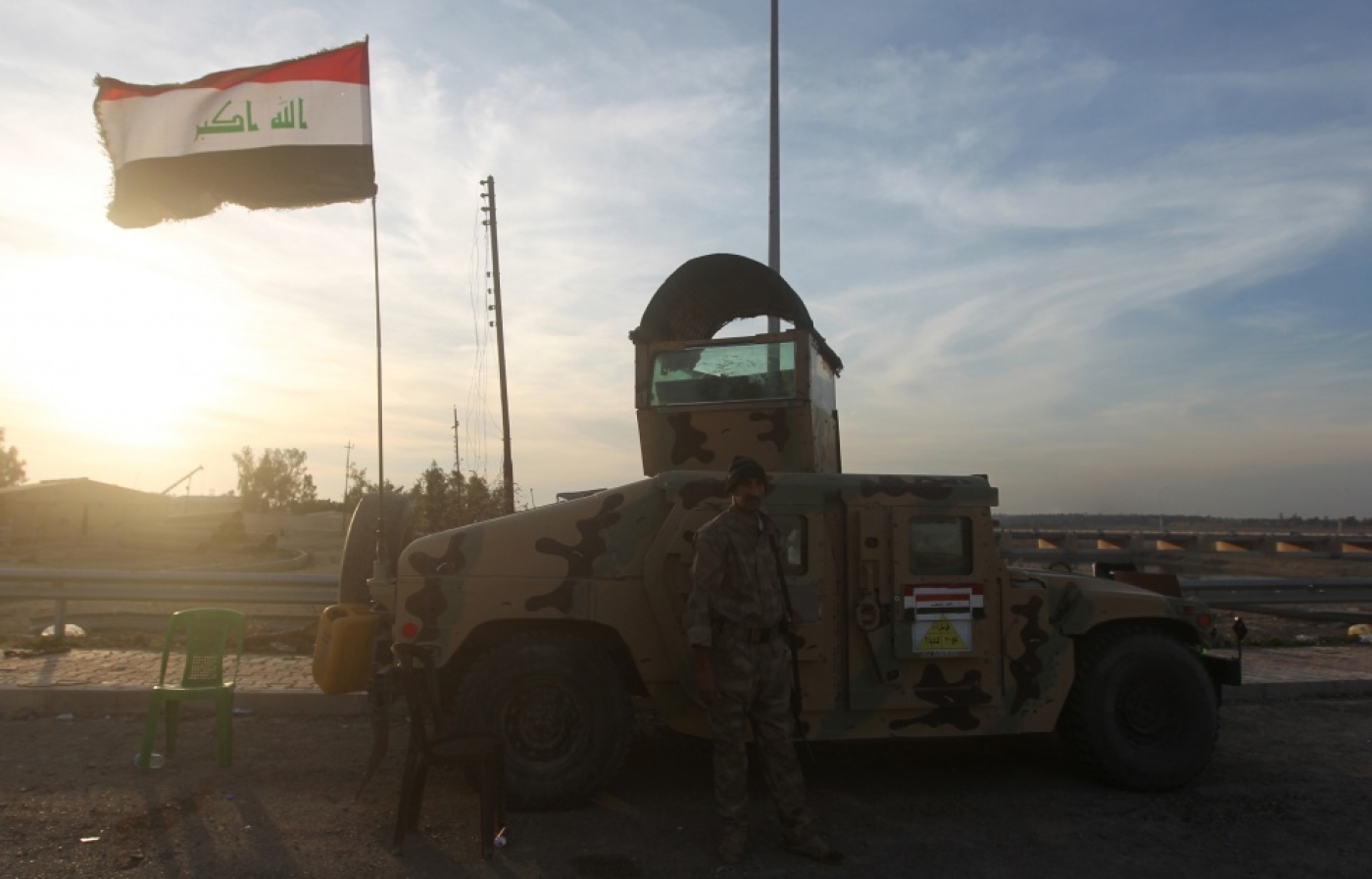 An Iraqi soldier stands near a Humvee as he guards the al-Sodor Bridge, over the Tigris River, near al-Mansuriya in Iraq's Diyala province, on 2 February, 2015 (AFP)
By
MEE and agencies

The US wants Iraq to launch an offensive to retake the strategic northern city of Mosul from the Islamic State group in April or May, military officials said on Thursday.

"The mark on the wall we are still shooting for is the April-May timeframe," the official said, adding that because of Ramadan and the increasing heat of summer, "it becomes problematic if it goes much later (than May)."

A US ground role in the offensive force, to help direct airstrikes, has not been ruled out, the official said.

But Iraqi troops will form the bulk of the force, while three Kurdish brigades are planned to also participate.

US-led coalition aircraft have recently focused airstrikes in the area of Mosul and Kurdish forces have made inroads on the ground nearby.

Kurdish peshmerga forces have also launched successful offensives against IS-held roads near Mosul, which is in the north of the country.

The city once held well over a million people but the remaining civilian population is reported now to be a fraction of that size.

Also on Thursday, military chiefs from two dozen countries gathered in the Saudi capital to seek ways of bolstering the Iraqi army against IS militants.

Many Iraqi soldiers abandoned their weapons and uniforms when IS advanced last June, seizing large areas of the country.

Meanwhile, military chiefs from two dozen countries gathered in the Saudi capital on Thursday sought to bolster the Iraqi army against IS, a Western diplomat said.

US General Lloyd Austin, who heads the US-led war against IS, was among the senior officers attending the two-day talks that opened on Wednesday behind closed doors.

"I'm confident that they are looking at a firm plan, a coordinated plan, to empower the Iraqi army" against IS, the source said, asking for anonymity.

With "nobody" interested in putting ground troops into the country, strengthening Iraq's 200,000-strong army against about 30,000 IS fighters remains the best option, he said.

"The coalition remains the strength of our military campaign," said Austin, who leads the US Central Command.

In a statement, he said the capability of IS "has been degraded in Syria, and they are proving unable to take and hold new territory in Iraq."

But the campaign against them "will take time."

Among Western nations, Australia, Belgium, Britain, Canada, Denmark, France and the Netherlands have all bombed IS in Iraq, alongside the US.

Germany said in December it would send about 100 soldiers to northern Iraq to train Kurdish peshmerga fighters battling the extremists.

And regional powerhouse Saudi Arabia has been participating in airstrikes against IS in Syria since September.

"I think Syria is somewhat on the back burner now," the source said. "The first thing is, you have to clear the house in Iraq."

He said he did not expect any dramatic change in coalition strategy from the Riyadh meeting.

American commanders have placed a top priority on pushing back IS in Iraq, while warning it could take years before a moderate Syrian rebel force is ready to make headway against the militants in Syria.

Four similar meetings have occurred in other countries, SPA said.