Is US heading towards war with Iran? 'Hope not,' Trump says 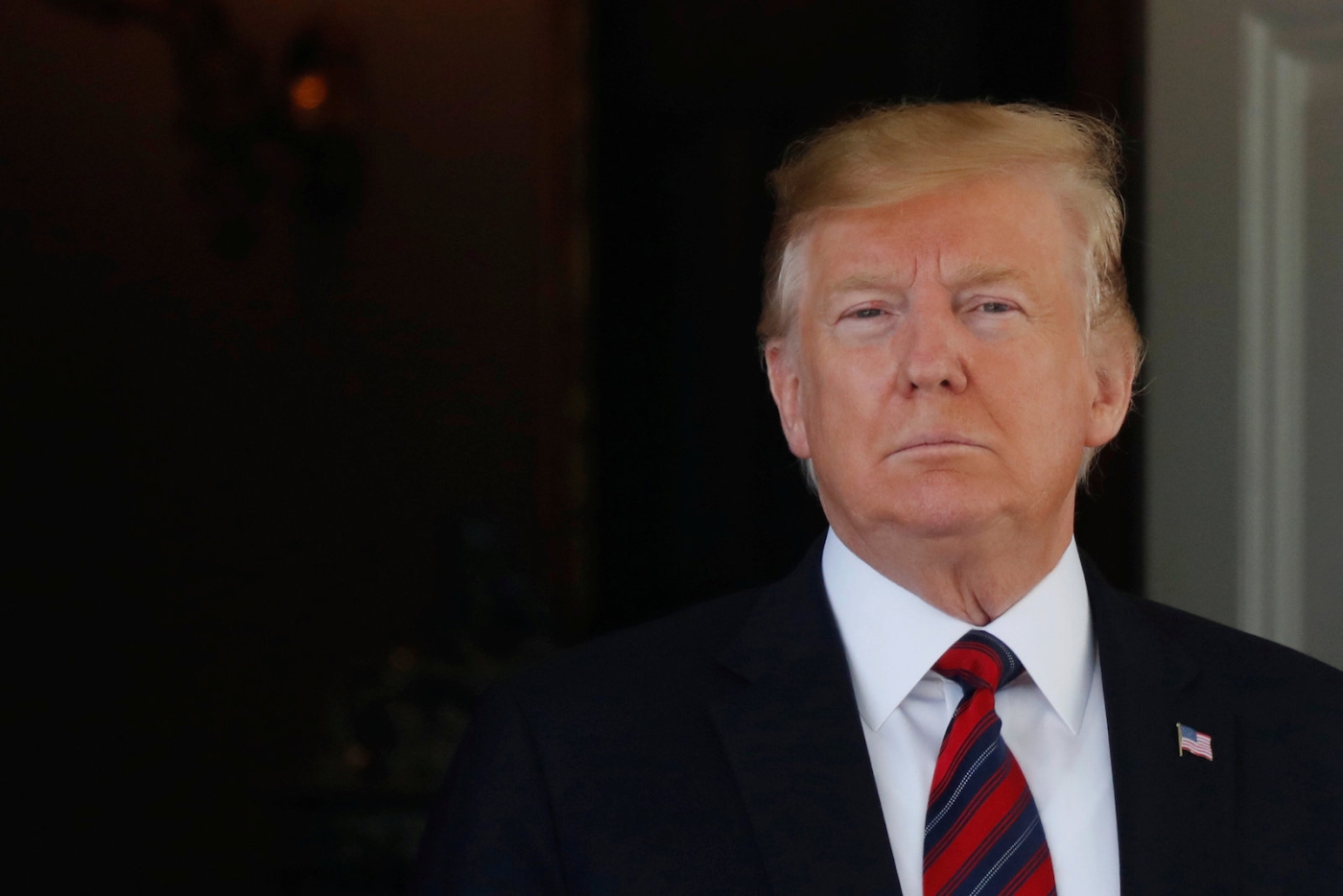 In recent days, Trump has both threatened Iranian leaders and urged them to call him (AFP)
By
MEE staff

President Donald Trump said he hopes the United States isn't heading for war with Iran, amid days of heated rhetoric between Washington and Tehran.

The US president was asked on Thursday at the White House whether Washington was going to war with Tehran.

"I hope not," Trump answered, as reported by Reuters.

On Thursday afternoon, the New York Times also reported that Trump told the acting US defence secretary, Patrick Shanahan, during an intelligence briefing this week that he doesn't want to go to war with Iran.

Citing unidentified administration officials, the newspaper said the president's statement was "a message to his hawkish aides that an intensifying American pressure campaign against [Iran] must not escalate into open conflict".

Those advisers include White House Senior Adviser John Bolton, a longtime advocate of war with Iran, and Secretary of State Mike Pompeo, who was in Brussels this week to try to sway European leaders to back the US's hardline position.

Trump on Wednesday also sought to temper media reports about "infighting" over his government's stance towards Tehran, which has been rejected by some key US allies.

"Different opinions are expressed and I make a decisive and final decision - it is a very simple process," he tweeted. "I'm sure that Iran will want to talk soon."

The Trump administration has pursued a "maximum pressure campaign" against Iran since coming into office, and that pressure has escalated in recent days.

Despite presenting little evidence to back up their claims, unidentified US officials have said they believe Iran intends to harm US troops and allies in the region.

The US imposed new sanctions on Iran earlier this month, deployed a naval strike team to the Gulf in an effort to send a message to the Iranian government and accused Iran of being responsible for the recent "sabotage" of oil tankers off the coast of the United Arab Emirates.

Speaking to reporters during a visit to Tokyo, Zarif said Iran is exercising "maximum restraint in spite of the fact the United States withdrew from [the] JCPOA [multilateral nuclear deal] last May".

The Trump administration's decision to pull out of that 2015 deal, under which Iran agreed to curb its nuclear programme in exchange for sanctions relief, has been widely criticised.

And to mark the one-year anniversary of that US withdrawal, Iran said this month that it also planned to pull out of parts of the agreement. Iranian leaders also called on Europe to defend it against US sanctions.

Still, Iran's Supreme Leader Ayatollah Ali Khamenei said on Tuesday that "there was not going to be any war" with the US, as a military confrontation is not in Washington's or Tehran's interests.

Trump himself has flip-flopped in his public statements during the ongoing row, going from urging Iranian leaders to call him, to warning Tehran that it would pay dearly for any attack by its own forces or allied militias.

That prompted several observers, as well as US allies in Europe and elsewhere, to urge restraint and warn that a direct military confrontation between the two countries may have devastating consequences on people in the Middle East.

Experts have also questioned the US's accusations against Iran, with many saying they don't hold water.

On Thursday, US congressional leaders were expected to receive a briefing from intelligence officials about the alleged Iranian threats against the US.

Democrat Nancy Pelosi, the speaker of the US House of Representatives, said she wanted all the members of Congress to be briefed by next week, before a scheduled, week-long congressional recess, AFP reported.

'I like what I hear from the president, that he has no appetite for this'

"We're hoping that for sure that before the break we will have a classified briefing on the Middle East, on Iran before the full House of Representatives," Pelosi told reporters, the news agency said.

The ongoing row has also highlighted tensions between Trump administration officials and US lawmakers, who say only Congress has the authority to authorise a US military deployment.

Pelosi on Thursday said some of Trump's supporters were "rattling sabers".

"I like what I hear from the president, that he has no appetite for this," she said.

"One of the places that I agree with the president is in both of our opposition to the war in Iraq," said Pelosi, who said Trump opposed the US invasion of that country in 2003.

"And I hope that that same attitude will prevail with [Trump], even though some of his supporters are rattling sabers."