US warns of 'firm measures' if Syria launches new assault 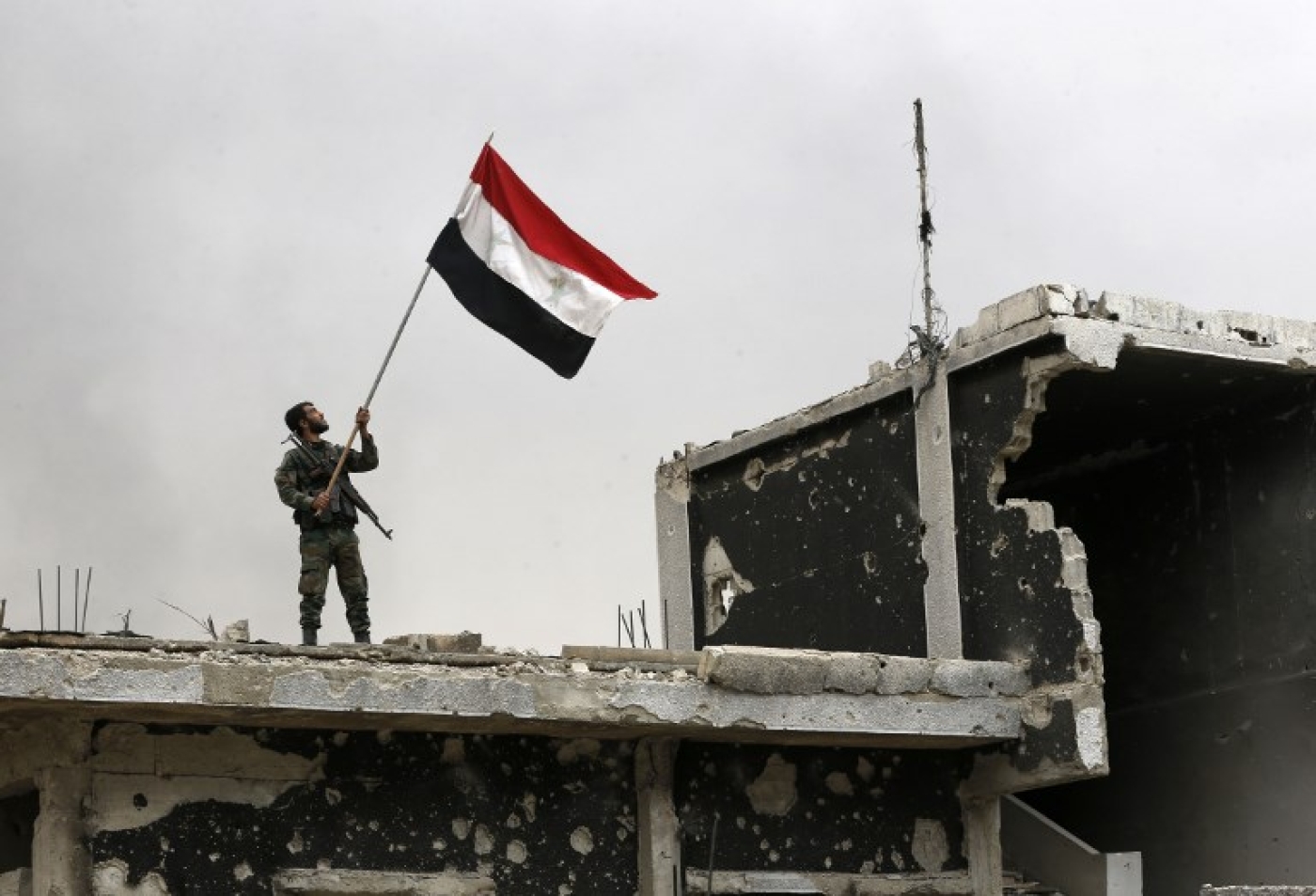 A pro-government fighter celebrates after the recapture of Yarmouk near Damascus this week. Reports indicate government forces will target Daraa next (AFP)
By
MEE and agencies

The US has warned Syria it will take "firm and appropriate measures" if government forces violate a ceasefire by launching an anticipated assault on the rebel-held region of Daraa.

Emboldened by recent victories over rebel outposts near Damascus, government forces of President Bashar al-Assad were on Wednesday reportedly moving into the Daraa province, and Syrian government aircraft have dropped leaflets there calling on rebels to surrender or face being killed.

The territory, one of the last large areas controlled by rebel groups, is covered by a ceasefire agreement signed between the US, Russia and neighbouring Jordan.

On Friday, the US State Department said in a statement it was concerned by the reports of an impending government operation in the area and warned Syria not to escalate the conflict.

"We also caution the Syrian regime against any actions that risk broadening the conflict or jeopardize the ceasefire," State Department spokeswoman Heather Nauert said.

"As a guarantor of this de-escalation area with Russia and Jordan, the United States will take firm and appropriate measures in response to Assad regime violations."

The ceasefire agreement had been reaffirmed by President Donald Trump and Russian President Vladimir Putin at a meeting in Vietnam last November, Nauert said.

She called on Russia, which has been one of Assad's strongest allies in the conflict, to use its influence to prevent further government military actions.

One of the leaflets dropped on Deraa on Friday and seen by a journalist contributing to the AFP news agency includes a picture showing lined up bodies, presumably of anti-government fighters.

"This is the inevitable fate of anyone who insists on carrying arms," reads the leaflet.

Backed by Russian warplanes, ground forces from Iran and allied militia, including Lebanon's Hezbollah, have helped Assad drive rebels from Syria's biggest cities, putting him in an unassailable military position.

They have recaptured all remaining insurgent areas near Damascus in recent weeks, including the densely populated Eastern Ghouta area, and the Yarmouk area on Monday, giving Assad full control of the capital and its surroundings for the first time since 2012.

The government is now in its strongest position since the early months of the war in 2011, although still a long way from achieving Assad's aim of reasserting control over all of Syria.

Anti-Assad rebels still control two large contiguous areas of territory, Idlib in the northwest and Daraa in the southwest. Kurdish and allied Arab militia backed by the United States hold the quarter of Syria east of the Euphrates.

Daraa's location on the border of the Israeli-occupied Golan Heights makes any operation there highly sensitive. Israel suspects Syria's ally Iran of seeking to establish a military presence close to its territory and has repeatedly struck Syrian and Iranian targets in Syria when it felt threatened.