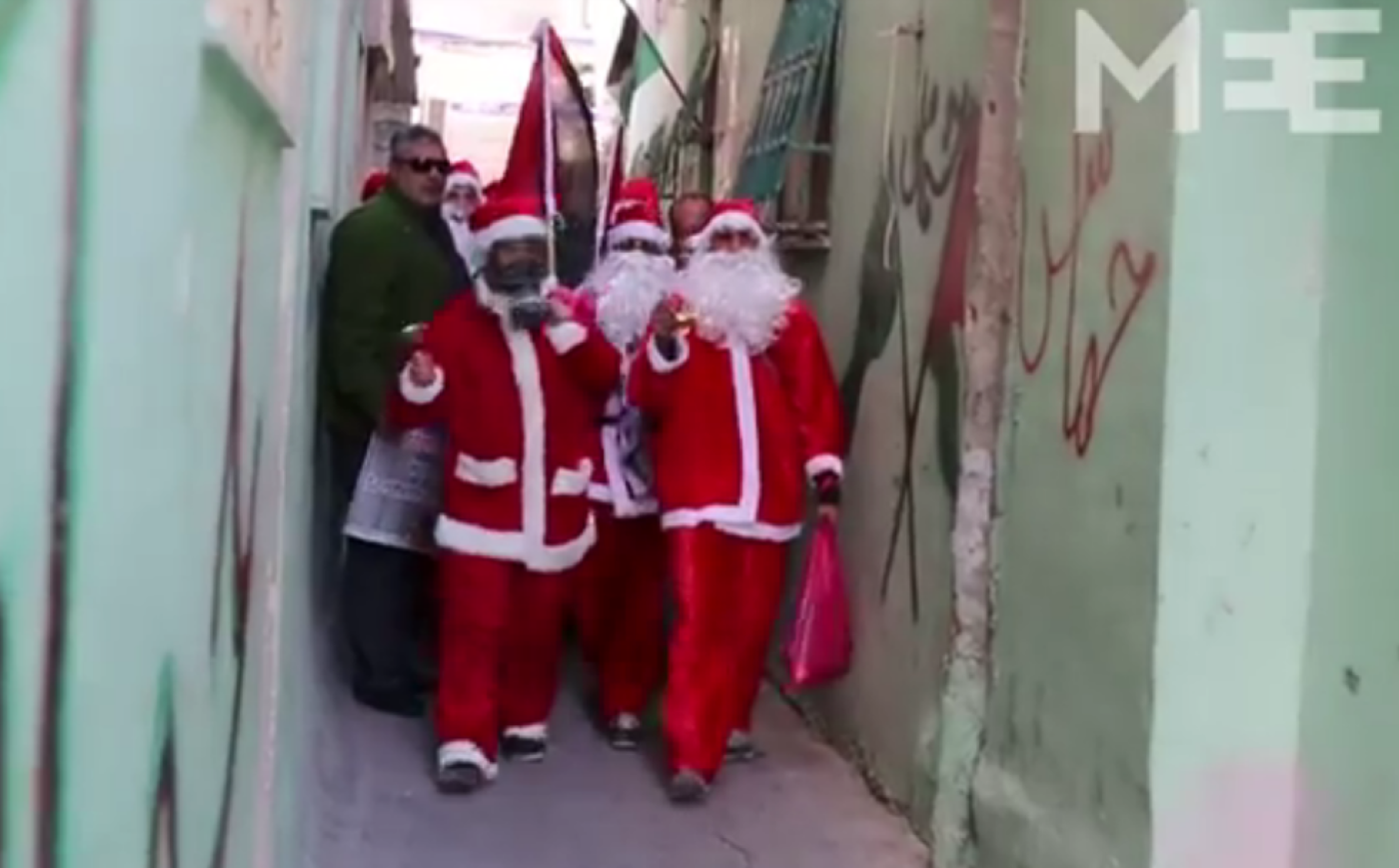 Palestinian Christians say they have often become invisible in the Israel-Palestine conflict behind the perceived schism between Judaism and Islam.

In the run-up to Christmas 2015, Palestinian Christians in Bethlehem dressed up as Santa Claus and gave out gifts to activists and took part in actions against Israeli occupation troops. Religion
On IS front line, Iraqi Christians left to care for abandoned synagogue