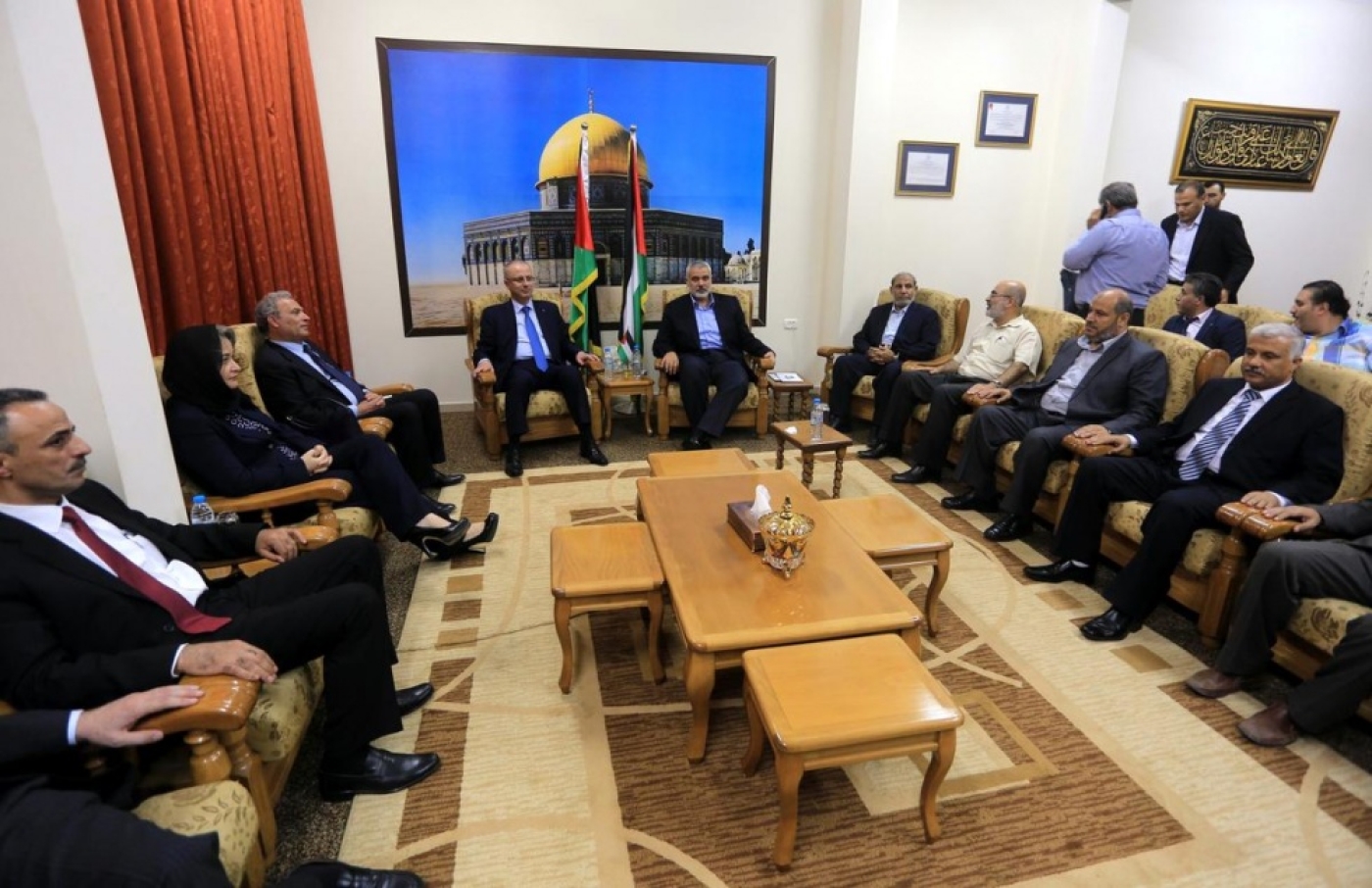 In a historic visit, the Palestinian unity government, reconciling the rival factions of Fatah and Hamas, met in Gaza for the first time on Thursday.

Led by Prime Minister Rami Hamdallah, it marks a renewing of relations after armed confrontation in 2007 led to the separation of governance between Gaza and the West Bank.
"This is the government of all of Palestine... therefore I demand all factions support the government in rebuilding the Gaza strip and restoring a normal way of life," Hamdallah said during the meeting.
Noor Harazeen reports from Gaza on the visit which included a tour of some of the neighbourhoods destroyed by Israel during the Protective Edge conflict with Gaza which lasted for 50 days.
https://www.youtube.com/watch?v=5qz0FeyDNbE&feature=youtu.be

Officials discussed the need to rebuild the Gaza strip and talked about ways of easing the siege and achieving safe passage between Gaza and the West Bank.

Amal Hammad, a Fateh official, told MEE that from now on there is only one Palestinian government and that this is a proud achievement that has been a long time coming.