Members of the Alawite community, traditionally a strong support base for Bashar al-Assad, demand 'retribution' for murder of Alawite colonel Residents of Syria’s coastal province of Latakia, historically home to the country’s Alawite minority, took to the streets on Saturday in a rare protest.

President Bashar al-Assad, a member of the Alawite sect who has drawn support from the minority group during more than four years of civil war, faced calls for “retribution” against one of his relatives, Suleiman al-Assad.

Activists say Suleiman al-Assad, a second cousin of the president, killed a colonel in the Syrian Air Force, Hassan al-Sheikh, over a traffic dispute last week.

Sheikh, a prominent member of the Alawite community, was reportedly shot dead in front of his wife and children after overtaking Suleiman al-Assad in the city of Latakia on Thursday.

Suleiman has denied any involvement with the killing in a string of social media posts published shortly before he closed his accounts.

After nightfall on Saturday, the day after Sheikh’s funeral, more than 1,000 people gathered in the centre of Latakia, according to opposition monitor the Syrian Observatory for Human Rights (SOHR).

Sheikh’s brother, who originally called for the demonstration, addressed the crowd flanked by supporters who held up pictures of the dead colonel.

“This, really, is the Syrian people,” he said.

“We will return here tomorrow [Sunday],” he said, calling for daily demonstrations at 20:00 local time until their demands are met.

Protesters told Syrian Observatory that they will not end their demonstrations until Suleiman al-Assad is executed.

Saturday’s demonstration took place amid heightened security, with opposition news sites reporting that snipers were stationed on nearby rooftops.

The city of Latakia, the main city in the Alawite-majority province of Latakia governorate, has not suffered the devastation seen in much of the rest of the country, thanks to vigorous defence by Assad’s forces.

However, conditions there deteriorated earlier this year after anti-Assad rebels captured the strategic town of Jisr al-Shughour, which lies some 90 km northeast on the town’s key supply route.

Rebels have recently made further gains in the southwest of the country, taking key positions in Hama, which borders on Latakia province.

Before the latest advance, Latakia residents told the World Policy Institute in June that locals were terrified by the presence of opposition fighters so close to the town, and that checkpoints had been set up to root out draft-dodgers amid concern over the depletion of armed forces loyal to Assad. 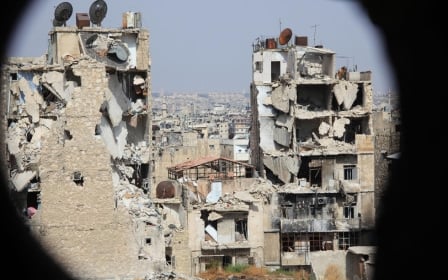