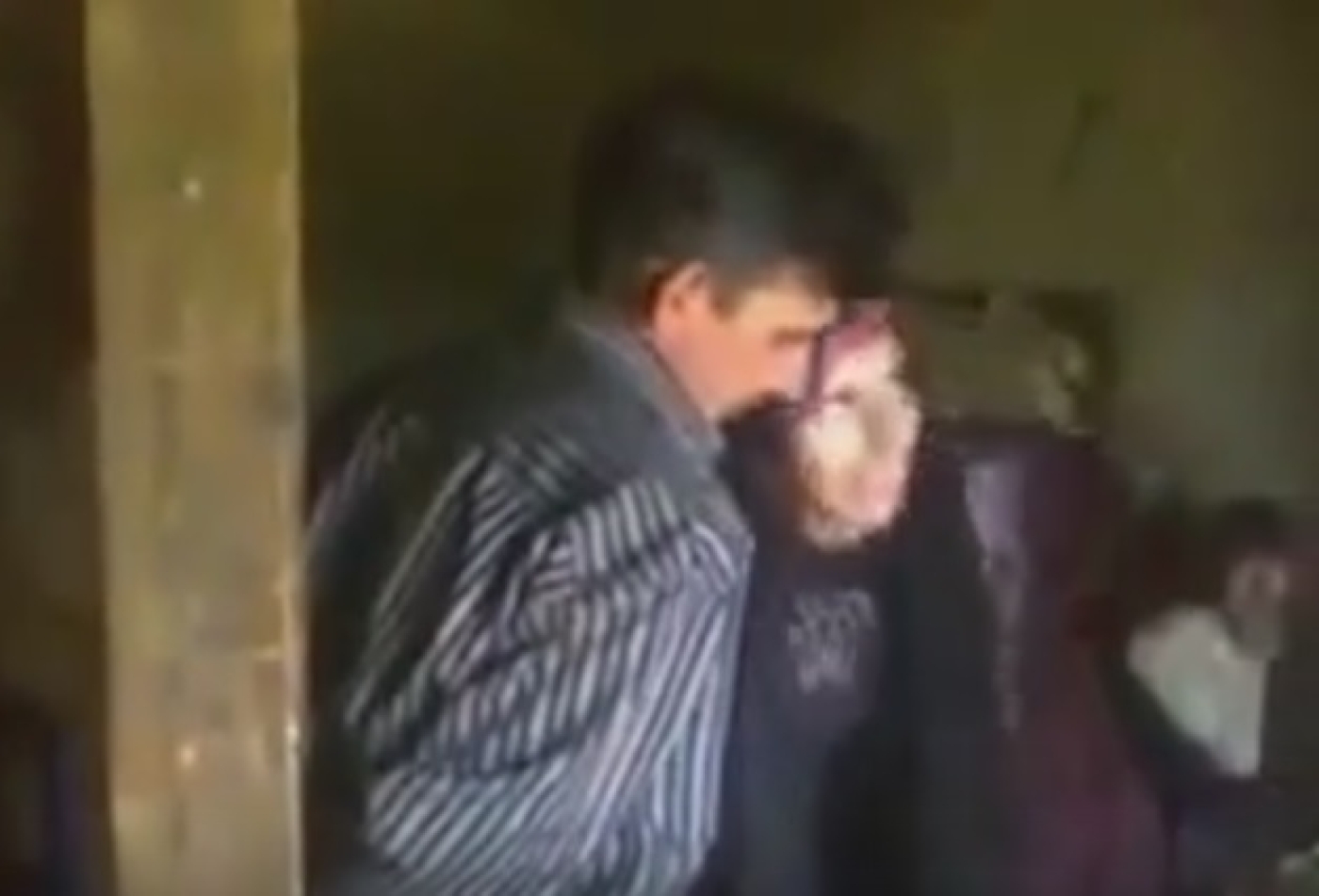 A video which claims to show a Syrian couple being interrogated, beaten and humiliated by forces loyal to President Bashar al-Assad surfaced recently and has since been shared widely on Facebook and other forms of social media.

The perpetrator of the assault is said to belong to the pro-Assad militia, known to Syrians as shabiha but referred to by the government as the National Defence Force (NDF).

The authenticity of the video and the identity of those who appear in it could not be independently verified.

There were allegations on social media that the couple, along with their children, were eventually killed for allegedly criticising former President Hafez al-Assad on TV, but the claims could not be substantiated.

However, the Chairman and founder of the Syrian Network for Human Rights (SNHR), told Middle East Eye that the video appears to be authentic.

"Men and women who have been victims of torture or were held [by pro-Assad forces] in detention have given similar testimonies to us, and much worse of course," SNHR's Fadel Abdul Ghany told MEE.

"Video experts whom I've been in touch with have also confirmed that the video has not been doctored," Abdul Ghany added, stressing that they have come across much grotesque recordings in the past.

"There are much worse videos around, of murder and torture and smashing of heads – all documented in our archives," said Abdul Ghany.

"But [in the video] these are the acts of local militias, not the standard regime strategy inside detention centres – which is much harsher," Abdul Ghany added.

Other examples of torture were reported in June by Vanity Fair magazine, where number of witnesses spoke of the horrors that were taking place in some of Syria's military hospitals, where they had worked before fleeing the country.

Some of the tortured victims "had acid on their hips. I could see straight through to the bone," one witness recalled, while another witnessed said that security forces were "wrapping men's genitals so tightly with a rubber glove that the pressure would cut off circulation".

"Sometimes the mukhabarat [Syrian secret police] guys would pee on the wounds. Other times they would dip a prisoner’s bandages in toilet water and put them back on," one witness told the magazine.

The system is so brutal that on one occasion, a witness told Vanity Fair, that a lieutenant in the Syrian intelligence was ordered to torture his own cousin, for being suspected of belonging to the opposition.

In March, an exhibition was held at the UN headquarters in New York, showing shocking photographs that document torture in Assad's government institutions.

According to a recent report by SNHR, the number of Syrians who were tortured to death since the outbreak of the March 2011 uprising has now reached 11,429.

The majority were victims of forces loyal to Assad, SNHR noted, although rebel groups and militants belonging to the Islamic State – who are infamous for their treatment of prisoners and grotesque executions - were also implicated in carrying out torture.

The use of barrel bombs has also been described as a form of torture, as these are reportedly dropped indiscriminately on civilian population and have killed thousands, and seriously maimed countless others. Assad denies using this brutal and terrifying method, but human rights groups have widely documented their use.

"As the self-proclaimed Islamic State, or ISIS, commits horrendous videotaped executions, it might seem to pose the greatest threat to Syrian civilians," wrote Kenneth Roth, executive director at Human Rights Watch, in the New York Times.

"In fact, that ignoble distinction belongs to the barrel bombs being dropped by the military of Syria’s president, Bashar al-Assad. The Islamic State has distracted us from this deadly reality," he added in the article entitled Barrel Bombs, Not ISIS, Are the Greatest Threat to Syrians.

A rushed translation of parts of the video dialogue:

Interrogator: Why did you appear on TV?

Man: I swear I'm not involved in anything

Interrogator: Who told you to go on TV?

Interrogator: No, my mum

Man: I swear by God I have no ties with them

Interrogator: Why (did you appear on TV)?

Interrogator: God? Which God, the Salafi one or ours? Look at me (and slaps him in the face)

Interrogator: Why did you appear on TV?

Man: I swear I have no relations with them, God damn them and damn their parents

Interrogator: (calling for the wife to be brought in) come here you bitch (he then tells her that her husband hates former Syrian President Hafez al-Assad, father of the current President Bashar al-Assad)

Woman: I swear on my eyes, I don't hate him (in reference to Hafez al-Assad)

Interrogator: But you husband hates him … so what is your husband?

Woman: A donkey (in reference to husband)

Woman: I don't know who that is

Interrogator: (hitting her) You don't know who [Arour] is? What's your husband?

Interrogator: I want you to bray

Woman: (mimicking the sound of a donkey) like this?

Interrogator: Bray (he then starts mimicking the sound of a donkey and then asks the man to bray)

Man: (mimicks the sound of a donkey)

Interrogator: Yes, you're an expert 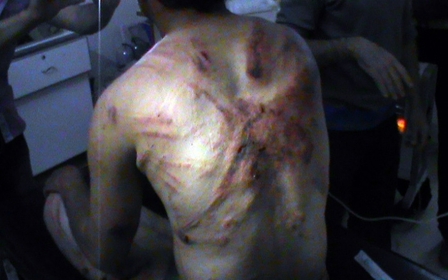