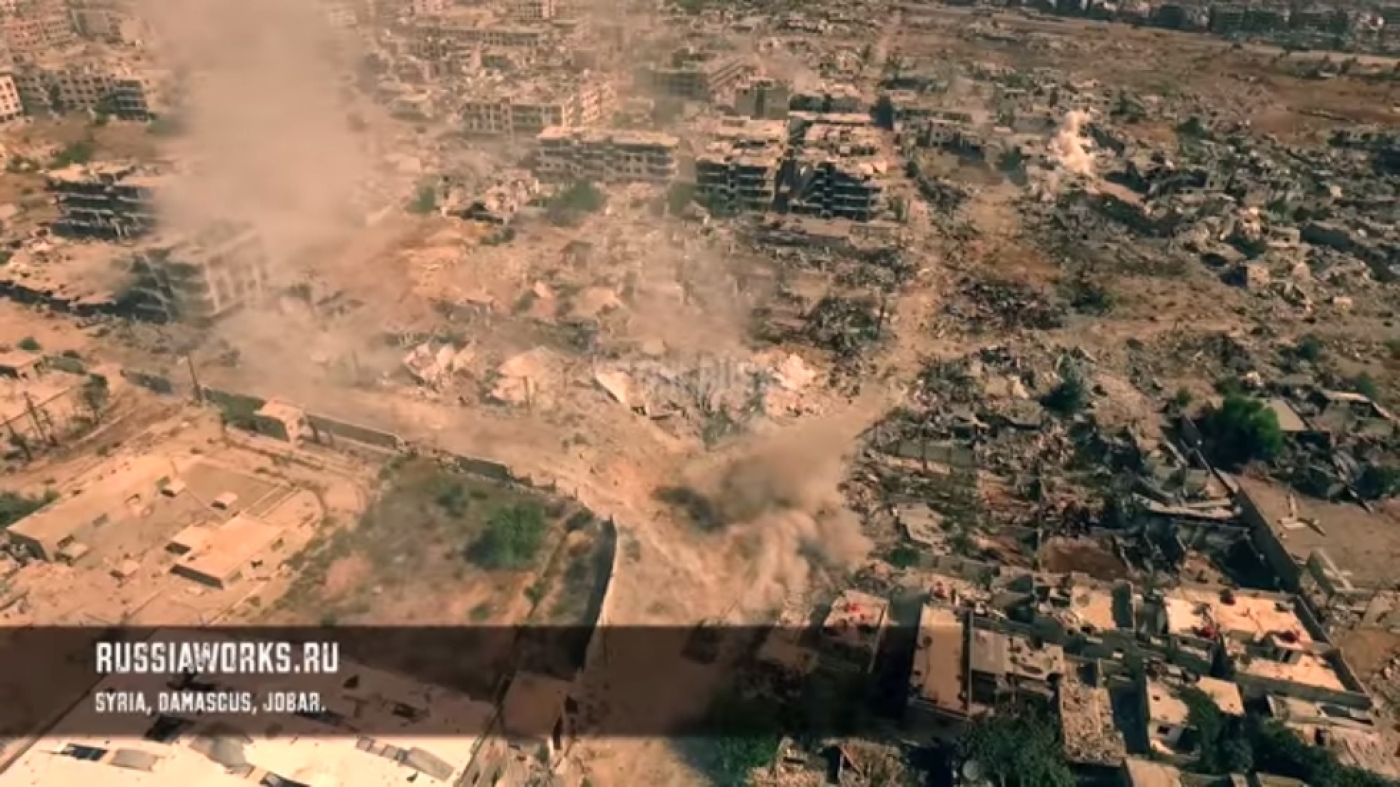 A Russian website has released a highly produced drone footage video showing the ongoing Syrian army offensive against a rebel stronghold in Jobar, an eastern district of Damascus.

Footage of the offensive broadcast on pro-Moscow website Russia Insider, was filmed by Russia Works, a company with ties to the state broadcaster.

It shows the severe damage inflicted on Jobar since the popular uprisings against Syrian President Bashar al-Assad which began nearly five years ago.

The devastated municipality, which lies on the outskirts of Damascus, has been at the heart of intense clashes between rebels and pro-government forces as the Syrian government has battled to re-take Jobar.

The attempt to retake Jobar is one of several offensives launched by Syrian government forces since Russia began air strikes to support ground operations by the Syrian army three weeks ago.

The video shows chilling aerial footage of the destruction in the area, and also captures tanks firing at different targets and what seems to be rebels hiding in a ditch.

The stylised video with techno backing music was released on Youtube on Monday 19 October by Russia Works and is said to be part of a strand of videos produced by the Russia broadcaster to gain domestic support for Moscow's intervention in the Syrian conflict. 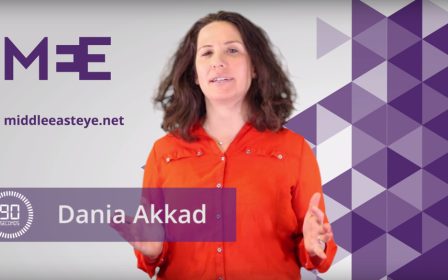