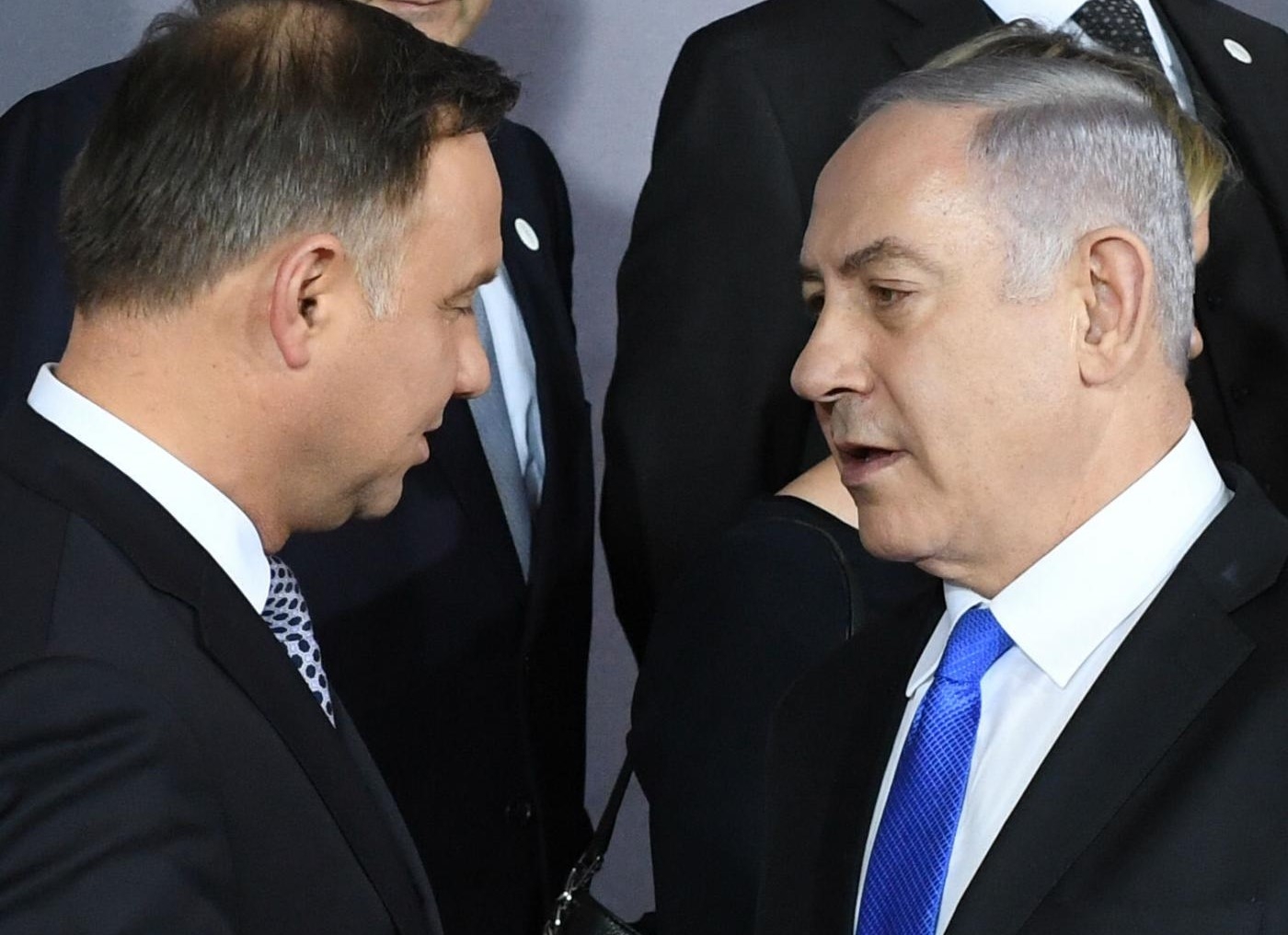 A summit in Israel between the leaders of Poland, Hungary, the Czech Republic and Slovakia has been cancelled after Israel's newly appointed foreign minister said "anti-semitism was innate among the Poles".

Israel and the Czech Republic said on Monday that though the summit was cancelled, they will hold bilateral meetings this week alongside Hungary and Slovakia.

"There will be no full V4 meeting," Emmanuel Nahshon, spokesperson for Israel's foreign ministry, said according to Reuters, using a term for the central European Visegrad bloc. "Three PM's [sic] are arriving and will hold meetings with [Israel's] PM."

Citing Czech Prime Minister Andrej Babis, news agency CTK said Tuesday's summit may be rescheduled for the second half of this year.

Morawiecki had already withdrawn his own participation on Sunday, and had been due to send Foreign Minister Jacek Czaputowicz in his stead, following remarks on Thursday by Israeli Prime Minister Benjamin Netanyahu that the Poles collaborated with the Nazis during World War Two.

On Sunday, Katz, who had been appointed by Netanyahu on the same day, said in an interview with Israel's i24 News that: "I am the son of Holocaust survivors, we will never forgive and never forget, and there were many Poles who collaborated with the Nazis."

It is really astonishing that the newly appointed foreign minister of Israel quotes such a shameful and racist remark. Utterly unacceptable. https://t.co/3mrs60Mulx

He went on to quote former Prime Minister Yitzhak Shamir, saying: "Shamir said that every Pole suckled anti-semitism with his mother's milk.

"Nobody will tell us how to express our stance and how to honour the dead."

Katz, whose remarks led to Poland summoning Israel's ambassador Anna Azari, then told Israel's Army Radio on Monday that he was in favour of maintaining relations with Poland, but repeated his earlier opinions.

"Historical truth cannot be changed. Many Poles collaborated with the Nazis and took part in the destruction of the Jews during the Holocaust ... Anti-Semitism was innate among the Poles before the Holocaust, during it and after it, too," he said.

Marek Magierowski, Poland's ambassador to Israel, tweeted: "It is really astonishing that the newly appointed foreign minister of Israel quotes such a shameful and racist remark. Utterly unacceptable."

'The Poles collaborated with the Nazis'

Netanyahu was quoted as saying at a security conference in Warsaw on Thursday that: "The Poles collaborated with the Nazis and I don't know anyone who was ever sued for such a statement."

The Israeli premier was referring to a controversial Holocaust law that Poland passed in late 2017 and later softened with Israel's blessing, which criminalises anybody accusing the Polish nation of complicity in Nazi crimes. Azari had also been summoned by Poland's foreign ministry on Friday to explain Netanyahu's remarks.

Morawiecki called Netanyahu Sunday to tell him of his plan to cancel his planned attendance.

Morawiecki said in an interview published on Sunday by Polish news agency PAP that Azari explained that Netanyahu was referring to individual cases of Poles collaborating with Nazis.

Before World War Two, Poland was home to one of the world's biggest Jewish communities which was almost wiped out by the Nazis.

Many Poles still refuse to accept research showing thousands participated in the Holocaust in addition to the thousands who risked their lives to help the Jews.

Tensions between Israel and Poland ran high last year after Poland introduced the new legislation that would have made the use of phrases such as "Polish death camps" punishable by up to three years in prison.

After pressure from the US government and an outcry in Israel, Poland watered down the legislation, removing the prison sentences.