Voices from Ramallah: What do you expect from Palestinian unity? Palestinian students celebrate the political unity deal between Hamas and Fatah in May (AFP)
By
Patrick O. Strickland

RAMALLAH – After seven years of division between the Hamas-controlled Gaza Strip and the Fatah-dominated Palestinian Authority in the occupied West Bank and East Jerusalem, PA President Mahmoud Abbas announced “the formation of a national unity government” here on Monday.

The reconciliation comes after several failed attempts in the past, including a 2011 agreement in Cairo and another in Doha in 2012.

New elections are expected to take place in six months, Abbas said. The Palestinian Authority hasn’t held democratic elections since Hamas dominated the 2006 parliamentary elections. The United States and Israel later backed what Vanity Fair reported to be a Fatah-led coup that ultimately resulted in the division of the West Bank and the Gaza Strip.

Nonetheless, while speaking in Gaza City on Monday, Hamas leader Ismail Haniyeh announced that Hamas will work with the new unity government. Khaled Meshaal, leader of Hamas' political bureau, also told the MEE in an exclusive interview that unity was necessary to force Israel to bring the occupation to an end.

“Neither Israel nor any occupier will change its policy voluntarily. It must be forced to change itself and our resistance, unity and steadfastness will change them," Meshaal said. "We are not waiting for Netanyahu to change himself. We Palestinians have the ability to change them. This is our strategy."

The Palestinian Authority has time and again declared its commitment to achieving, through US-brokered negotiations with Israel, an independent Palestinian state in the West Bank, including East Jerusalem, and the Gaza Strip. Hamas, on the other hand, has repeatedly declared its right to armed resistance, though its willingness to compromise on territorial claims remains unclear. For years, Palestinians have pushed for unity between the two.

Speaking to Middle East Eye, Palestinians in the occupied West Bank city of Ramallah expressed a wide range of opinions regarding the reconciliation agreement.

“Until now, I have no idea what this agreement means because nothing seems clear. There are a lot of politicians in this new government who make me think it will be much like the old government. Hamas and the Palestinian Authority are two different complete governments. There are two ministers of health, two secret police forces, and so on. Will there be a unified security force? Yesterday on Palestine TV, they were talking about the security cooperation between Israel and the Palestinian Authority – does that mean Hamas will also cooperate with Israel? And why hasn’t America fully opposed this yet? Nothing is clear.”

“The unity is very good for both Hamas and Fatah. Since the first day of the division, we know that this was one of the worst crises for us because only Israel benefits from it… by sowing division between Gaza and the West Bank. The division made it possible for Israel to continue taking land from us and building more colonies. The Palestinian Authority and the Palestine Liberation Organization should represent all Palestinian voices. Palestinians are one people with one interest, one blood. We are both Muslims and Christians and include all sorts of parties, like Fatah, Hamas, [and] Islamic Jihad. We ought to respect our martyrs and move past this [division]. We should look to the future, focus on tomorrow, because Israel is taking the rest of Palestine every day… through settlements, through military areas in Area C. The main priority is to stop the cancerous settlements on our land and free our prisoners, including the children. Our goal should be to free Palestine as one united resistance and bring Jerusalem back to us.”

“On the ground, this agreement doesn’t do anything. I think Israel will just use this, not release the final batch of our prisoners by using the unity as an excuse. Hamas and Fatah aren’t doing anything on the ground – Hamas’ popularity isn’t growing in the West Bank, and Fatah’s isn’t in Gaza. A lot of people here don’t like either Hamas or Fatah, so I don’t think anyone was impressed by this unity. You can look at it like a distraction. They have been doing this forever… the Palestinian Authority has been using everything as a distraction from the political reality since the Oslo Accords in 1994. It doesn’t change our reality.”

“I support the reconciliation one hundred percent and the normalisation between Fatah and Hamas. The situation needs to improve and return to how it was before the division. Hamas and Fatah are brothers, are related, because we are all Palestinians living under the same occupation. I really hope that the situation improves. It seems that Israel is going to respond harshly. Israel already says it is against the reconciliation, but Israel is against us no matter what. Israel would punish us no matter what we do, whether or not we are united or not, with or without the agreement. That’s because Israel is against us as a people. It’s better for us to be united, and we don’t care now – and never have cared – about Israel’s opinion."

“You can interview, but please don’t take a photo. The agreement between Fatah and Hamas is a good start, but we are all hoping is that this isn’t just another staged event for pictures and televisions. That happened many times in the past. We hope that it is finally real this time. Most importantly, we hope that they stop negotiating with the Israeli occupation because it only makes the situation worse. While negotiations happen, people are arrested and killed, and land is lost. We hope that the political parties also realize that the only way we can take back our Palestine, is by taking it back the same way it was taken from us.” 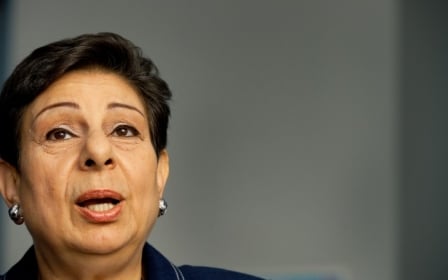