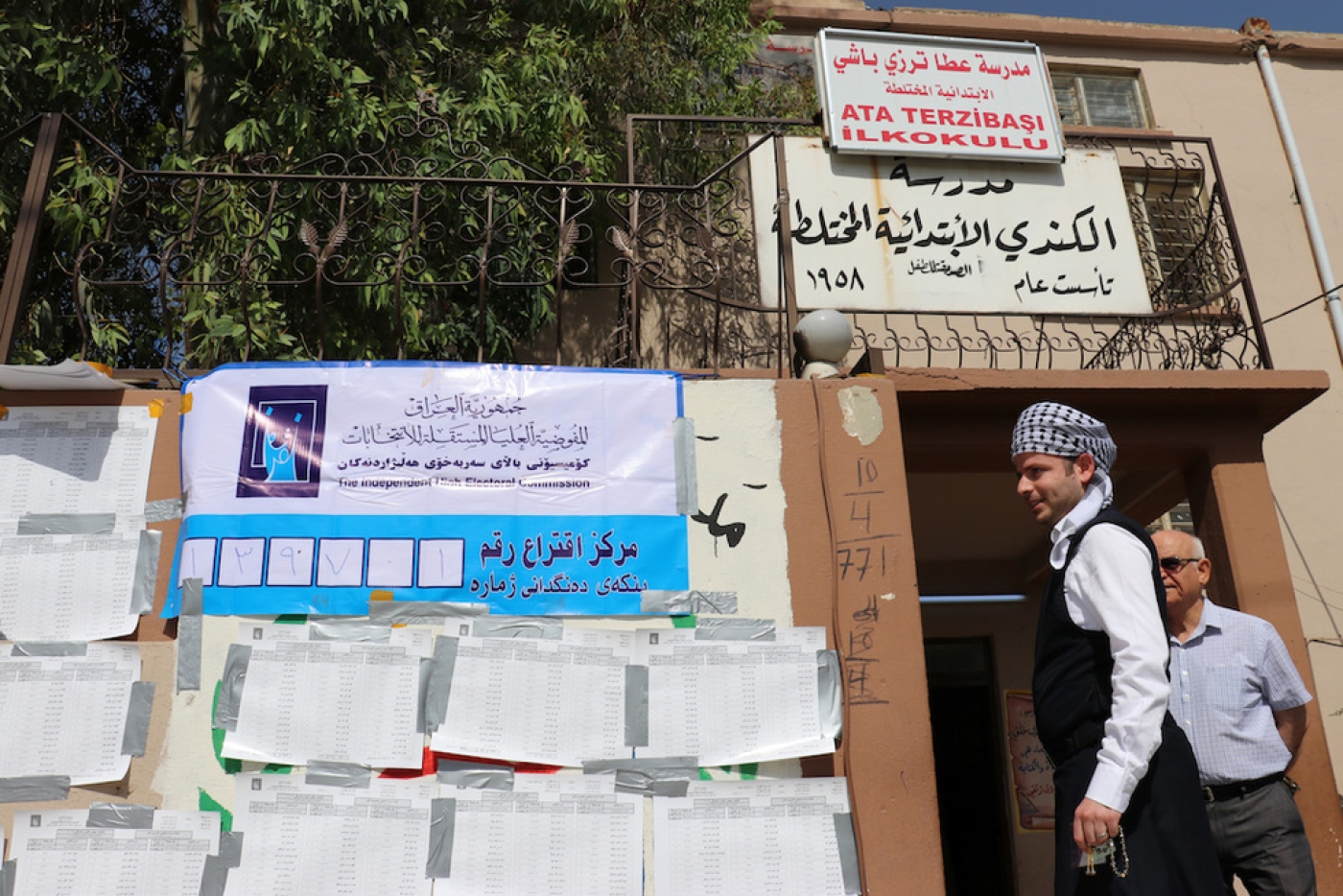 An Iraqi official has claimed that a "difference" is already emerging in the contested city of Kirkuk, as a recount begins of votes cast in May's controversial parliamentary elections.

A manual recount of votes began on Tuesday at the Kirkuk Sports Activities Centre, focusing on 522 ballot boxes from polling centres where allegations of fraud were made.

The Patriotic Union of Kurdistan (PUK) won half of all seats in the city, according to the original electronic count, a result that was heavily contested by members of the city's Arab and Turkmen population.

“The manual recount of just 23 ballot boxes was done [on Tuesday] and there is a difference in the number of votes per the manual and electronic count,” a source told the Iraqi Kurdish news agency Rudaw.

Arshad Salihi, head of the Iraqi Turkmen Front, also claimed in a Facebook post on Tuesday that "following the opening of the appealed ballot boxes in Kirkuk and digital matching between the barcode and electronic verification, large differences in results are shown."

The PUK, which has rejected any accusations of vote manipulation, was the main military and political force in Kirkuk after they captured the city in 2014 having repelled an onslaught by the Islamic State group.

In October 2017, however, they were driven out of the city - or fled - after an operation launched by Baghdad to recapture the city.

Kirkuk is claimed by Kurds as their cultural capital, but the city's demographic make up, which is fiercely disputed, has made such claims highly controversial among the Turkmen and Arab communities.

Ali Mahdi, a local leader of the Turkmen Front, told Middle East Eye in May that it was impossible to believe that in Iraq - where politics is still heavily split down sectarian lines - such a large number of non-Kurds had voted for the PUK.

"In an Arab area, in Hawija, there are no Kurds," he said, referring to a district in western Kirkuk province.

According to results released by the Independent High Electoral Commission (IHEC), voters in the Arab and Turkmen-populated district voted mostly for the PUK.

Mahdi said his party had acquired information from a source on a cross-section of votes from Hawija.

'Plot to harm the nation'

That kicked off a fraught process as leaders of political blocs became embroiled in negotiations over the formation of the next government.

Representatives from the United Nations and foreign embassies will attend the process, as will local and international observers.

One person was killed and 20 wounded in Kirkuk on Sunday when a suicide car bomb went off near a storage site housing ballot boxes.

Police sources said the warehouse was not damaged.

The driver detonated the vehicle before reaching the entrance of the warehouse after officers guarding the facility opened fire, they said.

In early June, a storage site holding half of Baghdad's ballot boxes went up in flames in an incident Prime Minister Haider al-Abadi described as a "plot to harm the nation and its democracy".

A new government cannot be formed in Iraq until the votes are recounted and ratified. According to AFP, only Iraqi state TV has been granted access to the recount, while other media have been denied entry.