Having never been exposed to sign language before, Hamza shows off what he has learnt 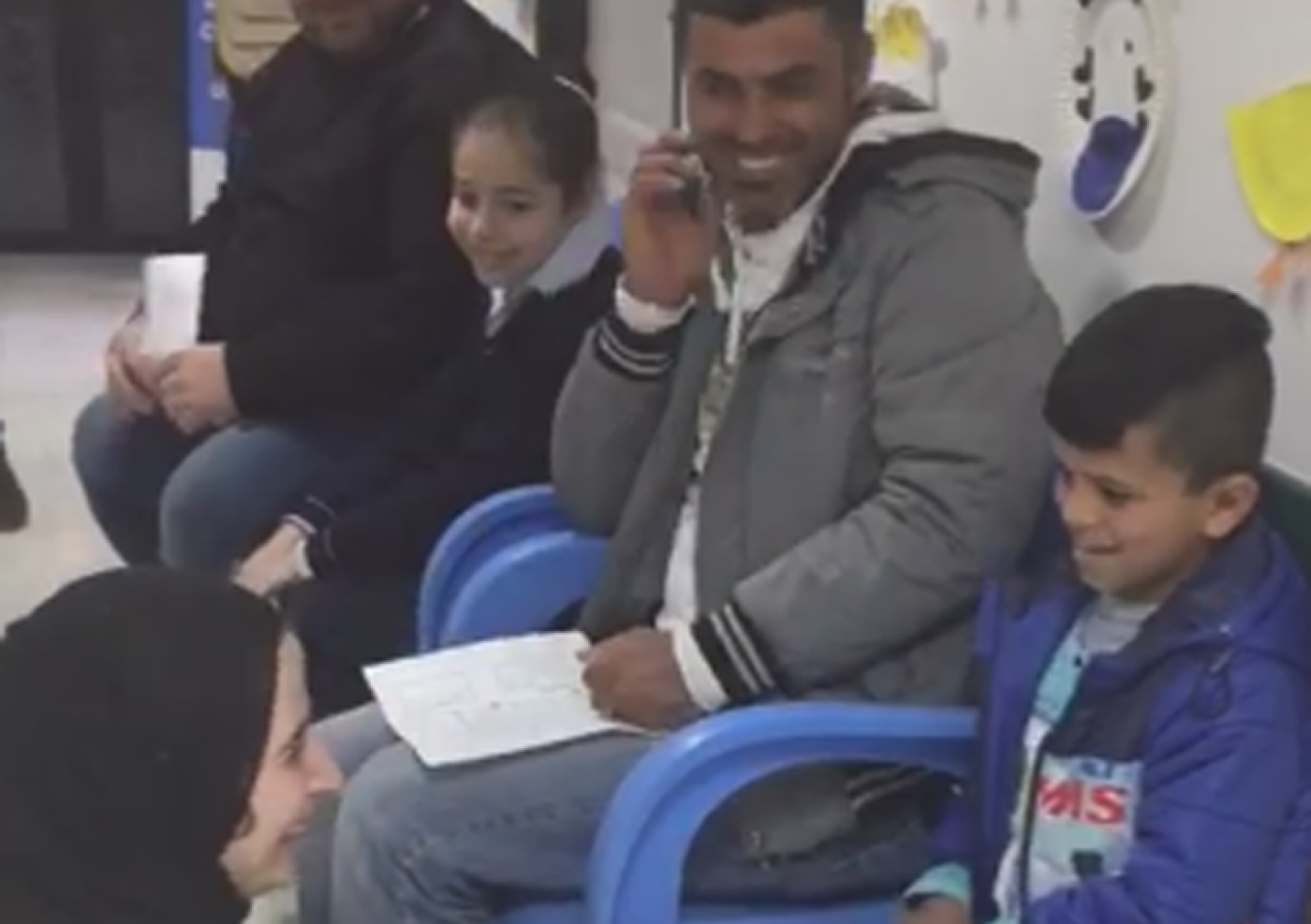 Hamza is a deaf six-year-old Syrian refugee who fled the war in Aleppo to Lebanon and had never been exposed to sign language, until now.

Zaineb "Zee" Abdulla, vice president of Chicago-based organisation Deaf Planet Soul (DFS), was on a trip to Lebanon when she walked past Hamza as he waited to see an audiologist. She decided to teach him a few signs in the meantime.

To Abdulla's surprise, when she returned to Hamza 30 minutes later, the congenitally deaf Syrian refugee could remember all that he had been taught and began using the signs spontaneously.

Having been caught on camera, the video of this interaction was later posted to Abdulla's Facebook page and has since gone viral, with a current view count close to 1 million views.

DFS is a non-profit in Chicago that works to empower people who are deaf and hard of hearing.

Having planned and fundraised for this trip for 11 months prior, the organisation embarked on the "world's first Deaf-led humanitarian aid mission", providing audiological care, hearing aids and sign language resources to refugee children living within the camps of Lebanon.

Describing their recent trip, the DFS website says: "Syrian refugee children face unprecedented rates of hearing loss and until our recent mission, no NGO had addressed this issue within the camps of Lebanon."

"We were met with overwhelming need. We worked 12 and 13 hour shifts, screened hundreds of children, counselled countless parents and distributed toys, hearing aids and sign language books until our resources were completely exhausted. Despite this, we know we made only a small dent in the number of children who truly need our services."

Abdulla spoke to Middle East Eye about the inspiration behind the trip.

"Deaf Planet Soul always look for whatever worries we find in the community and we try our best to fill it," she said. "We are aware that there aren't a lot of facilities avaible for those who are deaf, and that includes deaf refugees."

Talking about her passion for sign language and it's importance, Abdulla told Middle East Eye that "sign language is what you need to change deafness from a disibility to a cultural identity, and that's what we are trying to do."

A spokesperson for DFS has previously stated, "When people think of refugees, they think of cut-off limbs and brain injuries, and all these visible things. They don’t think about the invisible results of war. They don’t think that this kid who can’t hear really needs help."

Abdulla has previously gone viral with videos she produced showing Muslim women who wear hijabs how to fight back if attacked.

Teaming up with the Chicago Mixed Martial Arts group, she worked on providing "Hate Crime Survival Seminars" - a place for Muslim women to learn how to defend themselves against verbal and physical assaults.

Note: 'Hamza' is a name that has been given by Abdulla in order to protect his identity. 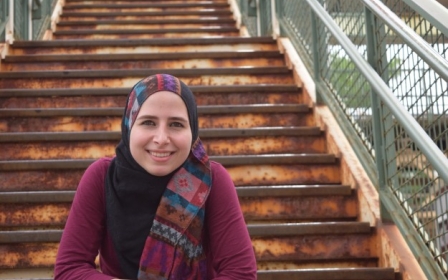 USA 2016
VIDEO: Meet the Muslim woman teaching others how to fight back 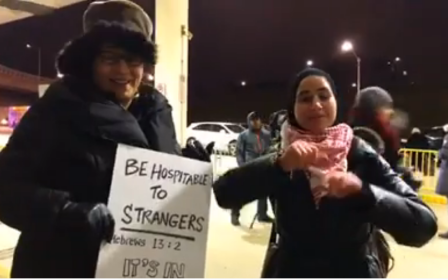 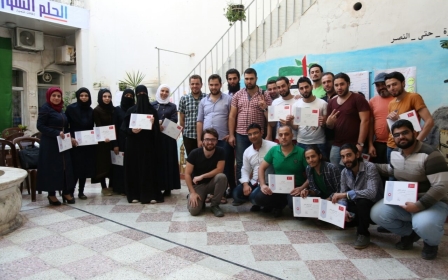