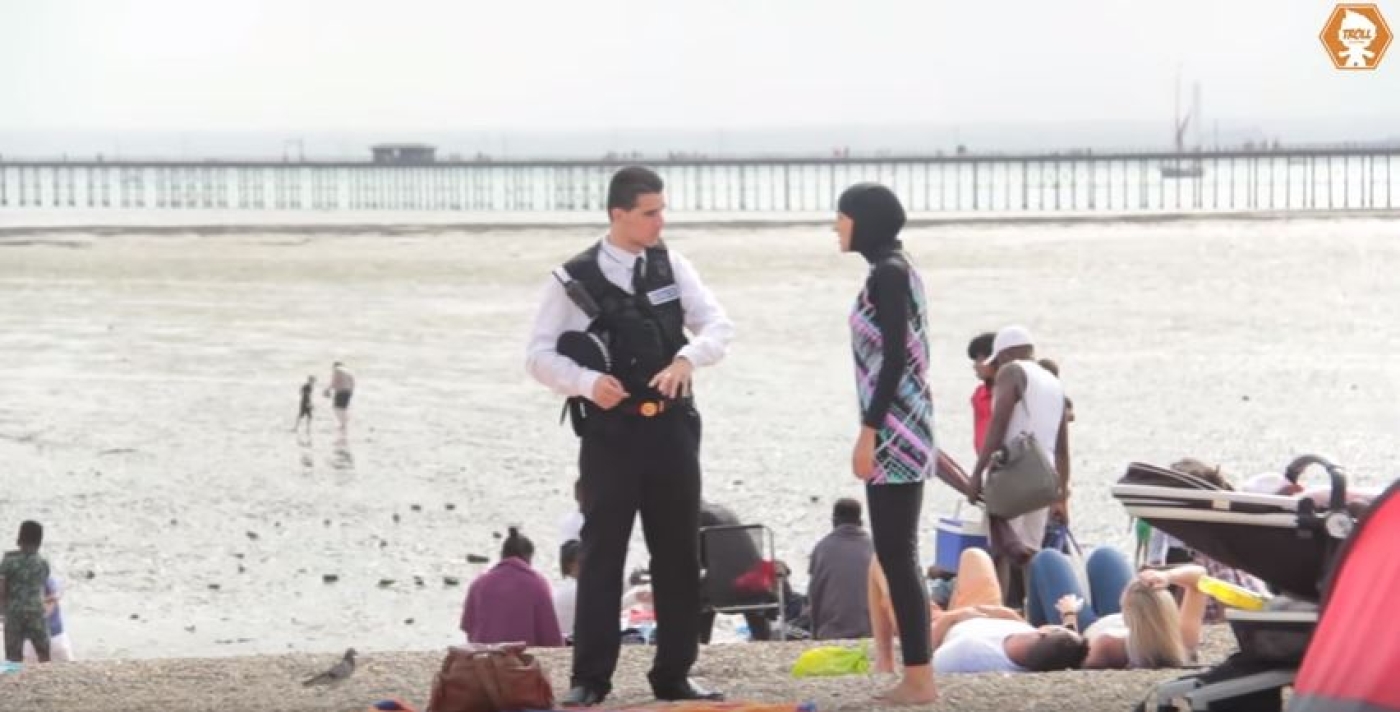 A team of actors recreated the infamous French incident on a British beach. (Trollstation)
By
Charles B. Anthony

A ban on so-called "burkini" swimsuits at many French beach resorts has stoked controversy and a legal dispute after a photo emerged last week of police confronting a Muslim women on the beach in Nice and seemingly ordering her to remove some of her clothing.

Last week, France's highest court ruled the ban illegal and said it constituted a "serious and manifestly illegal violation of fundamental freedoms", but at least 20 mayors subsequently said they would defy that ruling.

In the UK, a team of actors this weekend conducted an experiment by secretly filming how British beach-goers at Southend-on-Sea reacted to seeing a Muslim woman in a full-length swimsuit being ordered to remove the garment by a man dressed in a police-style uniform.

"You can't wear it at the beach. You are wearing it because you are oppressed," the fake police officer tells the woman. He then grabs the woman's head covering and tries to pull it off.

But it isn't long before a crowd has gathered around to protest, with one woman telling the 'officer', "You can't do that. It's religious. You cannot discriminate her against her religion."