What does the Turkey-Israel detente mean for Hamas? 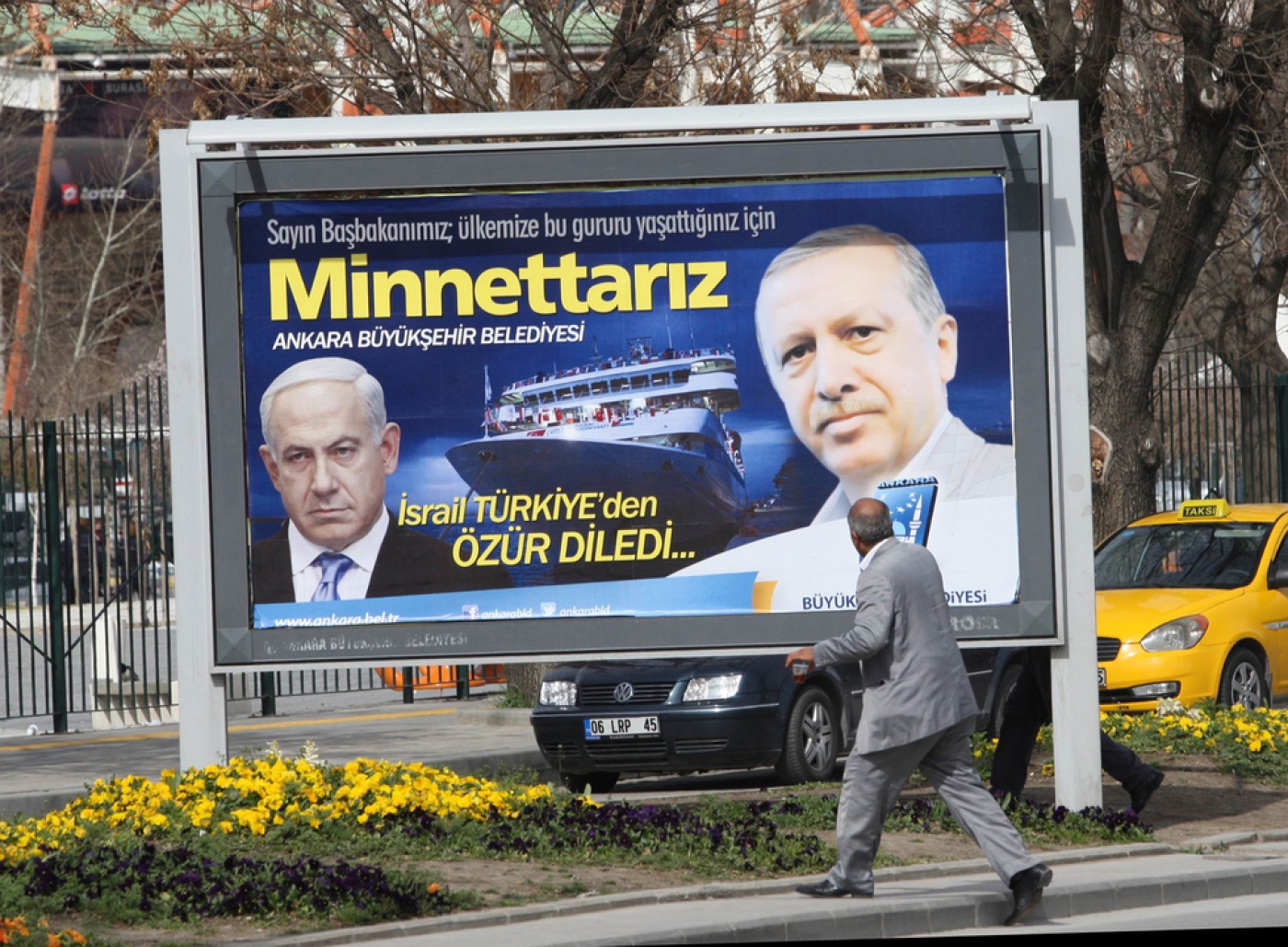 The thawing of relations between Israel and Turkey could mark a significant shift in the power structures of the Middle East, particularly as both countries increasingly share similar policies on Syria and Iran.

However, questions have been raised about what the renewal of ties will mean for Turkey’s relationship with Hamas, the Palestinian movement that has received support from Ankara in recent times.

Little has emerged about a meeting between Hamas leader Khaled Meshaal and Turkish President Recep Tayyip Erdogan in Istanbul on Saturday, but many assumed that the Hamas leader will have been pleased with the news that the Justice and Development party (AKP) government is in negotiations with Israel.

A Turkish source in Istanbul, speaking to Haaretz, defined the meeting as "private", and pointed out that Meshaal's visit had received little media attention.

However, according to a report on Ynet, the meeting helped organise the “voluntary” departure of Salah al-Arouri, the senior Hamas official who has been pinpointed by Israel as the major suspect behind the killings of three Israeli settler teens in June 2014, an incident which eventually spiralled into Israel launching a devastating 51-day assault on the Gaza Strip.

There have been conflicting reports as to Arouri's current whereabouts.

The major point of contention in the negotiations is the issue of the Gaza blockade, which Turkey has long stipulated as a major obstacle to any renewal of ties with Israel.

Bassem Naim, a senior Hamas official, said on Monday that news about the possible normalization of ties was “not happy news” unless Israel lifted the blockade, according to the Jerusalem Post.

“In the beginning it sounded like it wasn’t good news, that it maybe surprised many of the people here in Gaza," he said, but added that he was now "happy to understand that there are no compromises on the three conditions".

“We believe that from what we know about the Turks, from what’s been said to our leaders, from all these statements and knowing the Turkish people that their hearts and minds are with the Palestinian people, there is nothing that will be compromised on the three conditions and nothing will hurt the Palestinian cause.

“Turkey will stand firmly behind the Palestinian people and especially behind Hamas.”

Turkey-Israel relations were frozen in 2010 following the Israeli assault on Mavi Marmara, the flagship of an aid flotilla organised by a Turkish charity to bring supplies to Gaza. The attack resulted in the deaths of nine people. The charity had been attempting to break the eight-year blockade on the Gaza Strip.

The six ships, organised by the IHH Humanitarian Relief Foundation and Free Gaza Movement, were part of a flotilla that carried supplies intended to help repair Gaza following Israel's 2009 war on the coastal enclave in which more than 1,400 Palestinians, largely civilians, were killed.

Following the collapse in Turkey-Israel relations, Turkey has long maintained that three conditions must be met before ties could be renewed: a public apology from Israel, compensation for the families of the victims, and the lifting of the blockade on Gaza.

The first two conditions have been met at various points - the third condition, however, is a sticking point.

He said that, despite the push to renewed talks, the AKP government had always maintained a commitment to the lifting of the siege, though there could be space for wiggle-room, as had been suggested by Erdogan in 2013.

“Until now they have been saying ‘we will not forget Gaza, we will not do any deal without Gaza',” the Hamas official told MEE.

“To what extent they will stress the lifting of the siege completely or to have something in between I’m not sure.”

Unlike other Muslim-majority countries, Turkey has had a close relationship with Israel since its establishment in 1948.

Turkey was the first Muslim-majority country to recognise the newly formed state and has maintained security and intelligence ties for decades.

Israeli Mossad agents are even thought to have been instrumental in the capture of Kurdistan Workers' Party (PKK) leader Abdullah Ocalan in Kenya in 1999.

Even during the recent breakdown in relations between the two countries, trade between the two has remained steady and even “boomed” according to some local media reports.

Data from the Turkish Statistics Institute showed Turkish exports to Israel jumped to $US2.92 billion in 2014 from $US1.5 billion in 2009, while imports from Israel increased to $US2.7 billion from $US1.1 billion in the same period.

The AKP’s attempt to mend relations with Israel comes at a time when Turkey has found itself caught in a diplomatic storm over the shooting down of a Russian fighter jet in November and the subsequent killing of the pilot by allied Turkmen militias.

A breakdown in relations between the two countries means that there could be a need to find alternative partners in the region, said Turkey analyst Ankarali Jan.

“They need alternative sources of energy in case Russia turns Iran against them, and they're realising how isolated they are in the Middle East,” he said.

Jan told MEE that senior leaders in the AKP believed that the Israelis are able to exert an enormous influence on regional politics and that they would attempt a “two-track diplomacy” approach by engaging both Israel and Hamas.

“Even before they came to power, the first thing [former President Abdullah] Gul and Erdogan did before setting up the AKP was to do a tour of Israeli lobby thinktanks in the US,” he said.

“I think they might believe that if they can make themselves useful to Israel, their international reputation might be rescued from the doldrums, especially in the US.”

A 'haven' for Muslims

A report in Al-Monitor on Monday claimed that the process for reconciliation between the two countries was leading to the effective shutting down of Hamas' offices in Istanbul - it also suggested that this was not something Meshaal and other Hamas leaders would be too unhappy about.

The article claimed that Arouri was viewed as running a "rogue branch" in Istanbul and that the dismantling of operations coupled with a potential easing of the Gaza blockade could sell reconciliation to the Hamas leadership.

"Erdogan is dangling two carrots in front of Meshaal: a significant easing of the blockade (which Israel is interested in implementing as long as there are Turkish assurances that weapons and ammunition will not be smuggled into Gaza) and the dismantling of a rogue branch office in Istanbul that has been going over the heads of the movement leadership," wrote Shlomi Eldar.

However, Ahmed Yousef denied that Turkey would shut its door to Hamas, or that it would meet Israel's demand that Arouri be banned from Turkey.

"Turkey is a safe haven for all the Muslims who’ve been oppressed by their governments or because of the occupation," he said. "Turkey hosts many of the Palestinians who have been freed from the Israeli jails - Arouri was among those for a while, but now is not staying in Turkey.

"Turkey will never accept anybody putting any conditions on them regarding hosting or being a safe haven for Muslims."

A poll by Pew Research stated that while 80 percent of Turks held negative views of Hamas, 86 percent also held a negative view of Israel.

Ankarali Jan said that, in spite of the potential contradictions, Erdogan’s supporters were unlikely to rebuke him too strongly for renewing relations with Israel.

“They don't have many other options at the moment,” he said. “They are pro-Palestinian, but they're not going to leave the party over it.”

“Palestinians won't believe that Erdogan is really pro-Israeli either ... among Hamas supporters the cult of Erdogan is absolutely thriving.” 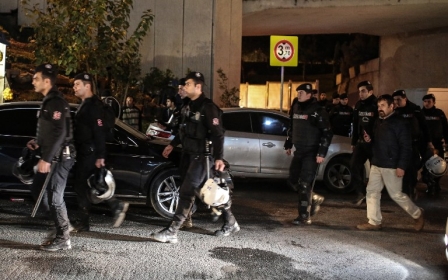