The White House accused Israel of a betrayal of trust on Wednesday, warning that plans to build hundreds of new settlement homes deep in the West Bank were moving the country toward a "one-state reality of perpetual occupation".

"We did receive public assurances from the Israeli government that contradict this announcement," he said.

"I guess when we're talking about how good friends treat one another, that's a source of serious concern as well."

In a strongly worded statement, the State Department said building the units "is another step toward cementing a one-state reality of perpetual occupation".

The plan not only undermines hopes for peace with the Palestinians but "is fundamentally inconsistent with Israel's future as a Jewish and democratic state," spokesman Mark Toner argued.

Washington has long opposed Israel's policy of building Jewish settlements on land in the West Bank that would be claimed by the Palestinians in any negotiated "two-state" peace deal.

US officials have adopted a more forceful tone with Prime Minister Benjamin Netanyahu's government in recent weeks, accusing it of recklessly accelerating the program despite international concern. 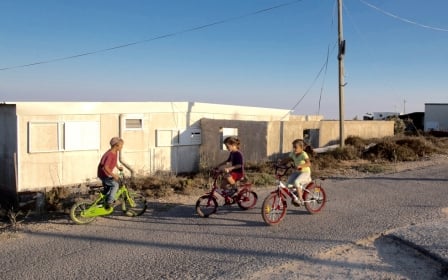