Who are the 70,000 fighters the UK will be backing in Syria? 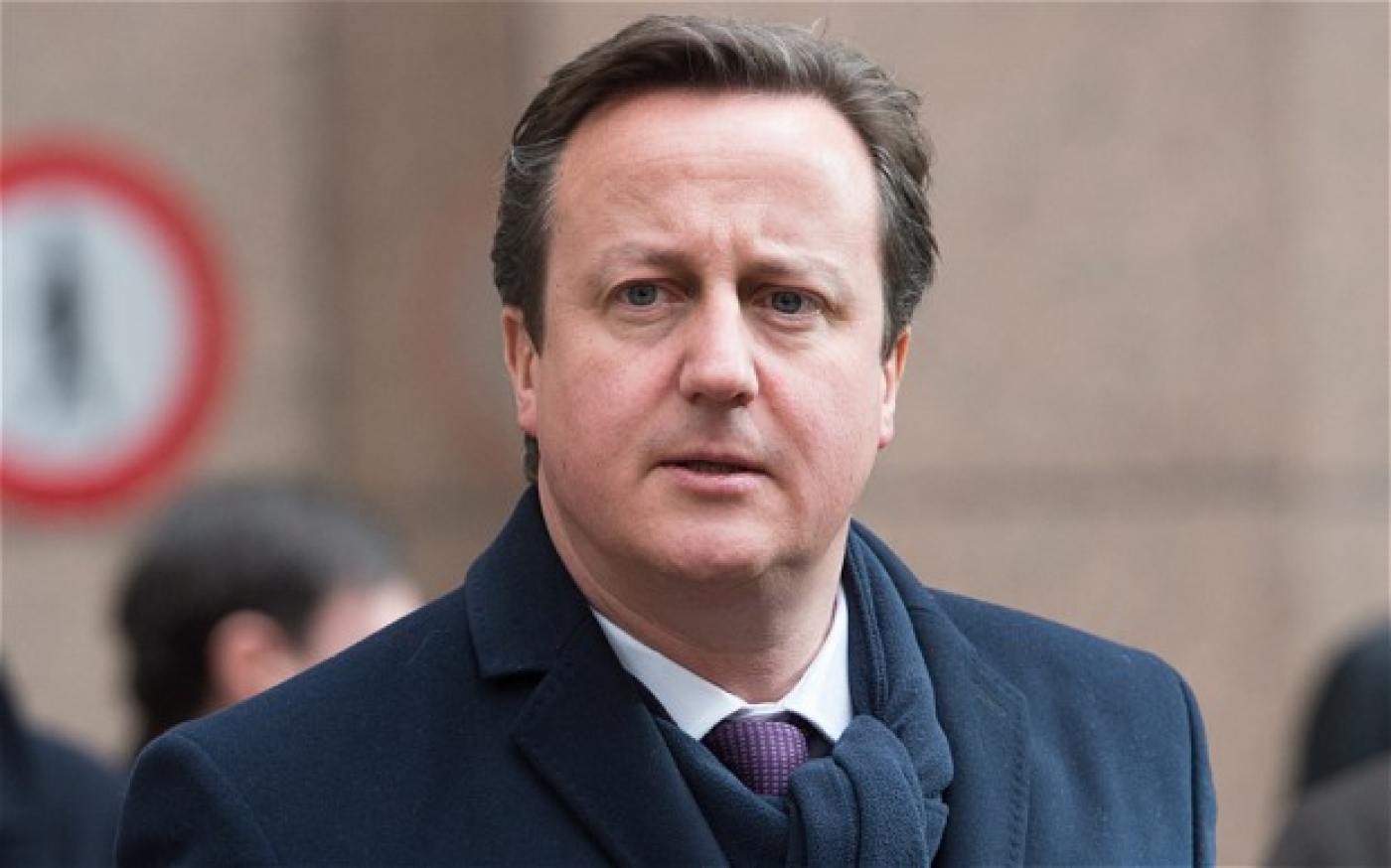 David Cameron, Prime Minister of the UK, outlined his policy towards Syria on Thursday (AFP)
By
Alex MacDonald

UK Prime Minister David Cameron on Thursday delivered a speech to the House of Commons in which he set out future plans for UK military intervention in Syria.

In response to criticism that air strikes in Syria would not be enough to ensure the defeat of Islamic State, the Prime Minister stated that there were 70,000 Syrian opposition fighters “who do not belong to extremist groups" able to fight against IS and work with the US-led coalition forces.

In a statement accompanying the speech - which came in response to a broadly critical report by the Commons foreign affairs committee - Cameron stated that allies in Syria included the Kurdish People’s Protection Units (YPG) and the Southern Front of the Free Syrian Army.

He also referred to “moderate armed groups in northern Syria” who had managed to defend “territory north of Aleppo” from IS.

The question of supporting “moderate” groups in Syria has, however, proved controversial in the past, as a large number of groups in Syria opposed to both the government of Syrian President Bashar al-Assad and IS have been identified as Islamist or Salafist fighters.

Michael Stephens, Research Fellow for Middle East Studies at the Royal United Services Institute (RUSI), told Middle East Eye that he had received information from the Foreign and Commonwealth Office that the 70,000 number cited by David Cameron did not include some 50,000 troops of the YPG.

Though the Kurdish YPG is seen as "moderate" and have been one of the most effective ground forces against IS, their desire to primarily liberate land seen as part of a future Kurdish state has meant their scope has been limited, with Cameron today warning that "only moderate Sunni Arabs can retake traditionally Sunni Arab areas such as Raqqa".

Stephens added that the only information given to him was that the 70,000 number included groups that fought both Assad and IS. No specific groups were mentioned.

“It's unclear as to the composition of the groups and this needs to be clarified,” Stephens said.

Aymenn Jawad al-Tamimi, an analyst at the Middle East Forum, told Buzzfeed that the Free Syrian Army is quite fluid and includes a wide array of groups under its banner.

“It depends on what factions of the FSA the prime minister is referring to,” he said, in reference to Cameron's comments about most of the 70,000 fighters coming from the FSA.

“The factions that tend to be referred to as the FSA get direct backing from operation control rooms in Amman and Turkey, usually with CIA involvement, which gives them access to [high grade] weapons and intelligence…if it is those groups he is referring to, then that’s a much smaller number than 70,000.”

MEE contacted the Foreign Office, but was directed to the prime minister's office, which said that they did not have a breakdown of the groups involved in Cameron's figure.

MEE also contacted the Joint Intelligence Committee, but at the time of publication did not receive a response.

Stephens said that if the figure did not involve the YPG, then it was likely that groups labelled "Salafist jihadist" were included.

While the group - which has received support from Turkey, Saudi Arabia and Qatar - has opposed democracy in the past they have not been directly linked to either al-Qaeda or IS.

Stephens suggested that Cameron might have been referring to Ahrar al-Sham and their allies when referencing “moderate armed groups in northern Syria”.

“As far as I'm aware it's the Islamic Front and those groups that are aligned with the Kurds along that Afrin border that he would probably be talking about,” he told MEE.

“[As for] the rest I'm unsure what the breakdown is.”

Though the Islamic Front has never included groups officially linked with al-Qaeda, the politics of Ahrar al-Sham and others have been criticised by a number of commentators.

Nafeez Ahmed, writing for MEE, described Ahrar al-Sham's vision for Syria as “apocalyptic” and the group has frequently fought alongside al-Nusra Front, al-Qaeda's affiliate in Syria, under the banner of the Jaish al-Fatah coalition in Idlib province.

A move that would see the UK back allies of Nusra would prove particularly controversial as the decision unanimously agreed by the UN Security Council to target IS in Syria last week also includes a stipulation to “prevent and suppress” the activities of Nusra and “entities associated with al-Qaeda”.

Stephens agreed that a move by the UK to back the Islamic Front would be risky considering Ahrar al-Sham's ideology.

“Ahrar is technically not al-Qaeda, although I would question that [premise] – I think that technically there is tracing paper between Ahrar and al-Qaeda,” he said.

However, the group has also hit back at accusations that they were on par with al-Qaeda, specifically in an editorial in the Washington Post in July in which it criticised the broad categorisation of the Syrian opposition groups as “moderate” or “extremist”.

“We consider ourselves a mainstream Sunni Islamic group that is led by Syrians and fights for Syrians,” wrote Labib Alnahhas, foreign affairs spokesperson for Ahrar al-Sham.

“We are fighting for justice for the Syrian people. Yet we have been falsely accused of having organisational links to al-Qaeda and of espousing al-Qaeda’s ideology.”

Similarly, Jaish al-Islam, one of the largest groups in Syria and another Islamic Front member, has attempted to moderate its image in the eyes of the West.

In 2013, Zahran Alloush, the charismatic leader of Jaish al-Islam, spoke of his desire to “wash the filth of the Rafida and Rafidism” from Syria, using derogatory terms for Shia and Alawite Muslims.

In another speech in January 2014, he also stated that Jaish al-Islam “denounces democracy completely”.

However, in a May 2015 interview with the US-based McClatchy newspaper, he appeared to have significantly changed his message, claiming that he only wanted to establish a state free of “sectarian discrimination” against Syria’s Sunnis.

“We want to establish a state in which our rights are fulfilled,” he said. “After that, the people should choose the sort of state they want.”

Stephens said that the moderate tone that some groups previously labelled Salafist-Jihadist had taken could mean that they may be more acceptable partners to Western forces.

“I don't know if he's (Cameron) talking about Jaish al-Islam, but if that's included in the figure [of 70,000] it's not necessarily the end of the world – it is Salafist but it's not jihadist and there is a distinction there.” 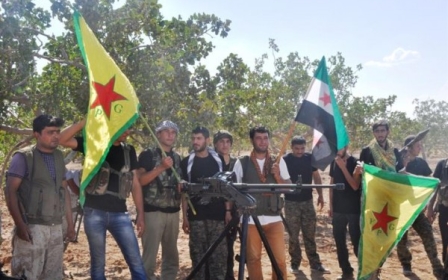 Syria War
US soldiers in Syria to back anti-IS Kurds: Kurdish sources 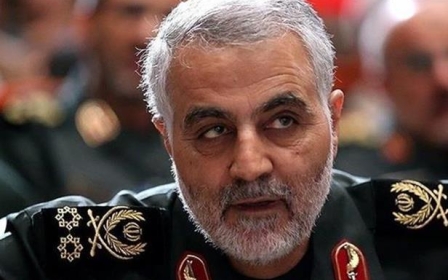 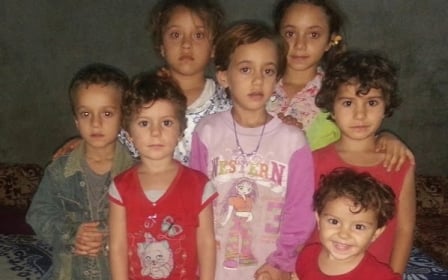