Why So Many Palestinian Civilians Were Killed During Gaza War 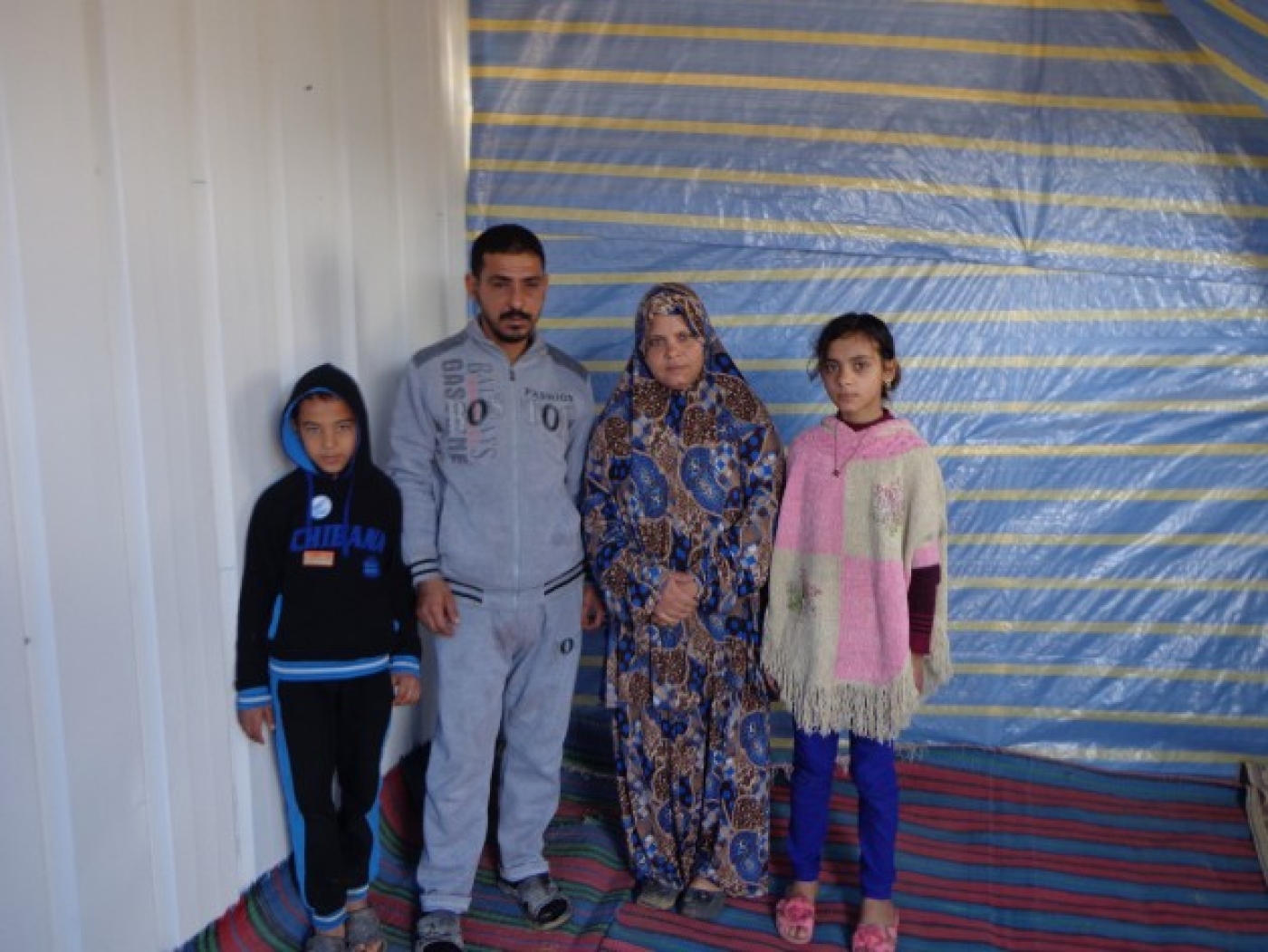 The Qassem family from Beit Hanoun in Gaza, civilians whose home was targeted by Israeli air strikes during the 2007/2008 Israel-Gaza war, leaving them homeless. (Mel Frykberg/IPS)
By
IPS

GAZA - The UN investigation into Israel’s devastating military campaign against Gaza, from July to August 2014, has been delayed until June and in the interim Israel and the Palestinians are waging a media war to win the moral narrative as to why so many Palestinian civilians were killed during the bloody conflict.

The postponement of the investigation was announced at the 23 March UN Human Rights Council (UNHRC) meeting in Geneva.

Israel says it went out of its way to avoid civilian casualties but its critics, including Israeli human rights organisations, have questioned this claim.

“The ferocity of destruction and high proportion of civilian lives lost in Gaza cast serious doubts over Israel’s adherence to international humanitarian law principles of proportionality, distinction and precautions in attack,” Makarim Wibisono, UN Special Rapporteur on the Situation of Human Rights in the Palestinian Territories Occupied since 1967, told the UNHCR meeting.

During the war over 2,300 Palestinians were killed, the majority of them civilians including more than 500 children, and over 10,000 injured. On the Israeli side, six civilians and 67 soldiers were killed.

Many of the Palestinian civilians killed died after Israel targeted residential buildings in the Gaza Strip, killing hundreds of Palestinians inside as the buildings collapsed on them.

Israeli rights group B’Tselem released a report in January titled Black Flag: The Legal and Moral Implications of the Policy of Attacking Residential Buildings in the Gaza Strip, Summer 2014.

The report focuses on the policy that the Israeli military implemented of strikes on homes, attempting to explain if and how “policymakers’ claims about Israel’s commitment to International Humanitarian Law (IHL) provisions comport with the policy of attacking residential buildings.”

Damage to residential buildings was enormous, with 18,000 homes either destroyed or badly damaged. More than 100,000 Palestinians were left homeless and with little to no reconstruction taking place, most of these Gazans remain displaced.

B’Tselem investigated 70 incidents involving attacks on civilian homes which killed 606 Palestinians, half of whom were women, 93 babies and children under the age of 5, 129 children aged 5 to 14, 42 teenagers and 37 elderly Palestinians.

B’Tselem said that a number of the cases it examined indicated that the Israeli army actions contravened IHL.

“A military objective, the only legitimate target for attack by parties to hostilities, is defined as one that makes an effective contribution to military action whose total or partial destruction, capture or neutralisation, in the circumstances ruling at the time, offers a definite military advantage to the attacking side,” said the rights group.

“Over the course of the fighting that took place in the summer, both government officials and top military commanders refrained from spelling out the specific objective of most of the attacks.

“Instead, the IDF spokesperson provided only general figures on the number of strikes carried out each day against what the spokesperson defined as ‘terror sites’.”

The rights group added that the Israeli army also appeared to change its definition as the war progressed, with many of the residential homes targeted allegedly belonging to Hamas operatives.

Kamal Qassem, 43, his wife Iman, and their five children aged 6 to 12, from Beit Hanoun in northern Gaza were forced to flee to an emergency UN shelter after their house was destroyed by Israeli bombs, which targeted their homes over two nights during the war.

“My wife Iman was injured during the bombing and spent two nights in hospital. She also requires regular hospital treatment for kidney problems,” Qassem told IPS.

“My daughter Shadha, 9, was severely traumatised during the aerial assault and now suffers from epilepsy and soils her sheets at night. None of us were fighters.”

However, Israel’s newly appointed military chief of staff Gadi Eisenkot’s contribution to the Dahiya Doctrine, established during the second Israel-Lebanon war in 2006, could provide some answers to the immense destruction wrought on Gaza’s civilian infrastructure.

The Dahiya Doctrine is a military strategy that envisages the destruction of the civilian infrastructure of hostile regimes, and endorses the employment of disproportionate force to secure that end.

The doctrine is named after a southern suburb in Beirut with large apartment buildings which were flattened by the Israeli army during the 2006 war.

“What happened in the Dahiva quarter of Beirut in 2006 would happen in every village from which shots were fired in the direction of Israel,” stated Eizenkot.

“We will wield disproportionate power and cause immense damage and destruction.”

Former Rapporteur to the Palestinian territories, Richard Falk, wrote that under the doctrine, “the civilian infrastructure of adversaries such as Hamas or Hezbollah are treated as permissible military targets, which is not only an overt violation of the most elementary norms of the law of war and of universal morality, but an avowal of a doctrine of violence that needs to be called by its proper name: state terrorism.”

Members of the UN. fact-finding mission into the 2007/2008 Israel-Gaza war suggested that the Dahiya Doctrine had been employed while other analysts added it was also behind Israel’s 2014 military campaign.

Meanwhile, Hamas’ indiscriminate rocket fire on Israeli civilian towns, preceding last year’s war and one of the main reasons for Israel launching its assault on Gaza, could resume again should the siege on Gaza continue with no political breakthrough on the horizon – an ominous sign for Gaza’s civilians.