Why troubles in a West Bank refugee camp could haunt Ramallah

Civilians of Balata refugee camp in the West Bank say they are subject to ‘collective punishment’, as the PA arrests many among its own ranks 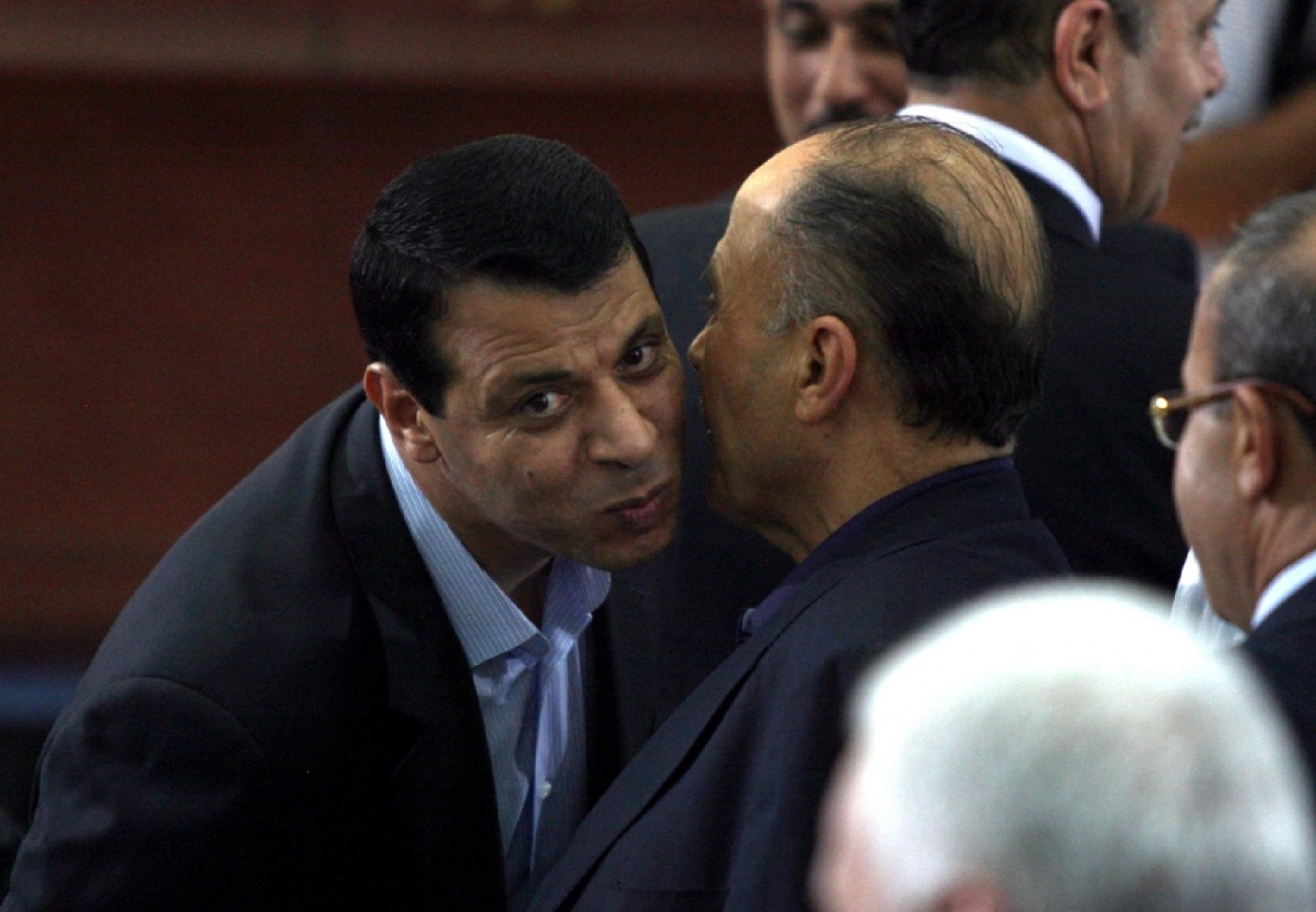 NABLUS, West Bank - The houses by the graveyard on the southern edge of Balata refugee camp are ridden with bullet holes. This is where on 20 March, 11-year-old Mohammad Raed al-Hajj and another boy from the camp were caught in crossfire between Palestinian Authority security forces and a group of armed men who were resisting arrest in the camp.

The boys were rushed to separate hospitals in Nablus and are now making full recoveries. “People in the camp said the PA shot the boys. The PA said the armed faction shot them. Both sides blame each other,” said Balata resident Abdullah Kharoub, who added, “This is how these clashes go.”

Mohammad’s shooting was among the low points of the PA’s now four month-old operation to “restore order” to Balata refugee camp near Nablus, where Palestinian officials allege a group of “thieves, drug dealers and weapon smugglers” operate at large.

The PA has been widely criticised by residents of the camp for its operation. The residents claimed that they are victims of “collective punishment” with PA security forces failing to carry out arrests without implicating - and injuring - the civilian, law-abiding population.

But factions within the PA and Fatah are among the most vocal critics of its own ongoing crackdown in Balata.

According to local politicians, the armed group resisting arrest in the camp is affiliated with Fatah - current and former members of PA security and intelligence forces most active during the second Intifada. This would suggest that residents of Balata are the victims of a fracturing within the Palestinian Authority.

Jamal al-Tirawi, a member of Palestine’s Legislative Council and resident of Balata camp, who has positioned himself as the de facto representative of Balata’s Fatah-allied armed faction, argued that the PA’s stated objectives in Balata are cynically motivated.

In his dimly lit office, al-Tirawi produced a video on his laptop of masked residents of Kufr Qaleel, a village near Balata, flaunting - and firing - automatic weapons as they march in remembrance of a martyr from the village.

“If the PA is honestly working to clear illegal weapons from the West Bank,” he asked, “why aren’t they arresting people in Kufr Qaleel? Why are they specifically targeting Balata?”

Al-Tirawi roundly denied the PA’s claims that individuals wanted in the camp were involved in drug dealing. He countered by saying the PA’s efforts to detain the Fatah-allied faction in Balata amounted to harassment.

A spate of negotiations between representatives of Balata’s armed group and those in the PA leading the operation have failed to bring protracted quiet to the camp, with both sides accusing the other of stalling an agreement to end the unrest.

“In meetings with Nablus Governor Akram Rajoub, representatives from the camp and I gave evidence to the PA indicating who in the camp was actually involved in drugs and criminal activity,” al-Tirawi told Middle East Eye, “but none of these people have been arrested yet.”

“Why are there people in the camp, who are actually over the law, still at large, while Fatah’s members - its former fighters and current employees - are in the jails now?”

Although the PA has detained more than 30 residents of the camp since its operation began in late January - 15 were recently released - none have been charged with the abuses the PA has used to justify its operation.

Al-Tirawi cited this as evidence that the PA’s stated aims are bogus, that the PA is using these charges as cover to arrest Fatah opposition. He noted, too, that five current employees of PA security and intelligence are among those still detained.

“They have never committed any crime or done anything wrong,” insisted al-Tirawi. “They’re only targeted by the PA because they are from Balata camp.”

PA officials approached by MEE dismissed widespread speculation that former Fatah strongman Muhammad Dahlan was funding the weapons and ammunition scheme that was driving unrest in the camp.

Dahlan was expelled from Palestine in 2006 having been charged with murder and corruption when his relationship with Prime Minister Abbas deteriorated. A Ramallah court recently dismissed the corruption case brought against him.

Palestinian security forces spokesperson General al-Damiri acknowledged Dahlan’s wife, who presided over a mass wedding in Gaza in April, has in the past transferred funds to her husband’s supporters in the West Bank, including refugee camps in Nablus, Jenin and Ramallah.

While the general said he “has no information regarding Dahlan’s involvement” in funding Balata’s unrest, he described Dahlan as a benefactor of instability within the PA. Moreover, he admitted that the exiled politician, who he described as a “political failure”, is one of the few obvious sources of sums requisite to fund the weapons prevalent in the camp.

Dr Sattar Kassem, a professor of political science at an-Najah University in Nablus, suggested to MEE that Dahlan is positioning himself for a return to Palestine’s political stage. “He’ll probably run for president,” said Dr Kassem.

Balata was established in 1950 for refugees from Jaffa near Tel Aviv. It is now the largest and most densely populated refugee camp in the West Bank. Approximately 27,000 refugees live on less than one square kilometre.

The United Nations Relief and Works Agency for Palestine Refugees (UNRWA), which provides basic services in the camp, cites “overcrowding, bad water and sewage, and high unemployment” among the camp’s major issues.

“Balata is one of the most marginalised areas in the West Bank,” said Kharoub. “Unemployment is high. Poverty is high. There are no services in the camp. What are we supposed to do?” he asked.

According to local politicians, UNRWA’s budget for Balata camp has been reduced by more than 80 percent in recent years. While the agency continues to provide humanitarian relief for the camp’s most vulnerable, the PA is unlikely to assume greater responsibility for conditions in the camp.

“The problems in Balata camp are UNWRA’s responsibility,” said General al-Damiri. “The camp is under the jurisdiction of UNWRA, it’s not under the law of the municipality.”

Kharoub is “not surprised by recent unrest in the camp.” He added: “You can’t put 29,000 people in a place like this and ask them to live.”

He believed that the PA’s attempts to restore calm to the camp miss the underlying humanitarian and social issues that allowed unrest to flourish. “If the Palestinian Authority wants to find a solution to the issues here, they need to understand the problems first.

“I’m frustrated with the PA. I’m disappointed in the PA. Most people in the camp are. These people with weapons - I’m not connected to this problem, I can’t find any excuses for them - but they are also looking for their own solutions.”

Did Kharoub believe that the PA has made considered efforts to understand and address root causes of unrest in the camp or improve the lives of its residents? “No, no, no. The way I see it, they aren’t,” he told MEE.

The prominent role Balata played in both Intifadas, and the human losses it incurred, has exacerbated residents’ frustration with the PA’s sustained security operation and its seeming unwillingness to invest in conditions inside the camp.

“During the two Intifadas, Balata suffered 385 martyrs,” said al-Tirawi. “Thousands of the camp’s residents have been imprisoned in Israeli jails. Between 1,000 and 1,200 sustained injuries during the Intifadas. What has the Palestinian leadership done for the citizens of the camp?”

Al-Tirawi accused PA officials in charge of executing the operation in Balata of “being out of touch with the poverty and suffering of those living in the refugee camps”.

Discrepancies in the PA’s accounts of Mohammad's shooting have further undermined Balata residents’ trust in the PA.

While Nablus governor Akram Rajoub insisted to MEE that PA security forces had yet to fire a single bullet in the operation, General Damiri said security forces did, in fact, deploy live ammunition on the day Mohammad and his friend were shot. Both deny the PA was responsible.

Mohammad’s father, a high ranking official in the PA’s security forces and resident of Balata refugee camp, told MEE that the PA is to blame for shooting his son.

“We - the children’s families - went to al-Haq, a Palestinian rights group in Ramallah, to request an independent investigation of the incident be conducted. They came to hear eyewitness testimonies. Their investigation discovered which PA officer shot the children,” he said.

Life is getting worse

But few in the camp believe that Al-Haq’s findings - or any investigation - will lead to criminal charges being brought against those responsible for shooting Mohammad and his friend. Local officials have given no indication that criminal proceedings are underway or even pending.

General Damiri believed the PA’s operation in Balata will be solved imminently; Nablus Governor Rajoub is committed to apprehending all the criminals, “shooting them in the legs if necessary”.

Dr Kassem in Nablus stated that the PA would find a short-term solution to unrest in Balata, but that ultimately, “every party will remain where it is. The shooting will stop and nothing will change."

For residents, too, the prospect of meaningful change in the camp is bleak. “The people in the camps have been suffering now for 66 years, since 1948,” said Kharoub, “The PA offered us some hope, they were supposed to be the creators of our future, a good future. But since it was established, there is no change. Life is getting worse and worse. Everything is getting worse and worse. What can we do? There is no hope.” 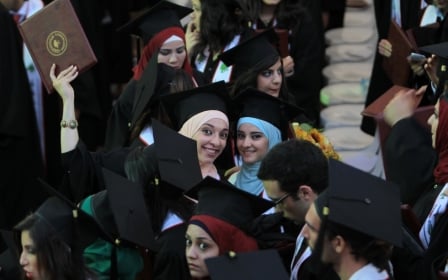 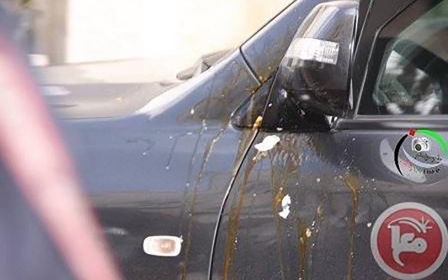 Occupation
Canadian FM egged by protestors during trip to Ramallah 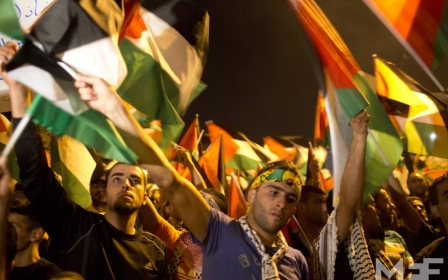 Gaza Under Attack
In pictures: Night of rage at Qalandia