Wikileaks hit by hackers after threat to release Turkey cables 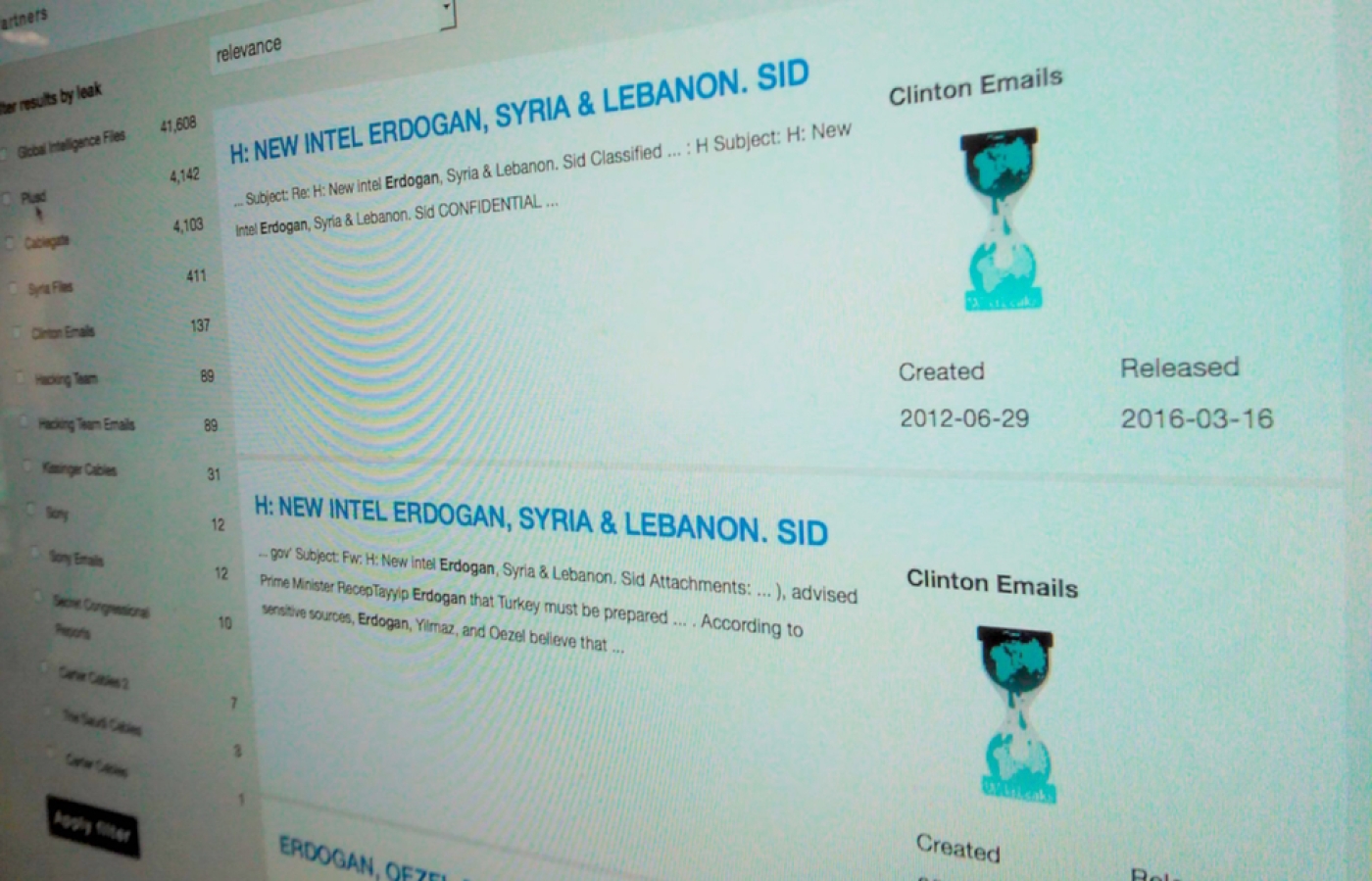 Wikileaks has claimed its servers were hit before it released hundreds of thousands of documents on Tuesday purporting to reveal Turkey's "political power structure".

The site said it would release the documents in the wake of the failed attempt to overthrow President Recep Tayyip Erdogan last week.

ANNOUNCE: Get ready for a fight as we release 100k+ docs on #Turkey's political power structure. #TurkeyCoup #Soon pic.twitter.com/dhJuWza4Es

The whistleblowing site said it had come "under sustained attack" on Tuesday and was "unsure" of the origin of the attack, though it suggested the Turkish state might be involved.

We are unsure of the true origin of the attack. The timing suggests a Turkish state power faction or its allies. We will prevail & publish.

"Turks will likely be censored to prevent them reading our pending release of 100k+ docs on politics leading up to the coup," the organisation tweeted prior to the attack.

"We ask that Turks are ready with censorship bypassing systems such as TorBrowser and uTorrent."

The organisation said that the first batch it plans to release will contain 300,000 emails and 500,000 documents with most of the material in Turkish.

Some on Twitter accused Wikileaks of attempting to make a political point by releasing the documents:

Can they be more obvious in their agenda! when coup fails start propaganda!only brainwashed idiot can trust wiki now! #TurkeyCoup

However, the organisation was quick to affirm its neutrality:

Turks ask whether WikiLeaks is pro or anti-AKP. Neither. Our only position is that truth is the way forward. 100k+ docs serves all sides.

More than 200 people, mostly civilians, were killed and over 1,400 wounded on Friday and Saturday in the violence that followed an attempt by a faction of the Turkish army to seize control of the countr.

The Turkish government has blamed the attempted coup on supporters within the army of the US-based cleric Fethullah Gulen, an ally-turned-enemy of Erdogan currently residing in Pennsylvania.

Government officials have called on the US to extradite Gulen to Turkey where he would face trial for masterminding the plot - an allegation Gulen has strongly denied.

Though the US has publicly condemned the coup attempt, Washington has stated that it will not extradite Gulen unless the Turkish government can provide evidence of his involvement.

Erdogan told CNN on Monday that Turkey would file an extradition request this week while Prime Minister Binali Yildirim told parliament on Tuesday that four dossiers of evidence against Gulen would accompany the request.