Police and civilian cars cross the new al-Wadia border outpost between Saudi Arabia and Yemen, east of the southern Saudi province of Najran (AFP)
By
AFP

A rocket fired from Yemen killed a three-year-old boy Saturday in the Saudi border region of Najran, a civil defence official said, in the latest cross-border attack by Iran-backed Yemeni rebels.

Major Ali al-Shahrani, civil defence spokesman in  southwest Saudi Arabia, told reporters a nine-year-old brother of the boy was also wounded when a Katyusha rocket his their family's home.

The attack came a day after rockets fired from Yemen struck a power station in Najran, marking a rare hit on Saudi Arabia's infrastructure after months of periodic bombardment of the area.

Attacks have intensified since the suspension in early August of UN-brokered peace talks between the Shia Houthi rebels and their allies, and Yemen's internationally recognized government, which has the military support of a Saudi-led Arab coalition.

Ten people have been killed in Najran since 16 August, when a single strike claimed seven lives.

The Arab coalition has also stepped up its air raids in Yemen since the peace talks collapsed.

The coalition intervened in March last year to support President Abd Rabbuh Mansour Hadi after the Houthis and their allies seized much of Yemen. 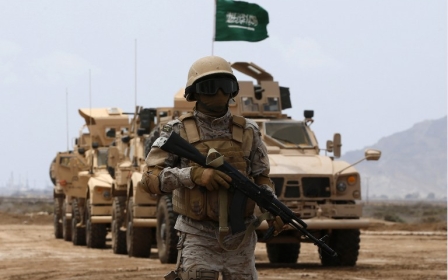