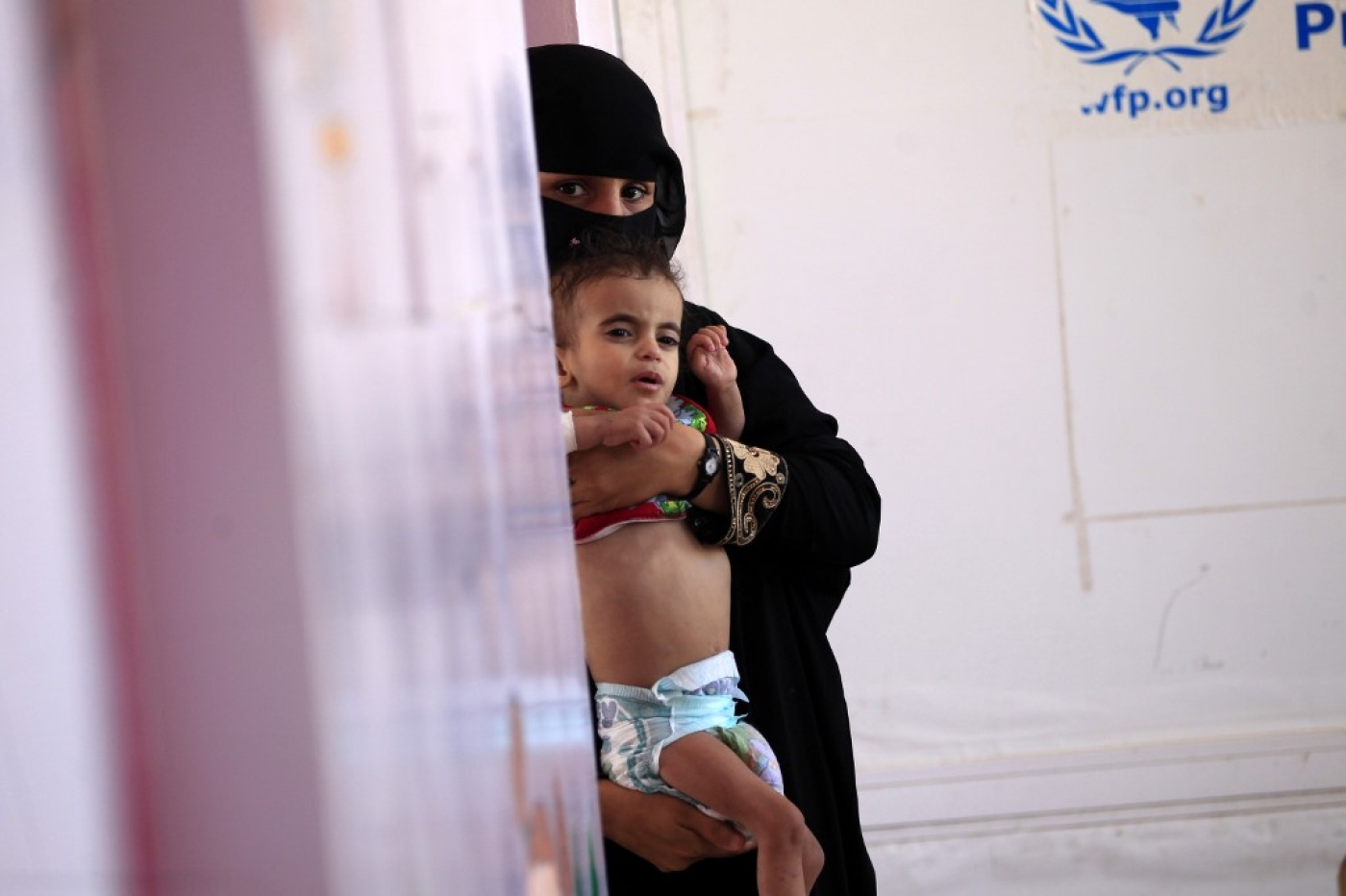 About 30 sick Yemenis are expected to leave the country's Houthi-held capital for treatment abroad within the coming weeks, in a sign of easing tensions in the drawn-out conflict.

Speaking at a Security Council meeting in New York on Thursday, UN Special Envoy for Yemen Martin Griffiths said the war-torn country was experiencing one of the "quietest" periods in the war that erupted in late 2014, making the so-called "mercy flights" possible.

"These flights will transport patients who need medical attention unavailable in Yemen to agreed locations abroad," said Griffiths, who praised cooperation between the UN's World Health Organization (WHO), Yemen's government and its rebel Houthi adversaries.

'We are surely witnessing one of the quietest periods of the conflict,'

"We are now very close to seeing the first flight move 30 patients who are waiting in Sanaa for their treatment. I really hope that by the time we meet next month we will have seen the first flight."

Civilians suffering from diabetes and other maladies have struggled to get treatment at Yemen's health centres for years.

Flights out of Houthi-held Sanaa have been blocked by the Saudi-led coalition that has waged a deadly air campaign to restore the country's ousted government.

The UK's ambassador to the UN, Karen Pierce, said that the flights were a rare piece of "good news" to come out of the country, which has been described by aid groups as the world's worst humanitarian crisis.

'Quietest period of the conflict'

The development comes amid a drawdown in the violence that has plagued Yemen since 2014 and some diplomatic gains in recent months between Riyadh, the Iran-aligned Houthi rebels, Yemen's government and southern separatists.

The scale of the air war declined by 80 percent towards the end of last year and has fallen further since then, Griffiths told diplomats at UN headquarters. He described a nine-day period this month without a single air strike. "It is true that some fronts remain active and there are still too many tragic civilian deaths," said Griffiths.

"We are surely witnessing one of the quietest periods of the conflict. This is no small thing, and the fact that it has been sustained even during a period of crisis is notable," he said, alluding to tensions sparked in the region after the US assasination of Iranian general Qasem Soleimani earlier this month.

Griffiths said Yemen had been insulated from the regional strain that was sparked by the assassination, despite reports of a similiar but unsuccessful US drone strike on one of Soleimani's colleagues in Yemen on the same night.

Despite the relative calm in some parts of Yemen, Ramesh Rajasingham, a senior coordinator for UN aid operations, warned of a reimergence of "key conditions that brought Yemen to the brink of famine a year ago".

"We must not let that happen again," he said.

Between World Food Programme efforts and those of other humanitarian agencies, the UN hopes to assist 15.6 million people in Yemen this year, about half the population, Rajasingham said.

While violence continues to be reported around the flashpoints of al-Dali, Shabwa and the rebel-held port city of Hodeidah, the numbers of civilian casualties from the fighting dropped by 35 percent between 2018 and 2019, said Rajasingham.

The number of those who lost their lives during that same period fell by half, he added.

"After five years of conflict, millions of Yemenis are hoping that this time, with your support, peace may finally come," Rajasingham told the 15-nation council chamber.

A coalition led by Saudi Arabia and the United Arab Emirates intervened in early 2015, but has so far failed to wreste Sanaa from the Iran-aligned movement.

The conflict has led to more than 100,000 people dead and some 24 million civilians, or 80 per cent of the population, needing handouts to survive.

On Tuesday, Save the Children warned of an epidemic following reports of a dengue-related illnesses that had already taken the lives of 78 children.

The charity reported more than 52,000 suspected cases across the country. Analysis
Israel is increasingly looking at Yemen with concern