Civil defence forces have failed to contain blaze sparked by explosion; cause of blast unknown 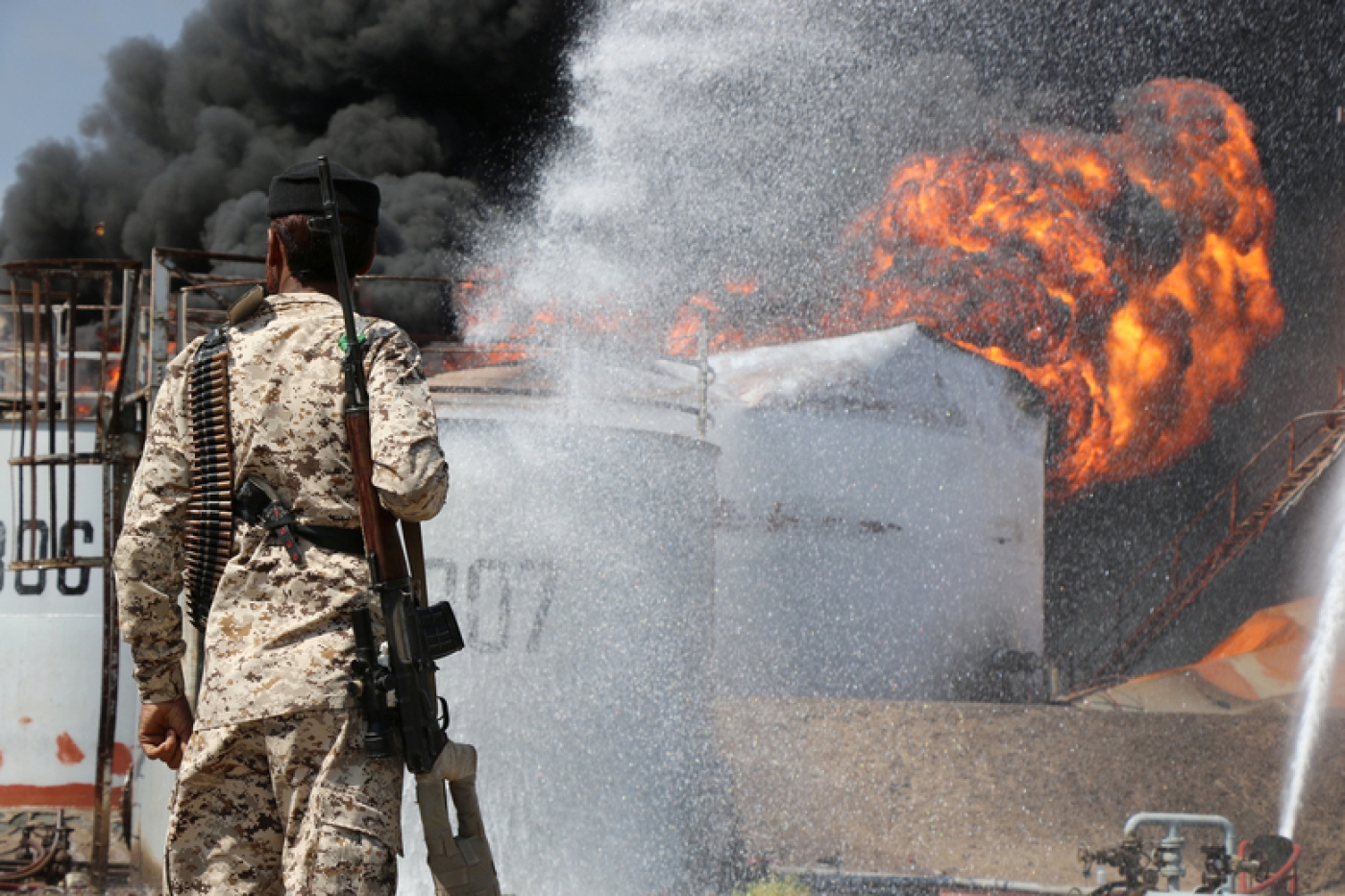 Soldier watches fire engulf storage tank at refinery one day after explosion in Aden, Yemen (Reuters)
By
MEE and agencies

A fire at a refinery in Yemen's southern port city of Aden spread to a second storage tank on Saturday, injuring six people, sources at the refinery said.

They told Reuters that civil defence forces had failed to contain the blaze sparked by an explosion on Friday. The cause of the blast is still unknown.

Aden is under the control of the internationally recognised government, which is backed by a Saudi-led and Western-backed coalition that is battling the Iran-aligned Houthi movement that seized the capital Sanaa in 2014.

The United Nations launched peace talks last month to try to end the almost four-year-old war that has killed tens of thousands of people, devastated the economy and left millions facing severe hunger. But tensions have resurged since then.

The fire, which also spread to a nearby pipeline, was likely "the result of an explosion (and) probably a deliberate act of sabotage" https://t.co/AfE3kfHb2T

On Friday, a storage tank holding 7000 tonnes of diesel caught fire at Aden’s main oil refinery in al-Buraika city. Heat from that fire caused the second reservoir to catch fire on Saturday, a source at the refinery told the National website.

"A huge fire erupted just minutes after an explosion that targeted one of the company's oil tanks," a worker at the refinery told China’s Xinhua news agency on condition of anonymity.

A Houthi drone attack on Thursday on a government military parade in Lahaj, a province next to Aden, killed several people. Saudi state television said on Friday the coalition destroyed a base used by Houthis to direct their unmanned aircraft.

The Houthis deny receiving help from Tehran and say they are fighting against corruption. Still, the conflict is widely seen in the region as a proxy war between Sunni Muslim Saudi Arabia and Shia Muslim Iran.

Since the Saudi-led coalition intervened in support of the government in March 2015, the conflict has killed an estimated 10,000 people and unleashed the world's worst humanitarian crisis, according to the UN.

UN aid officials say 80 percent of the population, 24 million people, are in need of aid and almost 10 million are one step away from famine, which has already killed about 50,000 Yemenis.