Talks will bring the issues of ordinary Yemenis to the world stage, although sides remain wary of international meddling 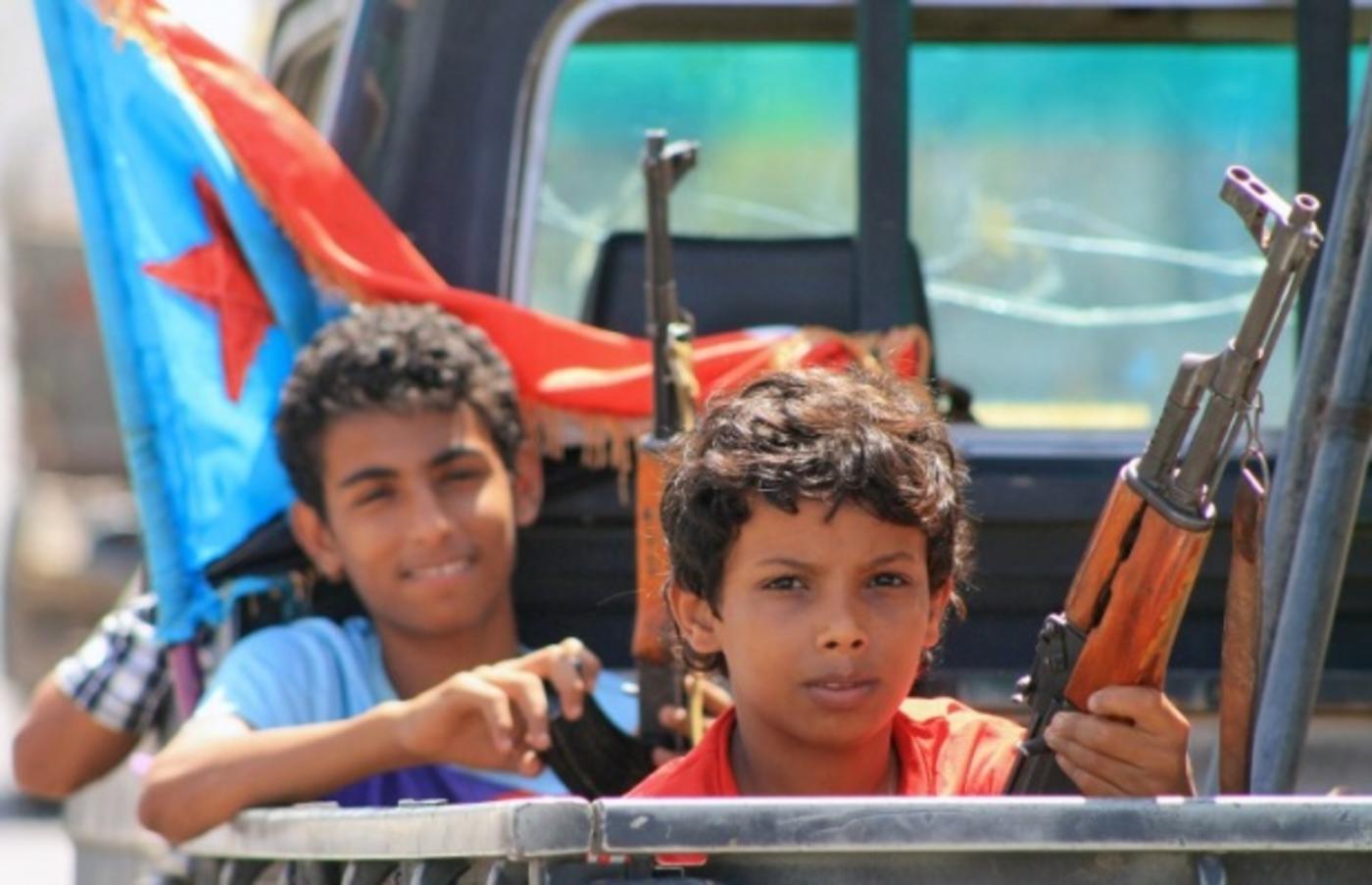 There has been no sign of a respite in the fighting that has convulsed several provinces in Yemen, despite the launch of UN-sponsored talks in Geneva this week.

Representatives from Yemen’s exiled government, the Houthis (its delegation is still in Dijibouti but plans to arrive on Tuesday morning), former president Ali Abdullah Saleh’s General Peoples’ Congress (GPC), and other opposition groups were expected to attend the talks in Switzerland which began on Monday morning.

These talks come after an initial hesitation on the part of the Houthis to participate - the group had taken issue with the fact that the UN has called them rebels.

The talks aim to find a solution to the current crisis in Yemen, however ordinary Yemenis were pessimistic about the outcome, as the war is still raging in different provinces.

Ahmed Dawood, a Houthi supporter and a journalist for the Houthis' main newspaper, al-Masira, told Middle East Eye that the talks could reduce the number of airstrikes in Yemen - and maybe there will be a truce - but the conflict between the different sides in Yemen cannot be stopped by such talks.

“The only solution would be if Yemenis forgot the past and sat on a national round table without external interference,” he said. “The United Nations always helps the ‘executioner’ against the victim, that is why we do not rely on it.”

Dawood noted that Palestine, Syria, Iraq and Libya have all been subject to external interference and the UN has not provided a solution for those countries. He added that Yemenis should rely on Houthi fighters, who he says will not accept any resolution that reduces the dignity of the Yemeni people.

In fact, many Houthi supporters agree with Dawood and are wary of any international solution; however, the Houthi leadership has given some credence to the Geneva talks by participating.

This is the second large-scale conference among Yemenis in recent years. The first, the National Dialogue Conference (NDC), took place from 18 March 2013 to 25 January 2014. However, the results of this dialogue - which included a proposal for the restructuring of parliament and for the Shura Council to be composed of 50 percent northerners and 50 percent southerners, and which was signed by all the various parties in Yemen - have yet to be implemented.

Political analyst and journalist Mohamed Al-Hasani is not very optimistic about the Geneva talks. “We cannot say that the solution to our crisis will come from Geneva, but let us try it, as we will not lose anything from these talks,” he told MEE.

He said that if Yemeni sides want to solve the Yemeni problem, they could implement reconciliation inside Yemen. However, not all the sides are willing to abdicate some of their rights, and, according to him, this is the problem that has prevented the implementation of NDC decisions.

Talks amid civil war and airstrikes

As conditions in Yemen worsen dramatically, people are looking for a solution on the ground that will stop the civil war in the provinces and end the airstrikes that have been targeting Houthis since late March.

Adnan al-Rajehi, a broadcaster for Balqees independent TV channel, who fled from Yemen to Turkey at the beginning of May after Houthis stormed his TV station, does not believe in these talks, noting that Houthis have not withdrawn from the territory they have seized. He said: “Before any talks, Houthis should be forced to withdraw from the provinces that they are trying to invade and then come back to their own stronghold.”

He is also pessimistic about any international solution planned for Yemen, as the solution is more likely to serve the interest of other countries rather than Yemenis.

“Our main problem is that Yemenis lost their trust in each other, which is why the NDC results weren’t implemented," Al-Rajehi added. "The Geneva talks cannot return this trust to Yemenis’ hearts.”

Al-Rajehi considers the talks shameful for Yemenis, who he says are merely attending another dialogue after not implementing the results of the first one.

The Taiz province is one of the areas that has witnessed violent clashes between Houthis and their opponents, and the residents in Taiz are looking for a truce during Ramadan.

The headmaster of al-Nour School in Taiz, Ayman Abdulghani, told MEE that residents of the province are hoping that the Geneva talks will arrive at an agreement for such a truce during Ramadan.

Abdulghani was still optimistic about the talks. He told MEE: “The last hope for Yemenis is the Geneva talks, [otherwise] we will go from bad to worse.”

The talks present hope for many Yemenis stuck in the conflict zones, who believe that there is no alternative.

Activists have said that a humanitarian solution is the priority, as there are some areas in urgent need of assistance, such as the al-Hodeida province, and this should come before political agreements. In these war-torn provinces, high temperatures are increasing the spread of disease and electricity outages are worsening the situation.

Salah al-Homaidi, the executive manager of the National Center for Freedoms and Development in Hodeida, told MEE: “The different sides in Yemen could not even reconcile to repair the electricity wires in Marib that were affected by the clashes, so it will be difficult for them to solve the big issue of Yemen.”

He pointed out that there was supposed to be national reconciliation for providing people with basic needs before the Geneva talks, as civilians have been dying due to lack of basic needs.

In the last three months, eight people in al-Hodeida have died because of Dengue fever and malaria that spread during the hot weather, but this has not motivated the opposing sides in Yemen to find a solution on the humanitarian front.

Abdulmalik Al-Fuhaidi, a figure leader in the GPC and the editor-in-chief of al-Motamar Net news website - the website of the GPC - told MEE that, in Geneva, the whole world will learn about the suffering of Yemenis.

He stated that he is neither optimistic nor pessimistic about the outcomes, however, “it is enough that the Geneva talks will make the voice of [the] downtrodden reach the whole world by their delegation”.