Yemen's Prime Minister Ahmed bin Dagher on Sunday accused southern separatists of attempting a coup in the interim capital of Aden after they took over the government headquarters.

At least six people, including four from pro-government forces, were killed and dozens wounded in the clashes that spread to most of Aden, security sources said.

"A coup is ongoing here in Aden against legitimacy and the country's unity," Dagher said in the statement.

Hadi ordered his forces to cease fire immediately following the clashes, in a communique issued by Dagher to the commanders of government forces in the southern port city.

"Based on instructions from President Hadi, supreme commander of the Yemeni armed forces, and after talks with the Arab coalition ... you must order all military units to cease fire immediately," said the communique seen by AFP.

It ordered government forces "to return to base" and said all positions taken on Sunday should be vacated by all sides unconditionally.

Security sources told AFP that pro-separatist units trained and backed by the United Arab Emirates had taken over the government headquarters in Aden after clashes earlier on Sunday.

The clashes erupted after separatist protesters were prevented from entering Aden, where supporters of secessionists were gathering for a rally to demand the removal of Dagher's government.

Aden serves as a temporary base for Hadi's Saudi-backed government. Iran-backed rebels took over the capital, Sanaa, more than three years ago.

A Saudi-led military coalition intervened in 2015 to back Hadi's government in its war against the Houthi rebels.

Ahead of the planned protest, the coalition called for calm and restraint from "all Yemeni political and social" parties.

It urged all sides to "adhere to the language of calm dialogue," according to a statement cited late on Saturday by Saudi state news agency SPA.

Military and security units from both sides were deployed in the city amid high tension.

Universities, schools and the international airport in the city had all been closed, according to witnesses.

Dagher said events in Aden were headed towards "total military confrontation" and urged members of the coalition, in particular the United Arab Emirates, to take action.

He also warned that separating south Yemen from the rest of the country would benefit Iran and the Houthis.

"Iran is trying to consolidate its presence in Yemen through the Houthis and by splitting Yemen. We are giving them one-third of the land and three-quarters of the population," Dagher said.

Sunday's rally was called by the South Transition Council, an autonomous body aimed at overseeing self-governance among southern provinces.

The 26-member council, which is not recognised by Hadi's government, includes the governors of five southern provinces and two cabinet ministers.

Former Aden governor Aidarous al-Zoubeidi formed the council in May after Hadi fired him the previous month.

A top military adviser to President Hadi, Mohammed Ali al-Miqdashi, said any move toward rebellion would render the southerners an enemy.

"There is no difference between the Houthis and anyone else who rebels against the legitimate government, no matter who they are - left, right, south, east," said Miqdashi, speaking at a remote military base near the central Yemeni city of Marib, late on Saturday.

A senior southern political source accused the government of pushing the dispute toward an armed showdown.

"The Hadi government was nervous about any demonstration by the people, so they tried to stop it by force thinking that if there were a battle, the coalition would intervene and save them," the source told Reuters. 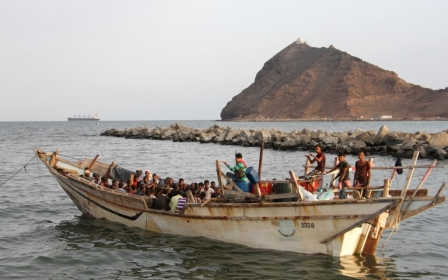