Yemeni Prime Minister Khaled Bahah warned Shia Houthi militia on Saturday that there was no place in the country for more "adventures," vowing to press on with a campaign to retake territory from them.

"There is no room for any more political or military adventures," said Bahah, who is also vice president. "This is a last warning to the Houthis and their allies" among troops loyal to ousted president Ali Abdullah Saleh.

Bahah was speaking at a military camp near the strategic Bab al-Mandab Strait, which loyalist forces retook control over on Tuesday.

The narrow waterway funnels shipping to and from the Suez Canal, which lies at the north end of the Red Sea.

President Abedrabbo Mansour Hadi and his government returned to Aden last month following six months in exile, after loyalist forces regained control of the port city and four other southern provinces from the rebels.

The Houthi militiamen still control the capital and northern provinces near the border with Saudi Arabia, but loyalists have been pressing a campaign whose eventual aim is to regain Sanaa.

Bahah said the current operation "will push to retake Mokha and Hodeida," both on the Red Sea, and then the "whole coastline up to the border with Saudi Arabia".

The port of Mokha lies some 20 kilometres (12 miles) north of the area seized this week.

Hodeida (also referred to as Hudaida), about 190 kilometres farther north, lies to the west of Sanaa. Controlling it would help create a pincer on the capital, as loyalist forces have also been pressing rebels in Marib province, to its east.

Military officials said warplanes from the Saudi-led coalition backing them had carried out several strikes Saturday on militia positions, while saying the clashes in the past 24 hours had left 19 dead, including 12 militiamen. 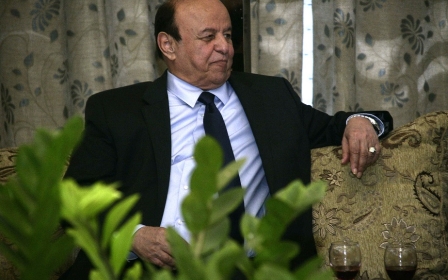