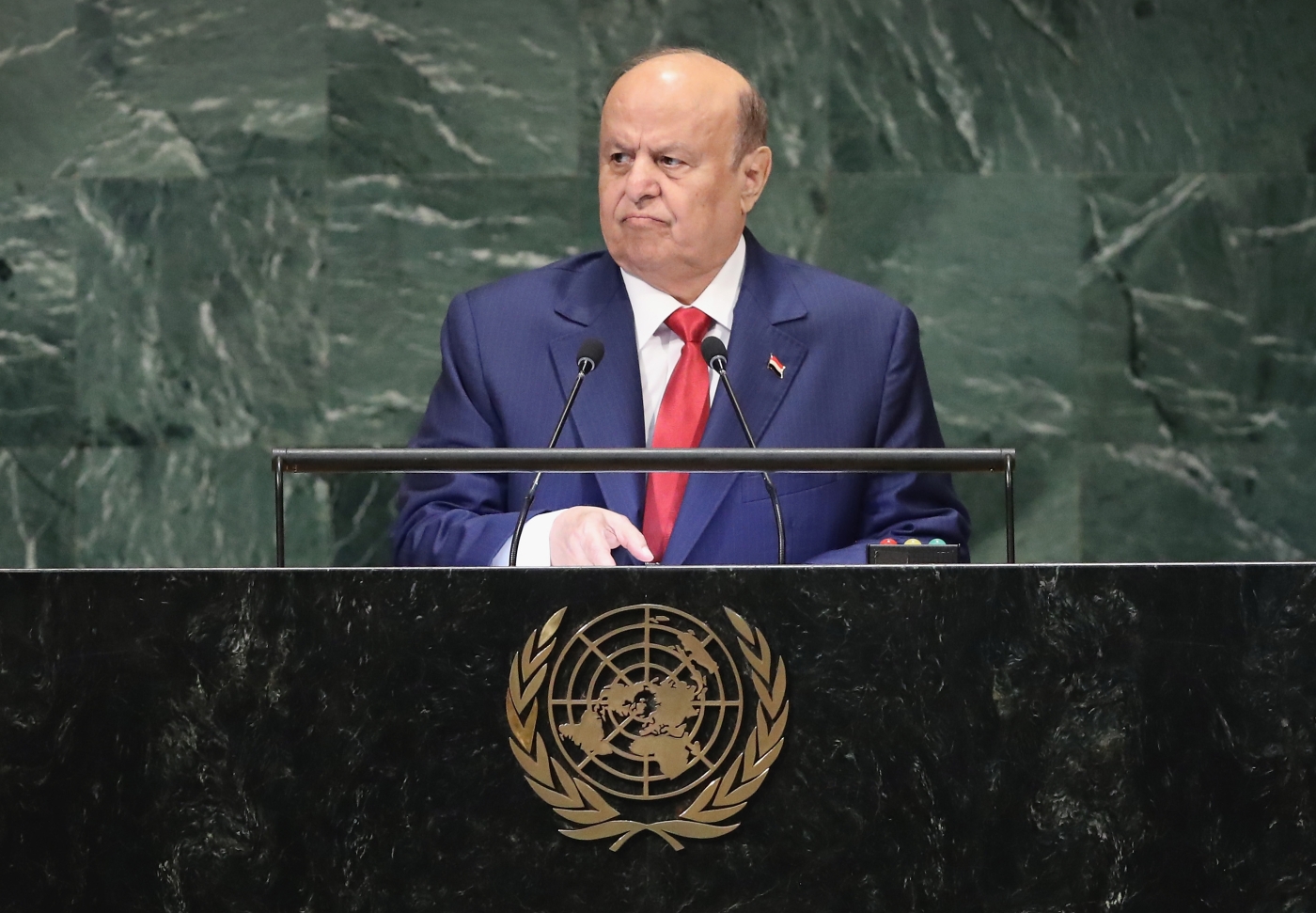 'It is clear the envoy has a weak understanding of the nature of Yemen's ongoing conflict,' said Hadi (AFP - File pic)
By
MEE and agencies

Yemen's president has slammed the UN for legitimising Houthi rebels, in a strongly worded letter about the organisation's special envoy to the country sent to the UN secretary general.

Abd Rabbuh Mansour Hadi criticised Martin Griffiths for allegedly regarding the Houthis, which the president and a Saudi-backed coalition is locked in a four-year war with, as a "de facto government".

The five-page letter, addressed to UN Secretary-General Antonio Guterres and dated 22 May, stated that Griffiths had failed to properly oversee an agreement struck last year in Stockholm for a ceasefire and withdrawal plan for the port city of Hodeidah, and had not dealt with issues surrounding detainees and hostages. Among the litany of grievances directed at Griffiths, Hadi criticised "his insistence on dealing with the rebels as a de-facto government," referring to the Houthis, the Reuters news agency said.

"It is clear the envoy has a weak understanding of the nature of Yemen's ongoing conflict, especially the ideological, intellectual, and political elements of the Houthi militias and their fundamental rejection of the principles of democracy and the peaceful rotation of power," stated the letter.

Hadi also accused Griffiths of "providing the H0uthi militia with guarantees to stay in Hodeidah and its ports under the umbrella of the UN".

"I can no longer accept these offences by your special envoy which threaten chances to find a (lasting) solution."

The Houthis, who ousted Hadi from power in the capital Sanaa in 2014, have stepped up missile and drone attacks on Saudi Arabia in recent days in a resurgence of tactics that had largely subsided since late last year amid UN-led peace efforts.

The attacks come the same month that the UN special envoy appeared to have achieved a diplomatic breakthrough, getting the Houthis to agree a unilateral withdrawal of their forces from Hodeidah and two other ports. Saudi Arabia and the UAE head a Western-backed coalition that support Hadi and intervened in Yemen in 2015 to try to restore the internationally recognised government ousted from power.

In a statement, a UN spokesman said on Friday that Guterres reiterated his confidence in Griffiths after receiving the letter, and said the special envoy would double down on efforts to support both sides in the conflict and ensure that the Stockholm agreement is fulfilled.

The four-year conflict has pushed the country to the brink of famine, triggering what the UN describes as the world's worst humanitarian crisis, with over 24 million, more than two-thirds of the population in need of aid.