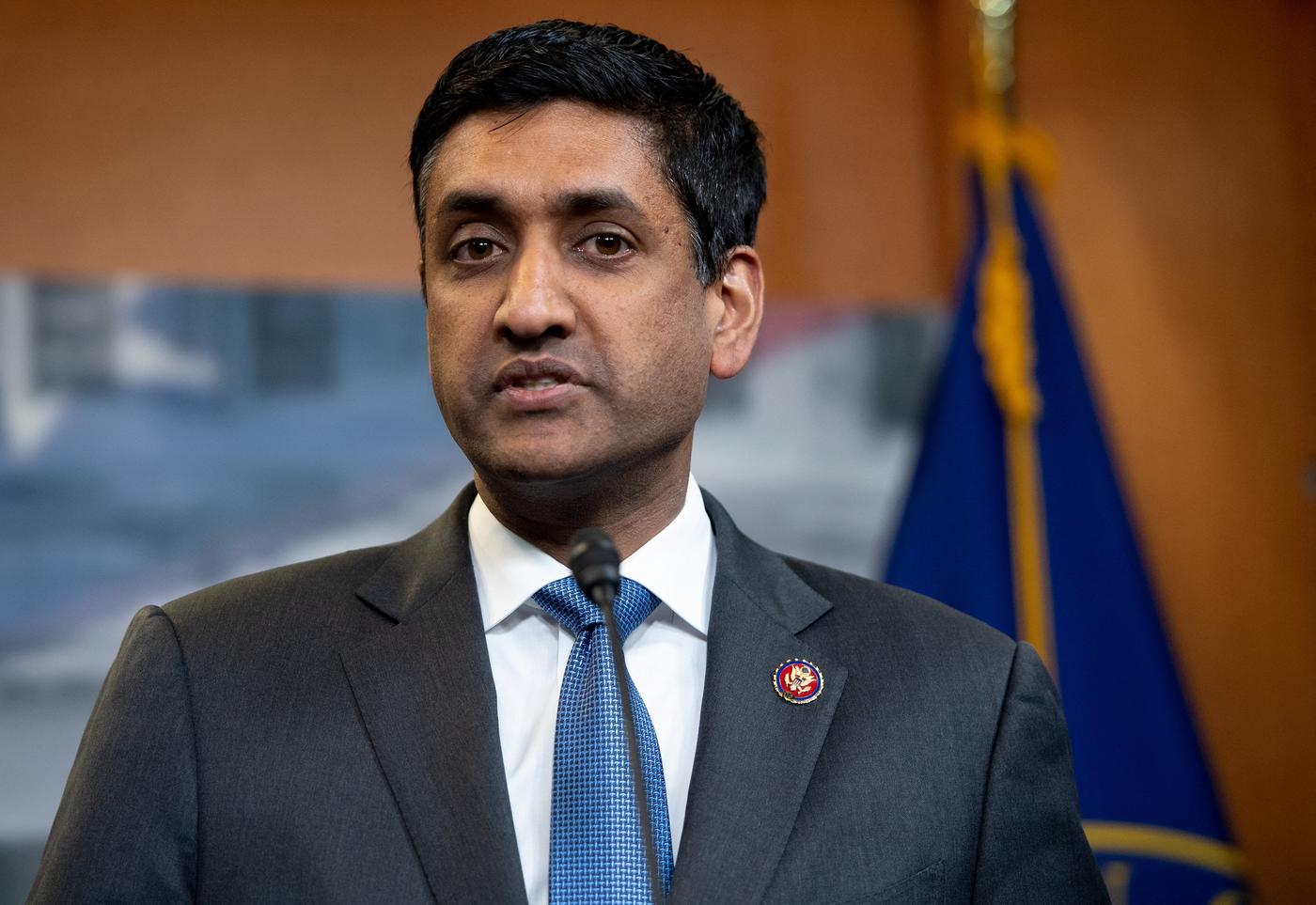 Ro Khanna, a prominent legislator in the progressive movement, called for lifting the blockade on Yemen (AFP/File photo)
By
Ali Harb
in
Washington

US Congressman Ro Khanna, a leading critic of the war in Yemen, has cautioned that lawmakers will be "vigilant" about the scope of Washington's involvement in the conflict after President Joe Biden announced ending US assistance for the Saudi-led coalition's offensive operations.

Speaking on a virtual panel organised by the Quincy Institute for Responsible Statecraft on Thursday, Khanna welcomed ending US support for the war and credited activists and anti-war groups for making a "tremendous impact" leading to Biden's "historic decision".

Khanna highlighted that Biden's announcement last week is a major change in US posture that pressures the Saudis to work with UN envoy Martin Griffiths to end the war.

"That is not a meaningless statement or a statement that has no value," Khanna said. "It's a dramatic shift in American foreign policy that sends a clear signal to the Saudis that they need to come to the peace table with Martin Griffiths and have peace."

The congressman, who is a prominent voice in the progressive wing of the Democratic Party, noted that Saudi Arabia has characterised its entire bombing campaign in Yemen as defensive.

"My understanding and reading of the Biden administration is they view all of that as offensive," Khanna said. "If you are bombing a Yemeni village, if you are striking Yemen, that is offensive."

The California Democrat, however, warned against misinterpreting the administration's new policy.

"We have to be vigilant to make sure that the twisted definition that the Saudis use doesn't prevail. Congress will be vigilant on that," Khanna said.

The progressive lawmaker had led early efforts to end US involvement in the Yemen war, partnering with Senator Bernie Sanders as well as a few Republican legislators, including Senator Mike Lee of Utah who opposed American intervention in the conflict.

In April 2019, Congress succeeded in passing a bill to halt US assistance for Saudi Arabia's war efforts, invoking for the first time ever the War Powers Resolution, which allows lawmakers to end foreign military interventions not authorised by them. Then-President Donald Trump vetoed the measure. But Biden had vowed to stop American involvement when he was still a presidential candidate.

Khanna said on Thursday that he trusts Biden and his top aides - including Secretary of State Antony Blinken and National Security Adviser Jake Sullivan to fully deliver on that promise following last week's announcement. Yet he expressed wariness of some hawkish individuals on the US National Security Council without identifying them.

He also urged the US administration to push to end the siege on Yemen, which is perpetuating the humanitarian crisis in the war-torn country.

"We need to make sure that we're vigilant and that we aren't providing the intelligence or operational support to continue any of the strikes," Khanna said.

"We're also asking them to lift the blockade that's still ongoing, and that's not allowing commercial activity or food or medicine to get into Yemen."

The Saudi-led intervention in Yemen started in March 2015 when the kingdom and its regional allies started a bombing campaign to restore the government of President Abd Rabbuh Mansour Hadi who had been driven out of the capital Sanaa by the Houthi rebels.

The war has killed more than 100,000 people, caused outbreaks of preventable diseases and brought the impoverished country to the verge of famine in what the UN has called the world's worst humanitarian crisis.

On Thursday, Khanna acknowledged that the administration of President Barack Obama, which provided the initial support to the Saudi-led coalition, had a "failure of policy" in Yemen that was "grossly aggravated" by Trump.

"Now we have a president who has at least said to the Saudis that their war is morally wrong; that should give Griffiths much more leverage," he said.

The US administration has appointed its own special envoy, Timothy Lenderking, to help end the multi-faceted conflict.

Khanna argued that the diplomatic path in Yemen should be separate from negotiations with Iran over its nuclear programme.

Tehran's ties to the Houthis have long been a topic of debate in Washington. While Saudi Arabia portrays the rebels as Iranian subordinates, many experts say the relationship is more complicated than that. Tehran may have some leverage over the rebels, but it does not control them.

On the subject of Iran, Khanna called on the Biden administration to make the first move by lifting sanctions on Tehran to revive the nuclear deal. Biden had vowed to return Washington to the multilateral agreement, which saw Iran scale back its nuclear programme in exchange for lifting sanctions against its economy.

Trump had nixed the pact, known as the Joint Comprehensive Plan of Action (JCPOA) in 2018, and started piling sanctions on Iranian industries, banks and individuals. In turn, Tehran responded by loosening its commitment to the deal and enriching uranium beyond the restrictions set by the agreement.

Now, Iran and the new US administration remain at an impasse, with Washington arguing that Tehran should fully comply with the agreement again before sanctions are lifted.

"My view is that we ought to get back into the JCPOA and lift the sanctions, which can always be snapped back, because we're the ones who broke the agreement," the congressman said on Thursday.

He said Trump's maximum pressure campaign against Iran was "wrong" and ineffective, noting that Iran has more nuclear material today than when the US was in the deal. "It's in our self-interest to make the first move."