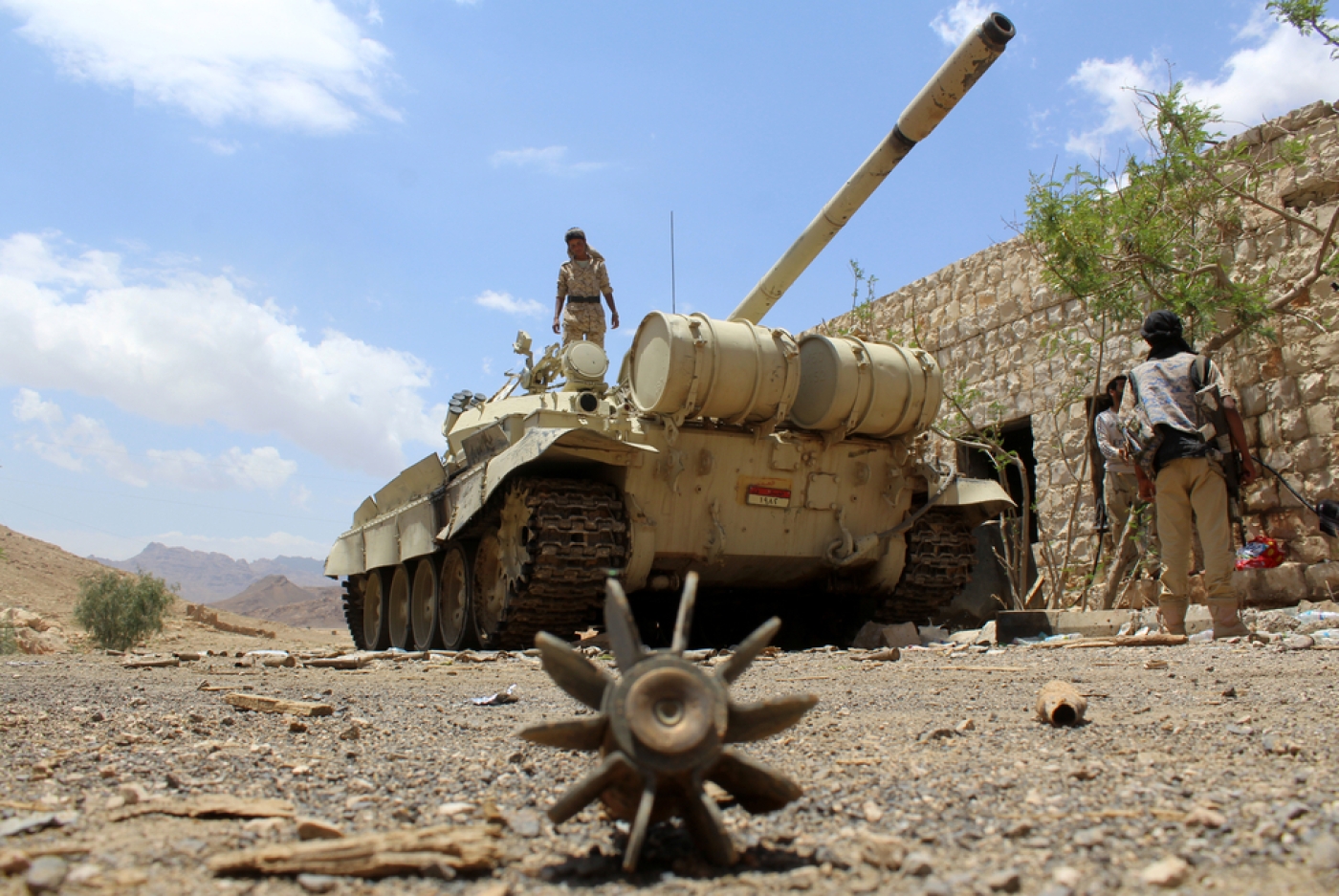 Yemeni pro-government forces at the military base of Nehm, in the Sanaa province east of the Yemeni capital, on 7 April, 2016 (AFP)
By
AFP

Al-Qaeda fighters killed at least 20 Yemeni soldiers on Saturday when they ambushed their military convoy in the south of the war-torn country, a military source said.

"Armed members of Al-Qaeda ambushed a group of young soldiers travelling in three civilian vehicles in the province of Abyan, killing at least 20 of them," the source, who requested anonymity, told AFP.

The group ordered the soldiers to get out of the vehicles and shot them during the early morning attack in the town of Ahwar, the source added.

The soldiers were young recruits who were being deployed as part of the internationally recognised government's efforts to restore security to areas under its control.

Yemen has been riven by civil war since September 2014, when Iran-backed Shia Houthi rebels, based in the north of Yemen, and their allies drove the government out of Sanaa and much of the country's north.

The Houthis controlled Aden, the main city in southern Yemen, for months before government forces backed by a Saudi-led military coalition pushed them back in July.

Al-Qaeda and the Islamic State group have taken advantage of the chaos to strengthen their grip on southern Yemen.

After having long ignored them, forces loyal to President Abd Rabbuh Mansour Hadi have launched operations against them in the past few weeks.