The Yemeni army has recruited 4,800 southern fighters following a presidential decision to integrate loyalist militiamen who helped push Houthi militias and their allies out of the country's second city Aden, a military official has said.

"This brigade has 4,800 fighters, including soldiers and officers. Most of the recruits are former fighters of the Popular Resistance" pro-government militia, Colonel Fadel Mohammed Hassan told AFP at a military base in Aden.

The Salman Decisiveness Brigade is named after the Saudi monarch whose country has led an Arab military campaign since late March in support of Hadi.

An AFP correspondent at a military base in Aden this week saw new recruits carrying out training drills, dust rising above them as they exercised.

A sign on the base's front gate carried a poster of Gulf leaders, and a sign reading: "Registration is closed".

"All members of the resistance have been taken in without any exemptions" following orders from Hadi, said Hassan.

The integration of the southern movement fighters into the regular army has long been seen as a potential hurdle. While Hadi seeks to return to a unified Yemen, with Sanna as its capital, many southerners advocate partition from the north, or at the very least a much greater degree of autonomy.

Houthi militias, backed by supporters of former president Ali Abdullah Saleh, managed to take over large parts of Yemen earlier this year, prompting Hadi and many of his ministers to flee.

Hadi sought refuge in Riyadh, which then mounted a fierce air campaign along with Arab allies against the Houthis, leading to devastation and hardship across much of Yemen in the subsequent fighting with the Houthis and their allies.

Bolstered by heavy weaponry and Gulf troops as well as Yemeni fighters trained in Saudi Arabia, loyalists have now retaken Aden and four other southern provinces.

Fighting for control of Yemen's third city Taiz is ongoing, with commentators expecting the anti-Houthi alliance to push north to Sanaa soon. 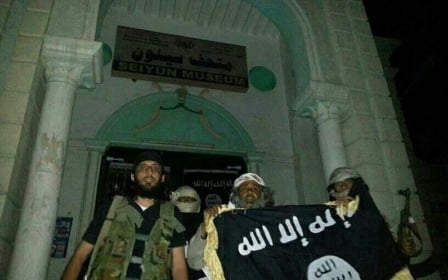