Yemen's Hadi sees only a military solution to crisis

On the sidelines of the UN General Assembly, the Saudi-backed president says 'intransigence' of the Houthi rebels is prolonging Yemen's civil war A solution in Yemen's two-and-a-half-year civil war will likely come through military rather than political means, the country's Saudi-backed president said, blaming the Iran-aligned Houthis of obstructing chances for peace.

Speaking in New York on the sidelines of the UN General Assembly, President Abd Rabbuh Mansour Hadi also told the Saudi-owned al-Arabiya channel that a plan to hand over control of the country's main port to a neutral party remained blocked by the Houthis and their ally, former president Ali Abdullah Saleh.

"The military solution is the more likely one for the Yemen crisis in light of the intransigence of the Houthi and Saleh coup militias, which continue to take orders from Iran," Hadi said in the interview.

"Despite that, the legitimate government continues to extend its hand for peace because it is responsible for the Yemeni people and for lifting the suffering from it," he said.

More than 10,000 people have been killed in the war, which began in March 2015 when the Houthis took over the capital, Sanaa, in the northeast of the country before advancing on Hadi's interim headquarters in the southern port city of Aden, forcing him to flee the country and seek Saudi military help.

A Saudi-led coalition has since joined the fighting in a war that has caused one of the world's worst humanitarian crises and shows no signs of ending soon.

The Houthis deny having significant ties to Iran, and say the Saudi-backed coalition seeks to foment "destruction" inside and outside the region.

Hadi accused former US president Barack Obama of turning a blind eye to what he described as Iranian expansion that allowed the Houthis to seize Sanaa as he was only preoccupied with the success of nuclear talks with Tehran.

"But the position under the current administration is better because it stands on the basis that there should be pressure on the Houthis and Iran so their expansion in the region would stop."

Hadi said the Houthis still had a chance to join the political process if they agreed to hand over weapons and formed a party to help pursue national reconciliation. The Houthis say they are willing to hand over their weapons to a national unity government formed to represent the whole country. 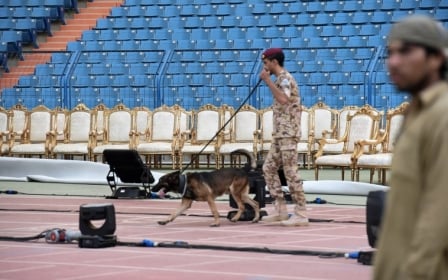 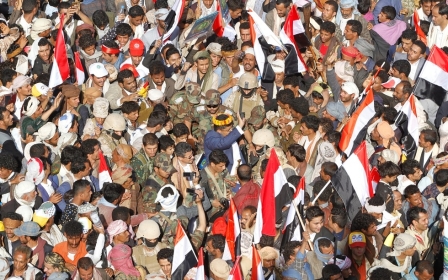