Yemen's Houthis to withdraw from Hodeidah and other ports, UN says

Houthis to begin withdrawing from Hodeidah, Ras Isa and Saleef ports on Saturday 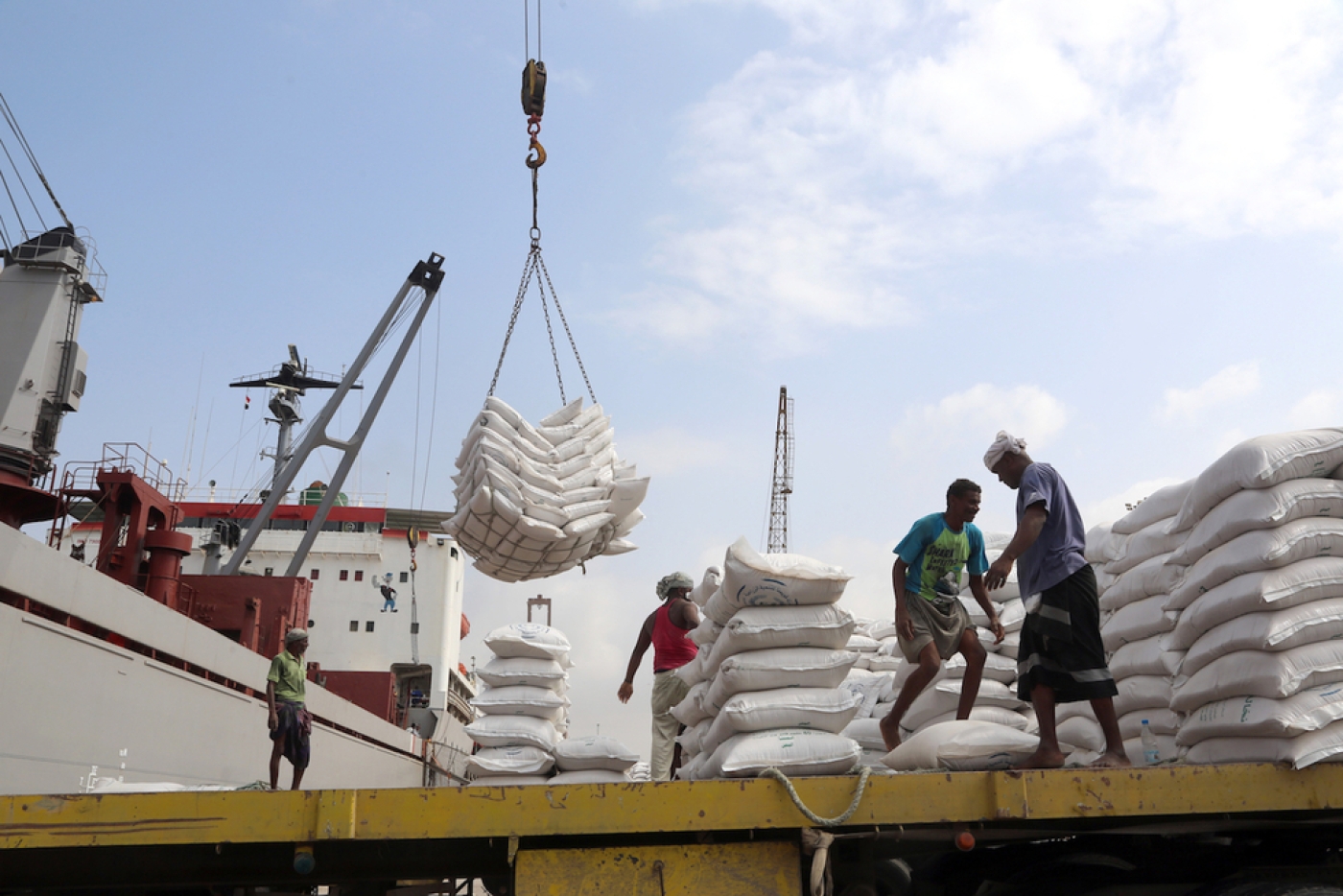 Yemen's Houthi rebels have agreed to begin withdrawing from a number of key ports in the next few days as part of a truce reached in December, the United Nations said.

The UN's Redeployment Coordination Committee said in a statement on Friday that the Houthis agreed to an "initial unilateral redeployment" from the ports of Saleef, Ras Isa and Hodeidah.

The latter is the main entry point for critical humanitarian supplies and imports into Yemen, where an armed conflict between the Houthis and Saudi-backed coalition forces has raged since 2015, causing thousands of casualties.

The Houthi withdrawal is set to begin on Saturday and to be completed by Tuesday, the UN said in its statement.

The decision was welcomed by Lieutanant General Michael Lollesgaard, who chairs the UN committee tasked with implementing the UN-brokered ceasefire deal agreed to in Sweden in December.

"This is a first practical step on the ground since the conclusion of the Hodeidah Agreement," the UN's statement reads.

"It must be followed by the committed, transparent and sustained actions of the parties to fully deliver on their obligations."

Yemen information minister Moammar al-Eryani criticised the Houthi offer to redeploy in a tweet, calling it "misleading" and unacceptable if it did not allow for "joint monitoring and verification" as stipulated by the December pact.

While the Sweden agreement called for the warring sides in Yemen to pull out of the Hodeidah, Saleef and Ras Isa ports within weeks, the withdrawal stalled as Yemen's government and the Houthis haggled over how to interpret the deal.

Saleef's port is a major importer of grain, while Ras Isa is a transit hub for oil entering the country, Reuters news agency reported.

The Hodeidah port is critical to feeding Yemen's 30 million people.

The city also saw intense fighting last autumn, which raised fears that a full-scale assault by Saudi-led forces might cut off supplies to millions of people - and pushed the UN to bring the two sides to the negotiating table.

Yemen's four-year war pits the Houthis against the internationally recognised government of President Abd-Rabbu Mansour Hadi, which is backed by a Saudi-led coalition that includes the United Arab Emirates.

The ongoing conflict has brought the already-impoverished country to the verge of famine and caused outbreaks of preventable diseases, while leaving millions of people in need of humanitarian assistance.

According to a recent UN report, the conflict and its effects will have killed more than 230,000 Yemenis by the end of the year.