Popular Resistance in Taiz does not have funds to pay its fighters, so some volunteers are asking for donations 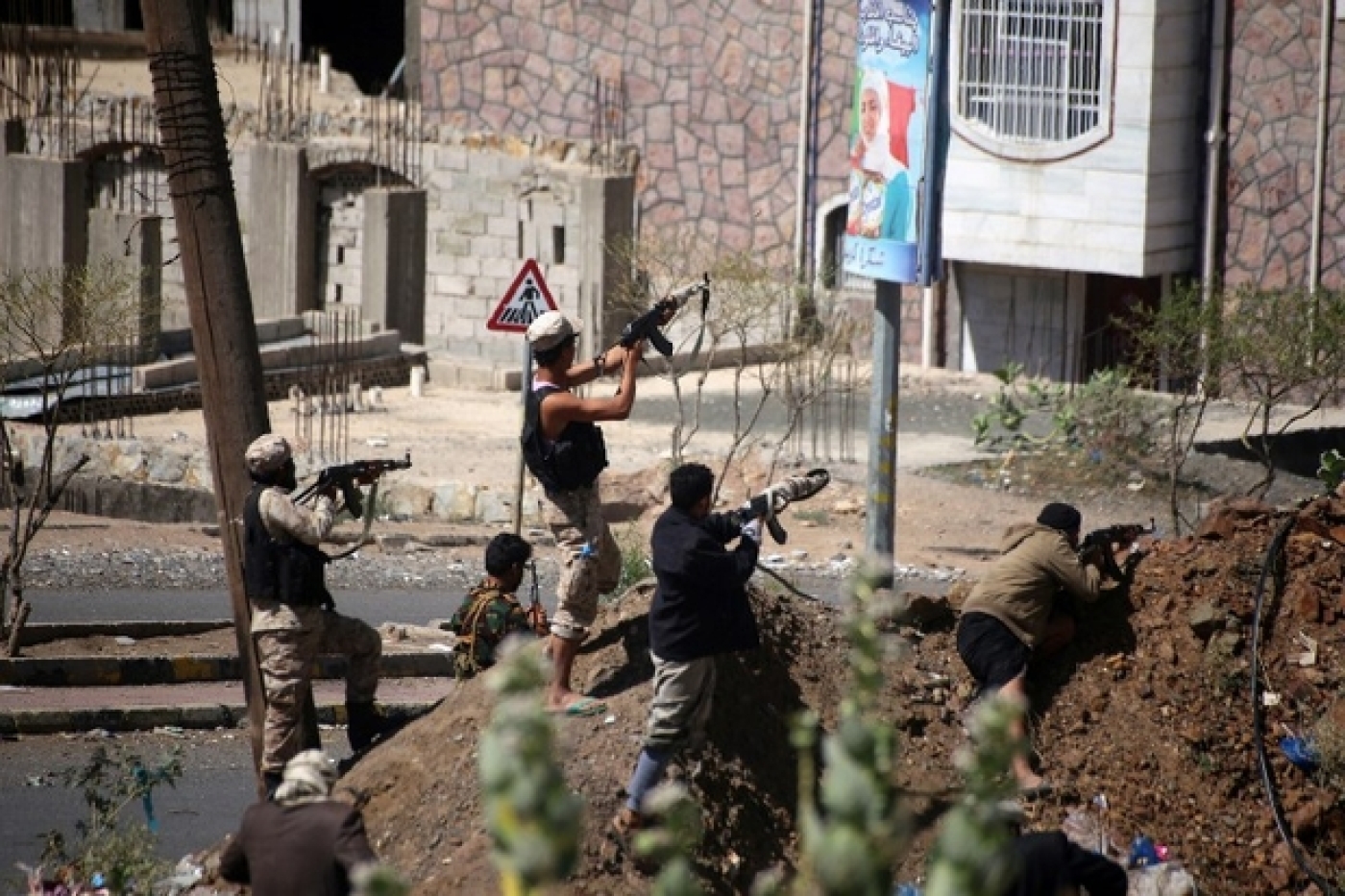 TAIZ, Yemen - Throughout the Eid holidays, supporters and volunteers for the Popular Resistance in Taiz have asked civilians to donate money to help shore up finances for their cause.

While some factions in the Resistance have levied taxes on traders and vendors in the town’s markets, the group still suffers from insufficient funding and is unable to pay all its fighters.

Amer Saeed, 34, a resident of al-Mawaset district, is one of a group of people visiting houses in the district to solicit donations.

"I am extremely proud to help the Resistance fighters by collecting donations from civilians, and every citizen has to participate in the battle against the Houthis in Taiz by donation," he told Middle East Eye.

Saeed and his friends have been canvassing since 6 July, and they continue to visit houses.

"It has become clear that the Yemeni government and the coalition countries have betrayed Taiz, so Taiz residents have to support the Resistance fighters, who are fighting for the sake of Taiz to protect our province from the invaders who came from Saada," Saeed said. Saada is the northern Yemeni province where many Houthi fighters were entrenched before the rebellion.

Saeed and his friends operate as volunteers. The donations they collect go to Resistance leaders in their district and are distributed to fighters on the front lines.

A leader of the Popular Resistance in Taiz province told MEE on the condition of anonymity: "When we formed the Resistance, we did not depend on the government or the coalition countries, but we formed it out of the residents, so residents have to be part of the Resistance and they have to help the Resistance either by money or weapons."

He said some fighters do not earn enough to feed their families, and are thinking more about them going hungry than on the battles they face. Therefore, he said, residents should help them by sending cash to fight the Houthis.

The Popular Resistance controls central Taiz as well as some rural areas. The Houthi rebels control the main entrances of the city and have imposed a siege on it since last August, forcing its residents to travel in and out of Taiz through mountain routes.

The Resistance accepts donations of any size, including as little as 100 Yemeni rials (35 cents), but many of the city’s residents say they do not like the idea and do not think it is their duty to donate to the fighters.

"Many of Taiz's residents lost their jobs because of the war and they are suffering, unable to secure basic commodities for their families, so they are waiting for someone to help them. They cannot help the Resistance at all," Nasr Abdulsamei, a resident of al-Mawaset district, told MEE.

He said the Popular Resistance must ask for donations from abroad, and not from civilians in Taiz province. He told MEE he has not donated to the Resistance.

Abdulsamei used to work in construction in Taiz city. When war broke out, he returned to his original village in al-Mawaset district with his six family members. He depends on the rare work he can find in his village and the charity that other people in his town give to his family.

"The members of the Resistance are asking all people to donate, and they visit the houses of displaced people asking them to donate, while those people are looking for someone to help them," he said.

Abdulsamei said he does not believe in the war in Taiz, saying: "Both sides are Yemenis." He said he cannot support either side because he is a civilian who simply wants his country to be safe.

"Taiz does not deserve all this destruction, so I hope the warring sides will realise that this is a ridiculous war and will stop fighting, and then we can return our peaceful city to work again."