10 things that have changed forever on Gaza 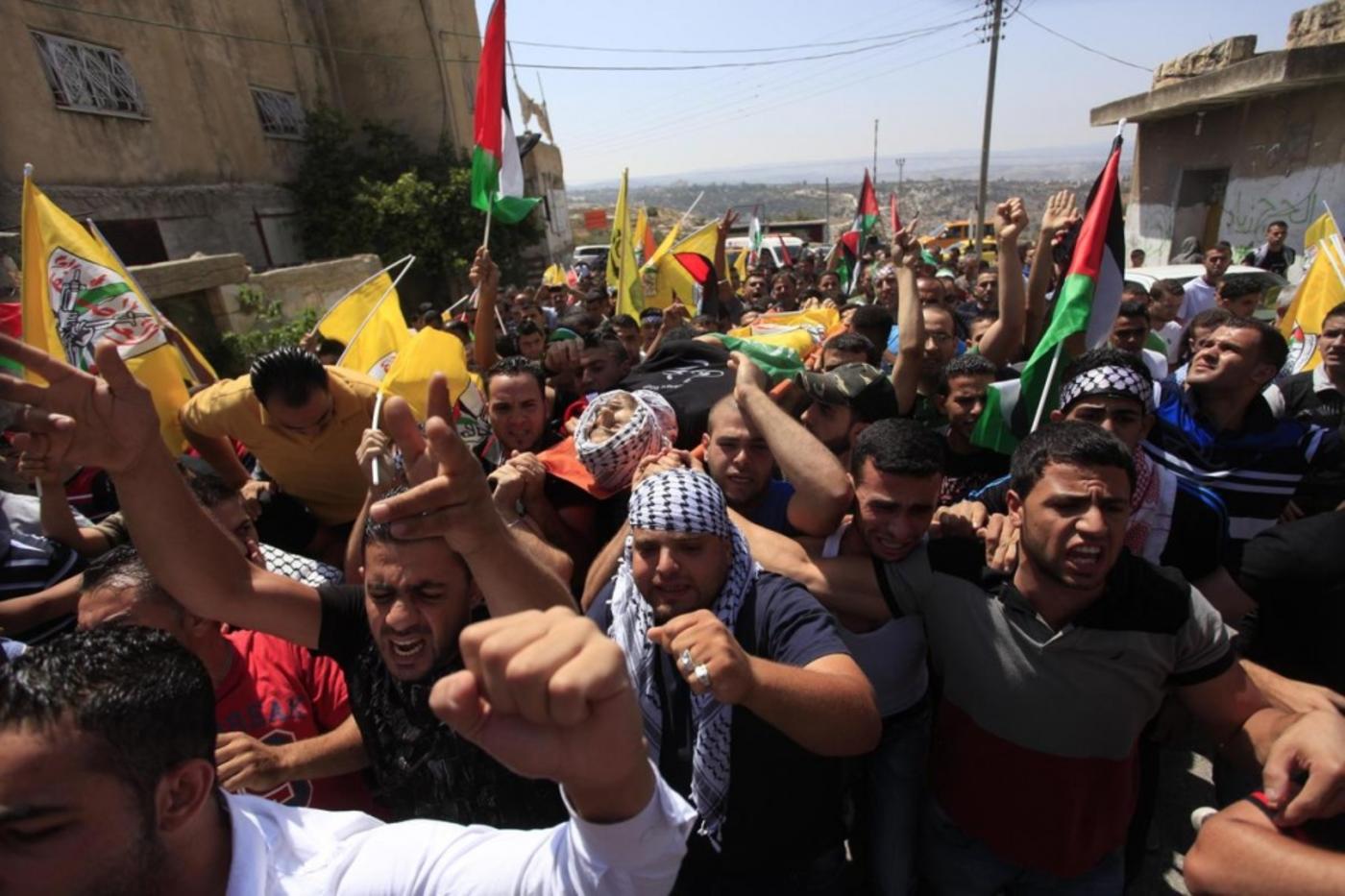 After every bloody episode of violence perpetrated by Israel, media spin doctors are deployed with one grand mission: Absolve Israel of any responsibility in its acts of carnage.

These apologists not only demonise Palestinians, but also anyone who dares to take a stand on their behalf. The main staple of this Israeli strategy is blaming the victim.

There is nothing new in this tactic - this is how the so-called “Arab-Israeli conflict” has been presented in Western media.

The narrative is always much closer to that of Israeli official and media discourses than that of Palestinians' - despite the decades-long military occupation, successive wars, and countless massacres.

Since the Israeli siege on Gaza began, following the democratic elections that brought Hamas to power in January 2006, Israel has needed all of its hasbara savvy - alongside that of its backers in the West - to explain why a population was brutalised for making a democratic choice.

The sheer amount of deception involved in the cleverly knitted story, which among other ruses equates Hamas with al-Qaeda (as Israel once did between late Yasser Arafat and Hitler), has represented a new low - even by Israel’s own standards.

The West’s media demonised Hamas, the resistance and all the other “bad” Palestinians who voted for the movement, while intentionally ignoring the fascism that has taken over Israeli society.

For the “bad” Palestinian to exist – ie a “radical”, “extremist” who is anti-peace - there always had to a “good” Palestinian, represented by Palestinian Authority (PA) President Mahmoud Abbas or any faction, person or leader willing to co-exist with the Israeli occupation.

The PA has gone even further cooperating with Israel to ensure the demise of the Palestinian “radicals”, as in those who insist on resisting the occupation.

Thanks to the PA, the price for the Israeli occupation has never been so cheap. Despite repeated attempts at re-activating the so-called peace process, Israeli Prime Minister Benjamin Netanyahu has always found a way to torpedo such efforts, even those promoted by his closest allies in Washington.

“Peace” is a major risk for Netanyahu, because his government is sustained by Jewish nationalists and extremists who feel no particular need to end their colonization of the West Bank. Abbas had done a great deal to ensure that Israel feels no pressure to negotiate. Every attempt at resistance, even by standing peacefully with placards and banners in Ramallah’s al-Manara Square was crushed; often brutally.

Gaza, however, remained an exception. Israel’s brutality there has reached unprecedented levels, especially after Israel’s Cast Lead Operation, which killed and wounded thousands. Many predicted that the crimes in Gaza would turn the tide against Israel, but they didn’t. Israeli influence over the media was still tight enough that somehow they managed to, at least, neutralize the impact of Cast Lead. The advent of the Arab Spring and the devaluing of human life, as happened in Syria, Libya and Egypt, somehow buried the Israeli crimes in Gaza; however temporarily.

But Israel’s latest war on Gaza in the summer of 2014 has amounted to a genocide. Israel’s argument that it was “defending itself” was no longer sufficient. No amount of hasbara was enough to explain the burying alive of entire families, the summary execution of civilians, the pulverizing of entire neighbourhoods, the shelling of fleeing children playing at a beach during a deceptive “lull,” the destruction of dozens of mosques and churches, and the killing of more children sleeping in UN schools-turned temporary shelters.

It is particularly embarrassing for Israel, but also poignant, that the Gaza resistance, which stood alone against tens of thousands of well-armed invaders from tunnels, killed 64 Israelis. All but three were soldiers, mostly killed inside Gaza.

As the world was awakened to the level of devastation created by Israel in Gaza, many also became aware that such wrath is not independent from the fascism that has gripped Israeli society for years. In Israel, there is no longer room for dissent, and those in the highest positions of power, are the ones who openly and freely preach genocide.

In an excellent article in the American Conservative in August 2006, Scott McConnell, wrote, “All societies have their hate groups and extremists, but nowhere in the democratic world are they nearer to the centre of power than Israel.”

He elaborated, “In the 1980s Meir Kahane had a small following in Israel, but his pro-ethnic cleansing party was made illegal. Now Kahanists are in the center of the country’s ruling ideology.”

This was discussed in context of statements made by Moshe Feiglin, deputy speaker of the Knesset and a “top player in Israel’s ruling Likud Party”. Fieglin called for Palestinians from Gaza to be resettled in concentration camps, and all of Hamas and its supporters to be “annihilated”. Who can now, with a good conscience, protest those who infuse the Nazi analogy to what is happening in Palestine?

Meanwhile, in this age of social media, where mainstream news networks no longer have complete command over the narrative, no self-respecting intellectual, journalist, official or any citizen with a conscience can plead ignorance and stand on the fence of neutrality.

Gaza has indeed changed everything. Israel’s criminality and fascism should no longer be open for vibrant media debates, but it must be acknowledged as an uncontested fact. Our language, as in our perception, must also change to accommodate this uncontested reality:

First - military occupation must be fully and unconditionally rejected. Palestinians cannot be judged for defending themselves and for resisting Israel to end its military occupation, end the siege and achieve freedom. Armed struggle is a right defended by international law for people living under foreign occupation.

Second - as anti-Apartheid icon, Desmond Tutu once said, “If you are neutral in situations of injustice, you have chosen the side of the oppressor.” There can no longer be a place for neutrality when thousands of civilians are brutally murdered by an invading army. Neutrality in this context is outright intellectual cowardice, if not even support of Israel’s crimes.

Third - taboos placed on analogies comparing the Israeli occupation to apartheid, and Nazi conduct should be dropped. While the racist notions that enabled apartheid are practiced daily by Israel, the analogy should go much further, considering that genocide has in fact been carried out in Gaza.

Fourth – There can be no mutual blame as a way to avoid placing full responsibility on the Israeli occupation and military. Palestinian resistance that blocked the way of the Merkava tanks in Jabaliya and Shejaiya is a heroic expression of the valour of the Palestinian people. Armed struggle in World War II continues to be admired throughout the world. Palestinians should not be made an exception.

Sixth – Israel is a fascist state. It controls the media, and cracks down on dissidents. It uses violence to achieve political ends, and doesn’t shy away from genocide when it suits it interests. Reverting to “only democracy in the Middle East” statements is a sign of willful ignorance that can no longer be tolerated.

Seventh – The “Arab-Israeli conflict” is a misleading notion. The confines of misleading geography must end. Moreover, there is no conflict per se, but a military occupation and a state of one-sided war. Palestinians are fighting this alone, but are supported by people from around the world, from every color, race, religion and nationality.

Eighth – The Israeli siege on Gaza would have not been possible without full Egyptian support. Egypt is a culprit in the suffering of the Palestinians, and it must be recognized, condemned and held legally accountable for such a crime.

Ninth – Palestinian supporters should no longer view Palestinians with a sense of pity, but respect and admiration for their courage and heroism.

Tenth – And finally, to end the Israeli genocide and occupation, the wheel of continuous action must turn and keep on turning. Those who support Israel must be exposed, and those who facilitate the Israeli occupation and sustain its war machine are partakers in the war crimes committed daily in Gaza and the rest of Palestine. They must be boycotted. The Boycott, Divestment and Sanctions (BDS) movement must grow and serve as the main platform for international solidarity.

The time for clever words and no action is long gone, and those who remain “soft” on Israel, for whatever reason, have no place in what is becoming a global movement with uncompromising demands: end the occupation, punish its sustainers, halt ethnic cleaning and genocide, end the siege, and bring Israeli and other culprits to the international criminal court for their massive war crimes and crimes against humanity. Inside Israel
10,000 Israelis call for government to finish job in Gaza Gaza Under Attack
In Pictures: Funeral of Gazan translator killed by Israeli UXO 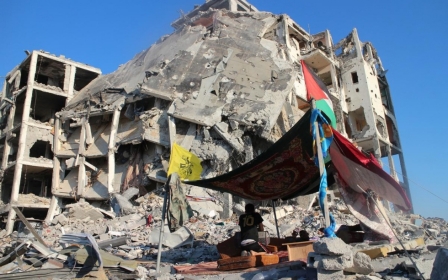