Another US-Israel parallel? Breaking up families for no good reason 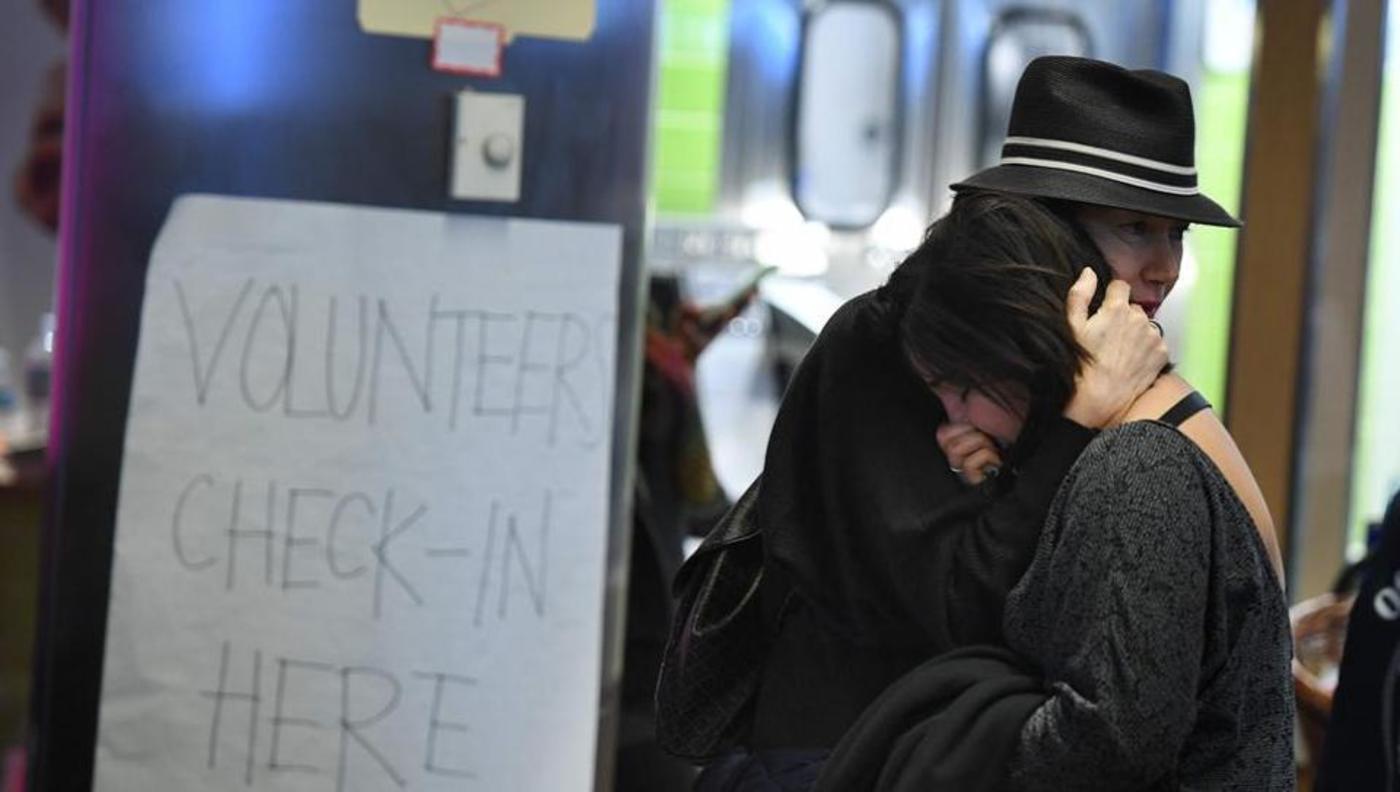 "The wall is necessary… All you've got to do is ask Israel," US President Donald Trump said during a Fox News interview last month while reaffirming his plans to build a wall along the US-Mexico border.

Despite the Trump administration's assertions about the temporary nature of the US ban, our experience in Israel shows that temporary bans are more often than not permanent

President Trump and Prime Minister Netanyahu met in Washington last week for the first time since Trump took office. There is much trepidation, both in the US and internationally, in regards to their blossoming partnership.

The policies pursued by Trump and Netanyahu separate and break apart families, friends and professional colleagues. Their advocacy of separation is based on a dangerous ideology which perceives the "other" – primarily Muslims and Arabs – as a national security threat based solely on their ethnic or religious affiliation. This ideology, which does not distinguish between citizens and non-citizens, targets these "others" solely because of who they are.

Trump and Netanyahu: Mired in the swamp

Proponents of this approach are able to justify even overtly racist actions such as Trump's recent executive order banning Muslim citizens of seven countries from entering the US, implying that all of these countries' citizens pose a threat to American national security. While this executive order targets non-US citizens, it directly affects the families, friends and colleagues of American citizens and categorises them all as "enemies".

It is no surprise that Trump has adopted many of Israel's discriminatory policies while simultaneously ignoring the International Court of Justice's 2004 ruling which found that Israel's West Bank separation wall is illegal under international law, as it runs deep into occupied Palestinian territory.

The American president is also ignoring historic US precedent: the US Civil Liberties Act of 1988, which included a formal Congressional apology to Japanese-Americans, recognised the injustice caused to the community when they were imprisoned in American internment camps during World War Two.

It is not by chance that the American and Israeli leaders are promoting a common policy based on an "enemy" doctrine which implements blanket bans on people entering their respective nations, based strictly on ethnic or religious background.

The Israeli government passed a “temporary law” in 2003 which bans the entry of Palestinians from occupied Palestinian territories for the purposes of family unification with spouses who are Palestinian citizens and residents of Israel.

'Trump is a racist donkey': Refugees in Lebanon watch US dreams slip away

In 2007, that same law was expanded to include citizens and residents of countries defined as "enemy states": Syria, Iraq, Iran and Lebanon and any other country perceived by Israel to be a national security threat. This law currently affects 8,000-10,000 Palestinian families with non-citizen spouses.

The Netanyahu-led government has repeatedly extended the validity of this “temporary” law since 2009. Despite the Trump administration's assertions regarding the temporary nature of the US ban, our experience in Israel shows that temporary bans are more often than not permanent.

'Human rights are not a recipe for national suicide'

The Israeli government justified this law before the Supreme Court, when challenged by Adalah and other human rights groups, by claiming that it was necessary to prevent Palestinians and Muslims from entering Israel in order to avert potential security threats.

In its initial ruling on the family unification law in 2006, Israeli Supreme Court Justice Ayala Procaccia warned against issuing a verdict similar to that rendered by the US Supreme Court in Korematsu vs US during World War Two, which legally endorsed the sweeping sanctions taken against Japanese-American citizens. Procaccia stated that the Korematsu ruling “has been considered by many to be one of the darkest episodes in the legal history of Western states".

However, in 2012, the Israeli Supreme Court issued its final ruling on family unification: it approved the ban and found that the right to family life does not necessarily mean that this right may be exercised within the borders of the state of Israel.

US Olympian Ibtihaj Muhammad detained by US Customs

Former chief justice Asher Grunis ruled that "human rights are not a recipe for national suicide". In his view, the lesser damage to the right to family life must be weighed against the greater damage to Israeli lives.

In the same ruling, Justice Elyakim Rubinstein also stated that an Israeli citizen choosing to engage in spousal relations with a resident of a hostile state (or state-like entity) cannot argue discrimination in court. In other words, if a Palestinian citizen of Israel requests that their non-citizen Arab/Palestinian family member be permitted to enter the country, the entire family unit is perceived as belonging to the "enemy".

The proponents of both the American and the Israeli bans intentionally ignore existing data on the actual involvement of each "suspect" groups in activities that "threaten national security".

The number of Palestinians who entered Israel via the family unification process and were found to be involved in "security-related activities" was negligible; the Israeli government never brought concrete evidence before the Supreme Court to prove the existence of any security threat.

The US ninth circuit federal court likewise found that the Trump administration presented assertions of security threats – but no actual proof.

The motivations here are clearly not security-based. In Israel, border bans and walls are employed not to protect national security, but rather to preserve the supremacy of Jewish citizens in a state self-defined as "Jewish", while these same practices serve to promote Trump's agenda of white supremacy in the United States.

- Sawsan Zaher is a senior attorney at Adalah - The Legal Center for Arab Minority Rights in Israel, where she is director of the economic and social rights unit.

Photo: A woman of Iranian descent cries as she waits for a family member at Los Angeles international airport after the immigration ban imposed by US President Donald Trump (AFP) 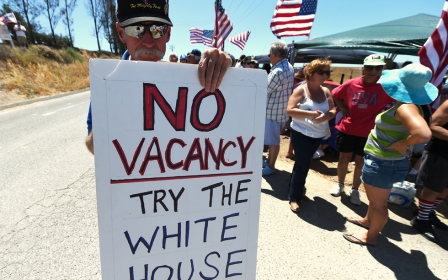