Are the US and UK empowering al-Qaeda in Yemen?

Mark Curtis
Washington and London continue to arm Saudi Arabia, whose coalition has formed a tacit alliance with AQAP fighters 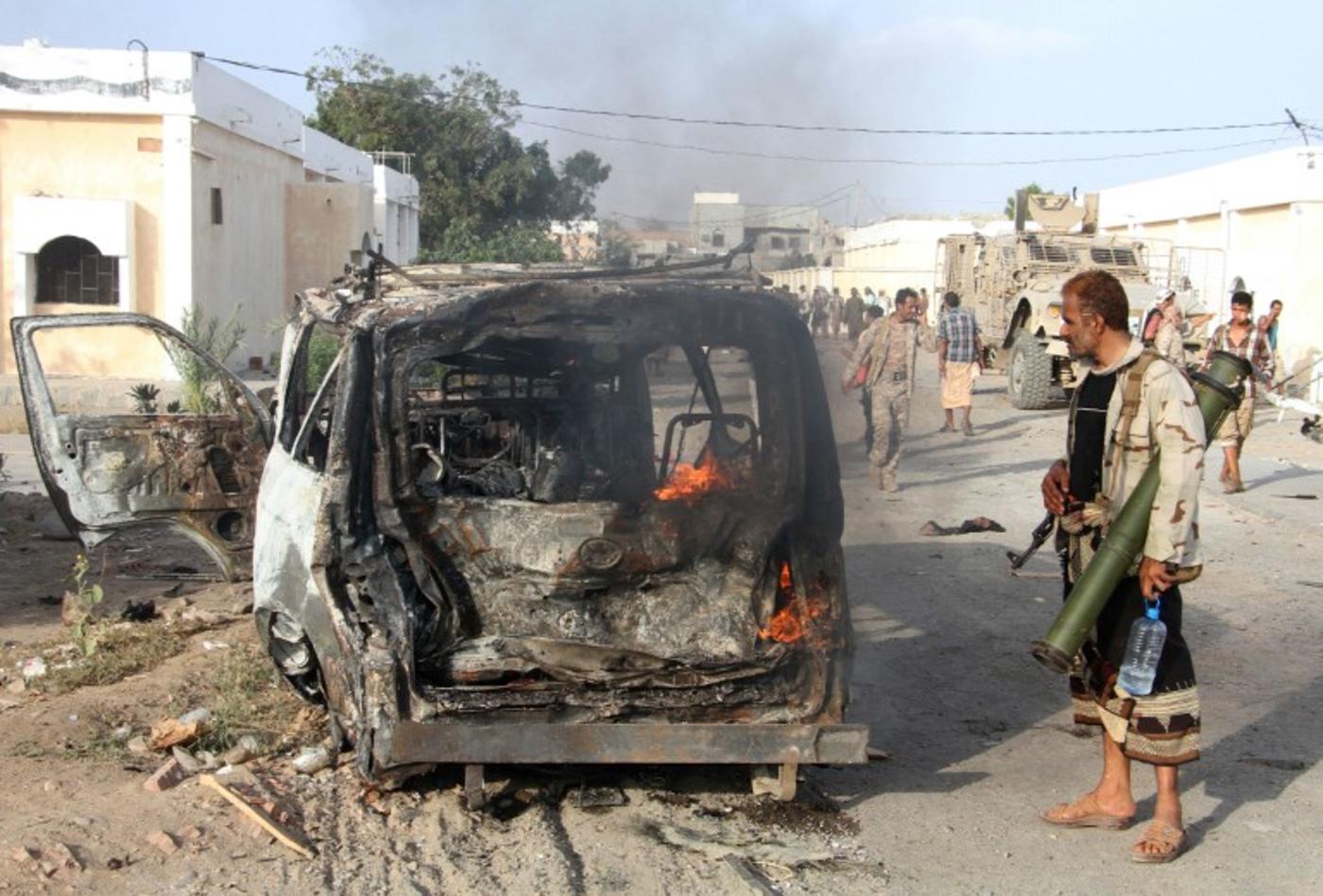 A recent investigation by the Associated Press found that militias in Yemen backed by the Saudi-led coalition, of which the US and UK are a de facto part, have been recruiting hundreds of al-Qaeda militants to fight Houthi forces to reinstate the ousted government of Abd Rabbuh Mansour Hadi.

The coalition has been cutting secret deals with these al-Qaeda fighters, paying some to leave key towns with weapons and looted cash worth up to $100m. This, and similar stories that have emerged in the three years of Yemen’s war, begs a key question: Given their arming of Saudi Arabia, are Washington and London also arming and empowering al-Qaeda militants in Yemen?

The coalition and al-Qaeda militants have been described by the International Crisis Group as having a “tacit alliance” in Yemen. Ansar al-Sharia, a militant group created by al-Qaeda in the Arabian Peninsula (AQAP) as its local insurgent arm - has regularly fought alongside coalition forces against Houthis in Aden and other parts of the south, including the cultural capital of Taiz, indirectly obtaining weapons from the coalition.

On the ground in Yemen, coalition forces comprise a mix of anti-Houthi militias, factions and tribal warlords, in which AQAP militants are often intertwined and present in all the frontlines. AQAP is benefiting from the tremendous amount of light and heavy weaponry that Saudi Arabia and the UAE are sending to Yemen to arm the militias - everything from assault rifles to anti-tank guided missiles.

According to the International Crisis Group, AQAP “has acquired a wide range of new weaponry, including heavy weapons from Yemeni military camps or acquired indirectly from the Saudi-led coalition”.

The UK government cannot categorically state that its weapons are not ending up in the hands of al-Qaeda, a risk that will continue as long as London keeps the arms flowing to Riyadh

Middle East Eye revealed last year that the largest Salafi militant force in Taiz received arms and money from the coalition: It was commanded by Abu al-Abbas, who was subsequently designated an al-Qaeda and Islamic State (IS) supporter by the Saudis and the US. One fighter with the battalion said that Abu al-Abbas held monthly meetings with the coalition leadership in Aden.

These arms supplies are longstanding and are contributing to the growth of AQAP. Joke Buringa, a Dutch foreign ministry adviser on Yemen, noted nearly three years ago that “Saudi Arabia has been delivering arms to al-Qaeda, (which) is expanding its sphere of influence”.

Washington and London try to demonise Iran for supplying arms to the Houthis and posit the Yemen conflict as a Saudi-Iranian one, rather than a war for Riyadh’s control of the whole of Arabia.

Yet, as noted by Michael Horton, a Yemen expert at the Jamestown Foundation, a US analysis group that tracks terrorism, “AQAP - far more than the Houthis - has benefited from the influx of weapons to Yemen” while “currently, Iran has little influence with the Houthis, who are distinctly Yemeni and deeply rooted in a very Yemeni socio-cultural context”.

US and British arms

If arms from Saudi Arabia and the UAE are reaching al-Qaeda militants in Yemen, could these be the same kinds of weapons that Washington and London are supplying to Riyadh and Abu Dhabi?

The UK, for example, has licensed more than £4.6 billion ($5.9bn) worth of arms to Saudi Arabia since the bombing began in March 2015. These weapons include not only items for the Saudi air force, such as warplanes and missiles, but also arms that are ideal for insurgent groups, such as grenades, bombs and guns.

The British government freely admits that it does not monitor the use of its arms exports after sale and has said: “We do not have a full picture of which specific items have been used in Yemen.” Neither do there appear to be any restrictions on how the Saudis might use the British arms they receive.

Thus, the UK government cannot categorically state that its weapons are not ending up in the hands of al-Qaeda, a risk that will continue as long as London keeps the arms flowing to Riyadh.

The UK government is not only complicit in Saudi war crimes, evidenced in its direct role in the war (supplying arms, storing and issuing weapons used in bombing and maintaining the Saudi warplanes), but it is also contributing to the rise of AQAP.

In July, Foreign Minister Alistair Burt told parliament: “The conflict in Yemen has allowed terrorist organisations like al-Qaeda and Daesh [IS] to establish themselves and spread their message of violence and extremism.” Indeed, Jane’s Intelligence Weekly has reported that AQAP is in the process of asserting itself as the dominant actor across much of southern Yemen.

AQAP’s strength - estimated by US officials at 6,000 to 8,000 members - is increasing, while the war is providing the group with a host of opportunities to refine its tactics. Horton makes a further critical point: “If coalition-backed forces are able to force the Houthis to retreat, AQAP will move to fill some of the voids left by the Houthis and their allies - at least over the short-term.”

The US claims to be fighting terrorism in Yemen, and its drone strikes against AQAP targets have increased since Trump took office. But its larger mission is to win the civil war against the Houthis, and in that conflict, al-Qaeda militants are effectively on the same side as the coalition.

By positioning itself as a disciplined Sunni force capable of countering the Houthi insurgents, AQAP has established itself as a de facto coalition partner.

This is further illustrated in the current battle for the strategic port of Hodeidah, through which much of Yemen’s food and humanitarian supplies pass. Two of the four main coalition-backed commanders along the Red Sea coast are allies of al-Qaeda, as reported by the Associated Press. Another Yemeni commander put on the US terrorism list for al-Qaeda ties last year continues to receive money from the UAE to run his militia.

Once again, Washington and London find themselves - as in Syria, Libya and many other conflicts - regarding terrorist militias as proxy forces to achieve broad foreign policy aims. AQAP, formed in 2009 through a union of the Saudi and Yemeni branches of al-Qaeda, has attacked US and British targets in the region, attempted to bomb a US-bound airliner and claimed responsibility for the January 2015 attack on the Charlie Hebdo magazine in Paris that killed 12 people.

To reverse the growth of AQAP and IS - and end a calamitous war - will require a political settlement in Yemen that is inclusive and addresses demands for local autonomy and security, while operating under the umbrella of a transformed state.

We should fear for Yemen, since AQAP, far from melting away, is likely to grow still stronger the more the war continues. We should also fear for the West, since our governments’ foreign policy priorities remain far removed from promoting the public interest in their choice of wars and allies.

Photo: A Yemeni man looks at a burning vehicle after a reported suicide car bombing in the southern province of Lahj, an al-Qaeda bastion, on 27 March 2017 (AFP) 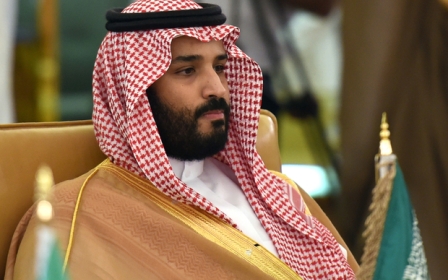 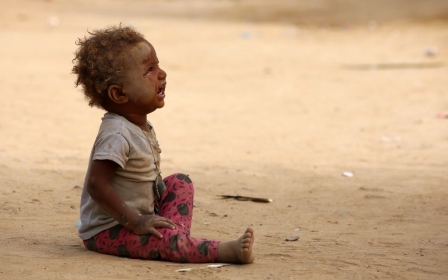 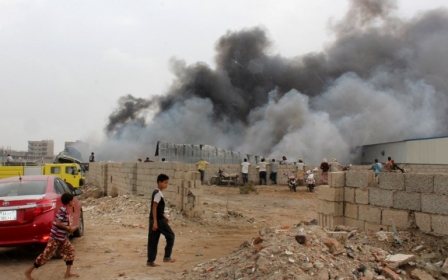