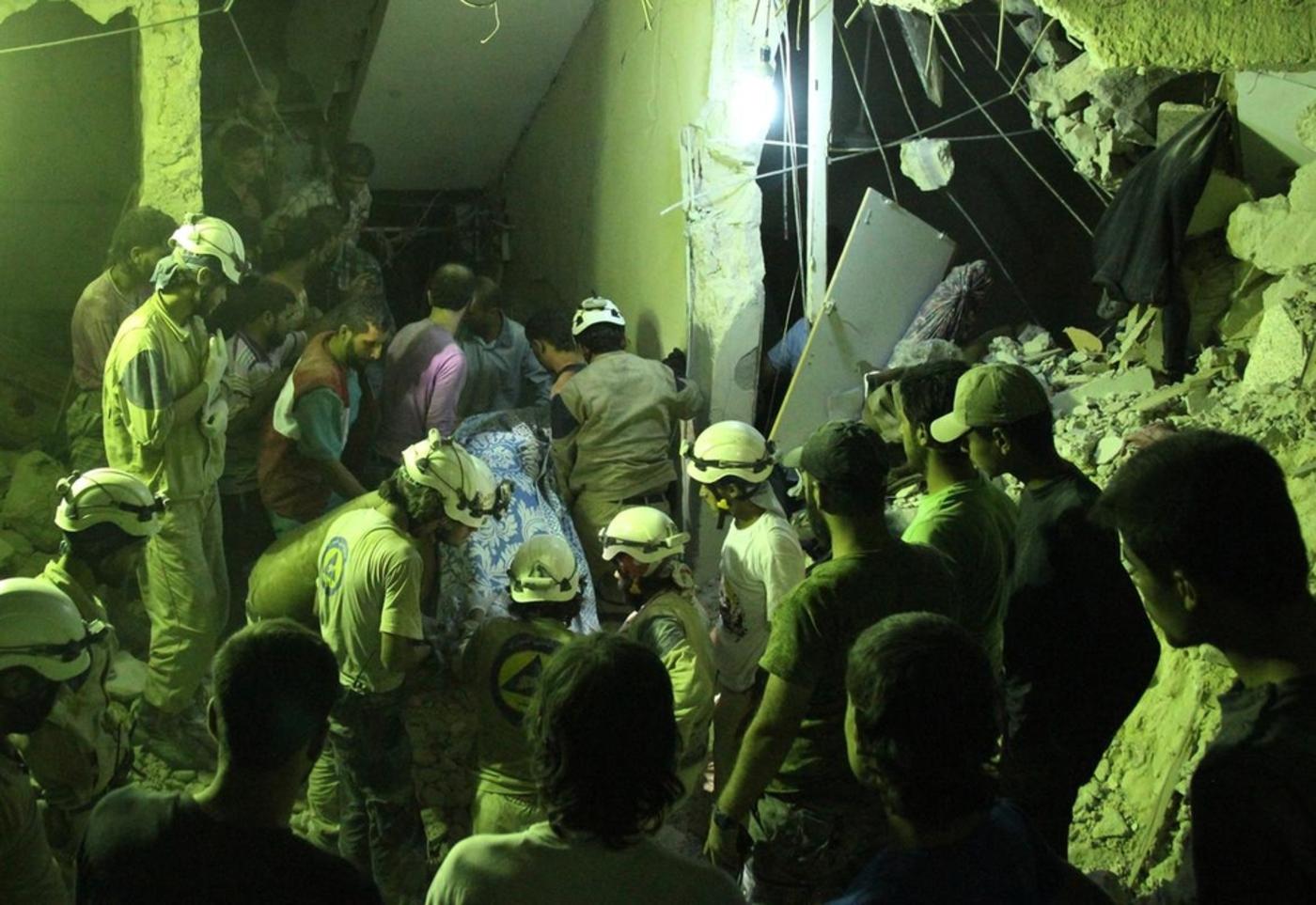 Almost a year ago, after the Ghouta chemical massacre, President Obama asked in a stirring speech at the White House: “What kind of world will we live in if the United States of America sees a dictator brazenly violate international law with poison gas and we choose to look the other way?”

Today, the Kremlin answered Obama, as Russian lawmakers voted unanimously to let the Russian president send troops to Syria. A day after a tense 90-minute meeting between Putin and Obama in New York, Moscow went on with its interventionist plan in Syria, empowered by a largely defeatist rhetoric from the West.

The US president clearly stated in his speech on Monday at the UN General Assembly his willingness to work with Russia and Iran to find a solution in Syria while emphasising the implausibility of maintaining “a pre-war status quo”.

In doing so, Obama reaffirmed that the previous precondition for Syria negotiations – the immediate removal of the president who is responsible for tens of thousands of civilian deaths, is now negotiable.

Iran and Russia were able to take advantage of a fractured Western foreign policy on Syria through proactive military stunts that saw Iranian President Hassan Rouhani stand in UN halls and say, uninterrupted, that Bashar al-Assad’s regime must not be weakened if the West is serious about combating “terrorism”.

In an interview with CNN during his visit to New York for the General Assembly this week, Rouhani said that “everyone has accepted that President Assad must remain so that we can combat the terrorists”.

UK Prime Minister David Cameron told Sky News while on his way to the UN that he was not ruling out Assad’s role in Syria's transition, but "what he is very clear about is that Assad cannot be part of Syria's future in the long run".

Following the same route, German Chancellor Angela Merkel said last week it was necessary to speak to "many actors, among them Assad".

Bashar al-Assad, with the backing of Iran and Russia, seems to have managed to revive his international legitimacy over the dead bodies of tens of thousands of people killed in Syria by his barrel bombs or in the Mediterranean Sea running away from them through a war strategy built on repositioning the Baathist regime as the lesser of two evils for Western governments.

The alternative to ISIS

A widely-cited study by IHS Jane’s Terrorism & Insurgency Centre on Syria’s war showed that out of 982 “counterterrorism” operations by Syrian regime forces in 2014, just 6 percent directly targeted the Islamic State (IS). In return, only 13 percent of IS attacks over the same period were directly targeting regime forces (compared to a staggering 54 percent of IS attacks in Iraq that were aimed at security forces).

Putting all conspiracies around Syria and IS aside, the war strategies of both IS and Assad stem from realpolitik before anything else. On the one hand, Assad’s campaign has focused on containing a growing and well-funded rebel coalition fortified in the north of the country that was capable of gaining political legitimacy inside and outside Syria and directly threatening Damascus. The campaign has been a combination of indiscriminate attacks on rebel-held residential areas and exhaustive urban warfare.

On the other hand, IS sought to crush the other rebel groups, especially so-called “moderate” Islamists, in order to dominate the anti-Assad camp.

There are probably no papers signed and no dialogues made between the regime and IS. It is war dynamics, regime strategy, and interests that organically drew the battle’s frontlines. In the meantime, Assad’s initial discourse that reduced the Syrian revolution to terrorism started to literally take form, and IS expanded without exhausting its fighters over two fronts in Syria.

In other words, regardless of who and how IS was established, the Syrian regime, just like every other state in the region, tried to use the rise of an anti-establishment extremist group like IS in order to revive its legitimacy and reposition itself as a rational player in world politics.

Those legitimacy and representation crises faced by most Arab states came after a sweeping series of Arab revolts that threatened all authoritarian governments in various degrees and in different forms.

Assad as a rational political player

Historically, colonial powers dealt with the colonised through identifying elite figures who can represent the colonised in the state - be it independent or not - and thus rid the colonised masses from any form of political, social or economic agency.

Despite the evolution of Western foreign policy, this approach of locating favourable local figures and upgrading their political status seems to persist across the world, especially in revolutionary settings.

Wearing suits, cleanly shaved, and mostly speaking in English, “official” representatives of the Syrian revolution were a perfect fit for Western interests in post-Assad Syria. But such official representative bodies – mostly in exile – proved to be incapable of speaking on behalf of Syrians, as they failed to connect with local revolutionaries inside Syria or even sort out their own political disputes.

Such groups have failed the soft war for representation and legitimacy, opening the way for Assad to perpetuate an image of an irreplaceable Western-educated political representative of Syrians. Assad made sure throughout his brutal reign that every Syrian figure who can contribute to a viable political alternative is blackmailed, terrorised, detained, or even killed.

Numerous political, economic and military factors brought Syria to this point where Assad imposed himself as a political player in Syria’s future. The failure of Western governments, as well as the UN body, to conceive and acknowledge the agency of Syrians inside Syria during the revolution and the war, paved the way for Assad to be upheld by his allies, Russia and Iran, as the victor in the war of representation and legitimacy in Syria.

Assad has reduced the narrative of war to a binary of him against IS terrorism, and mainstream media – rather unintentionally – framed Syrians as pacified, helpless masses seeking asylum. Syria has become a simplified formula: Assad (the state), helpless masses (the Syrians), IS (terrorism), and foreign-sponsored rebel groups (proxies).

After years of foreign policy inertia on Syria, the US is losing the initiative, if it has not lost it already. With no plan in sight and a mounting crisis at hand, the White House has little to offer as an alternative to Russia’s diplomatic trick. The rejection by rebels within Syria of any role for Assad, as well as from regional powers involved in the war, will determine how long it will take before Assad sends his representatives to join new rounds of peace talks.

More confident than ever, Bashar al-Assad, smartly dressed and clean-shaven, will approach the West in perfect English with an “I told you so” when in fact it is: “We made it so.” 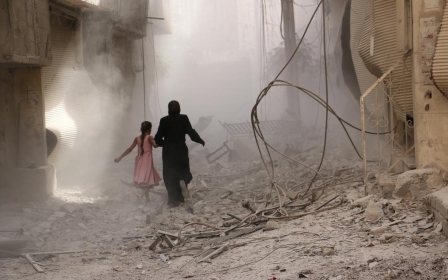 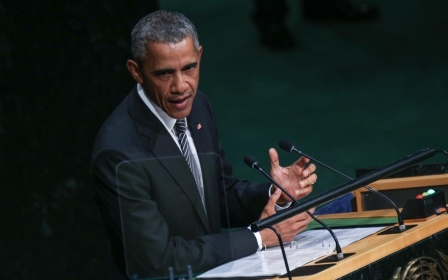 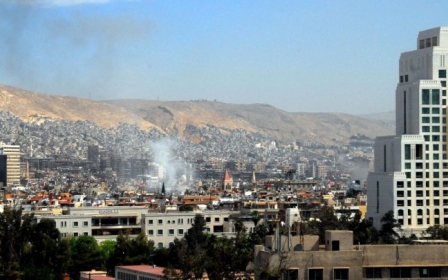