Athena is another nihilistic chronicle of the Paris banlieues 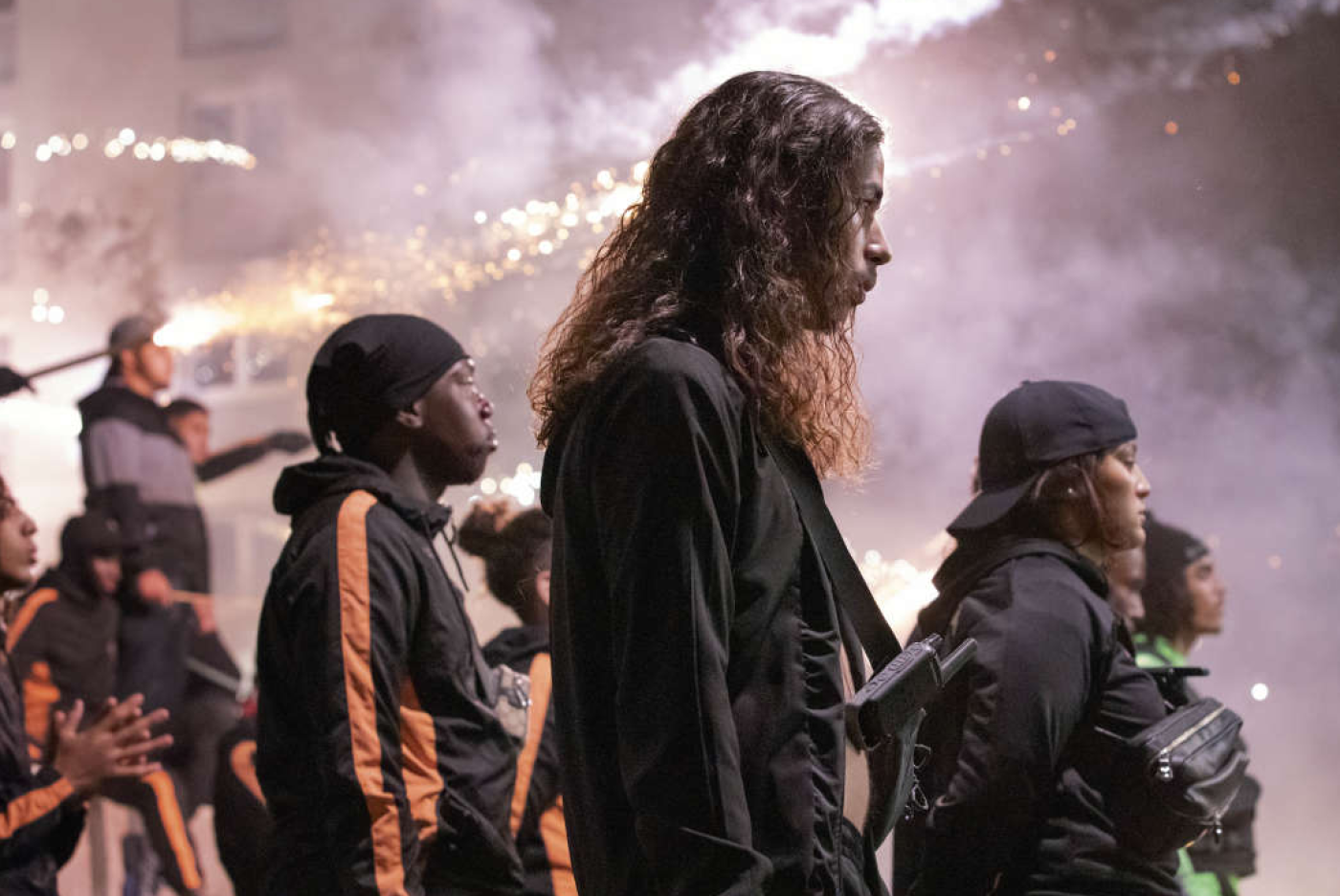 From Mathieu Kassovitz’s landmark banlieue drama La Haine, released nearly three decades ago in 1995, to Romain Gavras’s latest feature film Athena, released last month on Netflix, we’ve come a long way. In the mid-90s, most French people had never heard of the internet, let alone Netflix, which was founded in 1997. Kassovitz’s pioneering blockbuster paved the way for a new genre of French film known as the “cinema de banlieue”.

But more than an urban landscape, the banlieue is also the ultimate place for specific social and ethnic representations - a place rife with social and economic unrest stemming from a range of issues, including unemployment, poverty, racism, stigmatisation and broken schools.

It is a society within a society, with its own code of conduct, language, networks and ways of life. Captured through the lens of the movie camera, the banlieue and its inhabitants, already excluded from the fantasised national narrative, appear in an exaggeratedly “exotic” light.

Central to Athena is the typical theme of the banlieue film genre: a face-off between a gang of youths and police. The tone is set from the opening of the film, when a stern-faced Abdel (Dali Benssalah), clad in military attire, exits a police station after his 13-year-old brother, Idir, was killed, in all likelihood by police. A crowd has gathered. Abdel appeals for calm, asking people to join him in a silent protest march.

Athena fails to move beyond imposed, reactionary representations of the French banlieues, immigrant populations and Islam

Cut to the young man’s lawyer, played by real-life criminal defence attorney Yassine Bouzrou. The lawyer reminds us that Idir’s grandfather was an Algerian rifleman who served in World War II, and Abdel himself has just returned from Mali, where he served in Operation Barkhane. But the crowd of angry youths cuts short his patriotic declaration.

With a toss of a Molotov cocktail, they storm the police station (far too easily) to seize whatever weapons they can, then make a getaway in a stolen police van. War loot, they call it - the first of the film’s repeated references to war.

“We are a real team, like soldiers,” says one of the youths, who like most of his comrades, has neither a name nor a backstory.

In Athena, more than in the closing scenes of Dheepan, Les Miserables and BAC Nord, it is not a question of rioting. It is one of territories and secessionist inhabitants. “It’s war,” says Abdel’s brother, Karim (Sami Slimane), the commander of a neighbourhood-turned-combat-zone, “and it won’t stop until we get the names of the cops [who killed Idir].”

The film’s narrative is built around the reclaiming of insurgent territory by the forces of law and order. Much like BAC Nord, whose director Cedric Jimenez made no secret of his police sympathies, Gavras depicts an inner city controlled by a horde of violent, anonymous, and interchangeable Black and Arab youths.

It is as if his thinly developed and neglected characters are only there to fill the function assigned to them in a male-dominated cast defined by a range of stereotypes - irreproachable police, angry youths, ruthless drug dealers, staunch but clueless bearded Muslim believers, youths on the terrorist watchlist.

In these lost suburban areas, where police can only intervene in large numbers and at considerable risk (with talk of calling in the army), Athena is an appeal for the return of French republican order. This is especially notable in the film’s closing scene, which recalls the actual arrest of pupils at a secondary school in Mantes-la-Jolie, kneeling on the ground with their hands behind their heads.

From this perspective, the film arguably plays into the nationalist discourse of what philosopher Jacques Ranciere calls “visible evidence”. Ideas do not triumph because they are universally accepted; they triumph because we see what they force us to see, because we talk about what they talk about. As such, Athena fails to move beyond imposed, reactionary representations of the French banlieues, immigrant populations and Islam.

Gavras does attempt to give his narrative a bit of psychological depth. Abdel is torn by conflicting loyalties to his family, neighbourhood, police and country; and Muslim authority figures who attempt to calm the situation end up kettled, beaten and arrested without cause (though the detentions could be attributed to the surge of violence in the city).

It is above all yet another nihilistic chronicle of the wildness of the republic's lost territories, raising the spectre of 'savage' violence and delinquency

But the film’s narrative arc contradicts these clumsy attempts. The atmosphere of incessant hostility and tension - the characters are constantly shouting - leaves little room for a more nuanced reading of complex societal phenomena. It is thus impossible to measure the ways in which insecurity caused by neoliberal policies, and the fraying of the local social fabric, have led to an all-too-real upsurge of violence in certain low-income suburbs.

Gavras’s directing style is marked by a certain degree of complacency. Relying heavily on drone shots and slow motion (a definite red flag) when portraying clashes, accentuated by an omnipresent and pompous soundtrack, his kitsch aesthetic is closer to a theme park reenactment of a battle in the suburbs, than to a serious exploration of a difficult and multifaceted subject.

That said, Athena is a fiction aspiring to a certain dreamlike quality, and a good film does not depend on plausibility alone. But then, why include Bouzrou in a cameo role, alongside actual footage from the French news station BFM TV? And why use the real names of French intervention forces (CRS, BAC, RAID), and of actual Parisian suburbs? It just doesn’t add up.

The film’s ending is as improbable as the opening scene. Idir, it turns out, was killed by neo-Nazis disguised as police officers, in an attempt to plunge France’s housing complexes into chaos. Though extreme right-wing views are gaining ground within the ranks of police, and the number of deadly shootings has continued to rise since the regrettable 2017 law expanding the powers of security forces, police blunders in Athena are few and far between.

Apart from the messy arrests of a few “bearded Muslims”, the representatives of the law are exemplary, with nary a word nor gesture out of place. Even in the crossfire of violence, they never lose their cool. Venice Film Festival 2022: The Middle Eastern movies to look out for
Read More »

The police officers who shot at Karim (in response to the Molotov cocktail he wielded) were members of the French anti-criminal brigade gone astray, in cahoots with the dealers and drug lords. The reputation of the noble French police institution comes out unscathed, just as it did in Les Miserables, directed by Ladj Ly (the co-writer and producer of Athena).

Released in 2019 at the height of the Black Lives Matter movement, Les Miserables was taken to task by a number of police unions, despite its depiction of the harsh realities and difficult choices facing public servants on a daily basis. In the US, the film was perceived as a tribute to the Blue Lives Matter counter-movement.

Athena’s non-exploration of societal problems and its complacent portrayal of police is hardly a surprise. While the film might be a self-styled attempt at fantasy - a failed attempt, at that - it is above all yet another nihilistic chronicle of the wildness of the republic’s lost territories, raising the spectre of the nation’s collapse into “savage” violence and delinquency.

And yet, members of the extreme right have attacked the film for its “pro-banlieue” appeal - just when we thought we had heard it all. 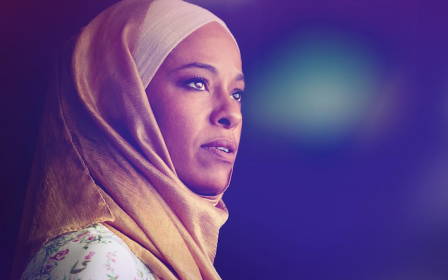 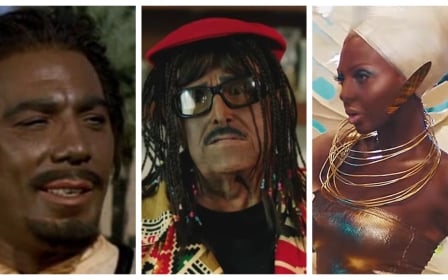