The battle for Saudi Arabia's soul 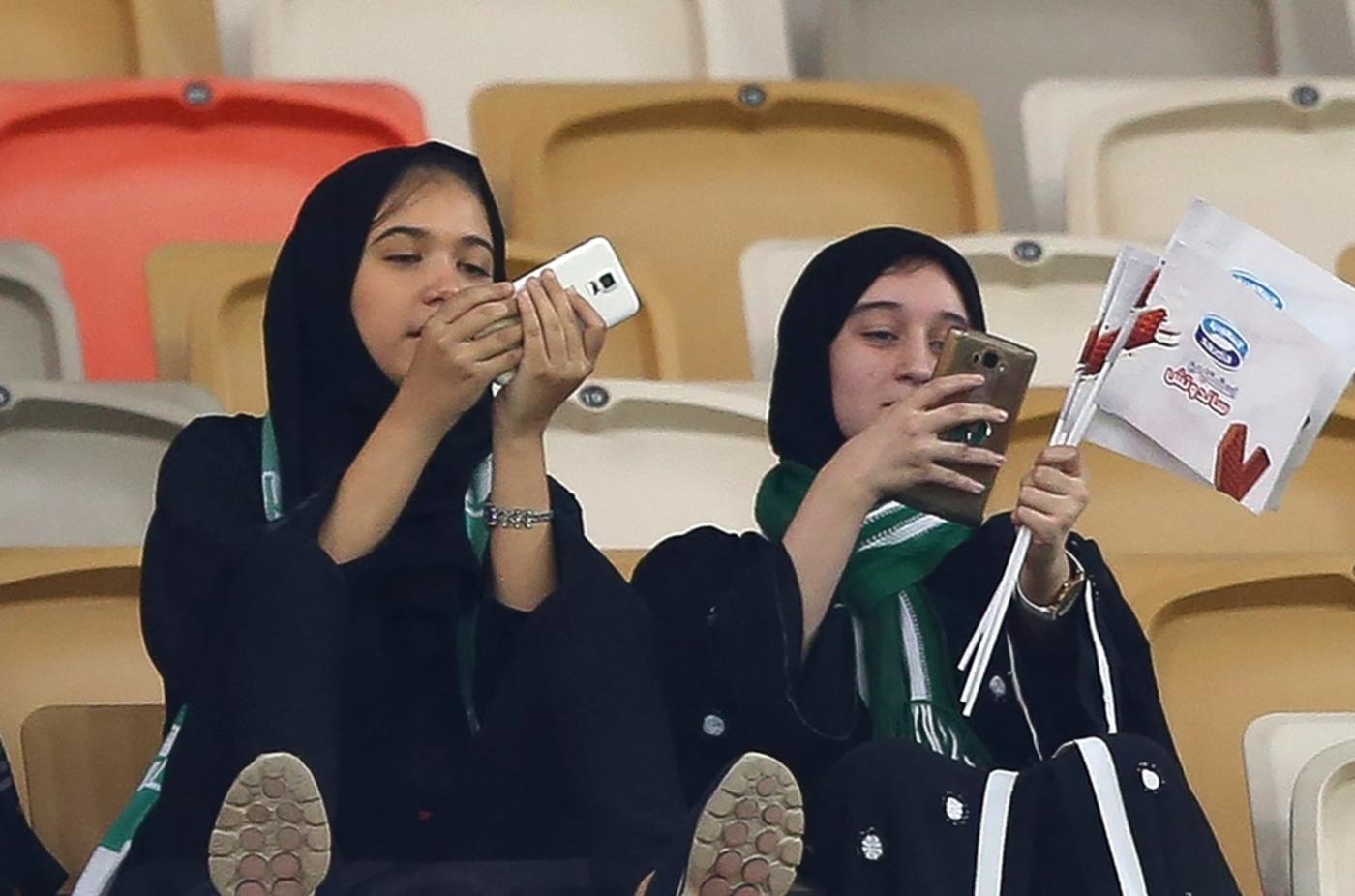 In accordance with the new Saudi Vision 2030, a General Entertainment Authority was created to oversee the introduction of fun in the kingdom. But as expected, this government agency became controversial.

In a dramatic move in the northern town of Hayil, a group of Saudi men raided a concert and dispersed the gathered audience together with the musicians.

The official press depicts such disruptions as reflecting resistance to the emerging modern kingdom by conservative Saudi society. However, the regular disruptions of such performances are acts of resistance to a top-down vision that does not reflect local aspirations.

Saudis are now introduced to unusual shows and performances that violate the ban on mixing between the sexes in public spaces. Moreover, dancing in the open air with great proximity to strangers and under the desert stars until late at night is not something women had been invited to do in the past.

Notwithstanding the occasional National Day celebrations that often include moments of exhilaration, the modern concert is something new.

As long as the politicised citizen remains dormant, Mohammed bin Salman can continue with his truncated modernity that fails to include the semblance of political freedom

For several decades a committee by the name of Commanding Right and Prohibiting Wrong had a mandate to restrict frivolity and monitor morality not only in the public sphere but also in the intimate confines of private life. So the sudden reversal of government policy on controlling people’s lives now requires an open display of fun.

The Saudi government had always controlled people's happiness, fun and entertainment, previously by sabotaging all those activities. Now the control is still in place but in the direction of managing fun with a view to revitalise a stalled economy by directing young people's desires in ways that divert them from developing political aspirations.

Longing for forbidden fruit has been a vexed issue for humanity for millennia - according to some religious narratives such longing resulted in original sin and the subsequent downfall from God's grace. Saudis are no exception to the eternal pursuit of forbidden fruits.

The government denied Saudis fun for so long to the extent that some of them jumped at the first opportunity to engage in the denied and ultimate entertainment. The government's new Entertainment Authority is the magical doping strategy that promises to ensure acquiescence. But when there is power, there is always resistance.

Resistance to government fun is not all about a conservative and backward society refusing to enjoy modern mass culture but it is a battle for the soul of Saudi Arabia.

With open opposition to the new leadership stifled, and hundreds of activists detained since September, Saudis are set to undermine Mohammed bin Salman's social vision. This seems to be a calculated choice that may not incur severe repression akin to that inflicted on dissidents and activists.

Openly criticising the political and economic policies of the regime will automatically lead to the infamous Al-Hayer prison where people have stayed indefinitely without trial. But communal outrage over a concert seems to be less problematic, as detainees may be dubbed as agitators rather than dissidents.

It is this important difference that prompted many young men to raid the concert in Hayil with no fear of the crown prince's security agencies. They had the support of sections of society living under an iron fist in which even silence has become a criminal act.

In a rentier state like Saudi Arabia, opposition in the 1960s dubbed the kingdom as a stooge for imperialism without too much fuss about fun

Refusing to praise government initiatives is an act of treason that leads to detention, especially if the muzzled person is a public figure with a large number of followers.

One should not conclude that this is a stoic society that shuns entertainment, fun and having a good time. Neither music nor dancing is alien to Saudi culture. In fact a thriving local musical scene had always existed with famous singers such as Talal Madah and Muhammad Abdoh assuming regional celebrity status across the Gulf and the Arab world.

In the 1970s, female singer Itab enchanted Saudis with her melodies and performances often during single-sex wedding celebrations. She later moved to Cairo to pursue a successful musical career.

In general, Saudis are not killjoys Even today, old Bedouin recitations longing for women, camels and fast cars coexist with more masculine and heroic genres that culminate in the famous sword dance.

No foreign politician's visit to Riyadh is complete without a masculine performance such as the Ardah in which men celebrate an imaginary virility to impress guests. In all this women are expected to be spectators rather than participants.

Not many men want their women swinging their hips in front of other men in public, let alone sing loudly in concerts - their voices have always been considered awrah (prohibited) by the strict Wahhabi interpretations of Islam.

So today Mohammed bin Salman wants a reversal of all this. Saudis will not simply swing without a fuss. In a rentier state like Saudi Arabia, opposition in the 1960s dubbed the kingdom as a stooge for imperialism without too much fuss about fun.

But since the 1970s, Islamists accused the regime of undermining the morality of the nation and its piety. Since Juhayman al-Otaybi occupied the mosque in Mecca in 1979, Islamists focused on how the Al-Saud are corrupting the nation and leading its women astray.

The government occasionally endeared them for fear of a mass rebellion but now weakened, demoralised and unable to keep their heads above water, they are desperate to resist in ways that don't get them in too much trouble.

The crown prince is moving fast to muzzle Islamists and force on them Western-style concerts.

But he may have underestimated the position of non-Islamists in Saudi society, a large number of whom are not too enthusiastic about mixed gatherings, although they may have a great appreciation for modern mass culture within a certain setting that does not involve the scenes that accompanied the newly staged Saudi concerts.

Should those get drawn into a new Islamist wave, bin Salman may not be able to stop the deluge. So how far can he go without serious confrontations taking place over the introduction of alien entertainment?

The real battle in Saudi Arabia today is not over concerts but over an absolute monarchy that wants to eradicate the politicised citizen, who thinks about his future and is worried about his livelihood.

As long as the politicised citizen remains dormant, Mohammed bin Salman can continue with his truncated modernity that fails to include any semblance of political freedom. He may forget that debate, opposition and resistance are embedded in any modern project.

So concerts may become the future battleground over which Saudis will learn how to organise mass protests that will eventually undermine his vision. He has violated several taboos with serious consequences.

Photo: Female Saudi supporters of Al-Ahli attend their team's football match against Al-Batin in the Saudi Pro League at the King Abdullah Sports City in Jeddah on 12 January 2018 (AFP). 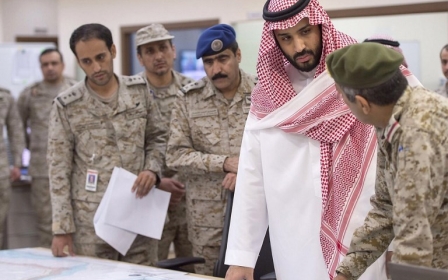 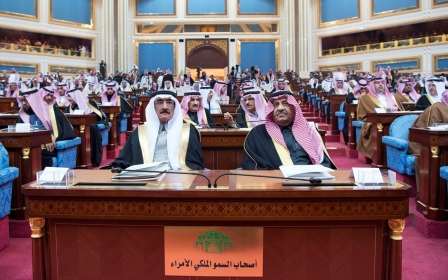 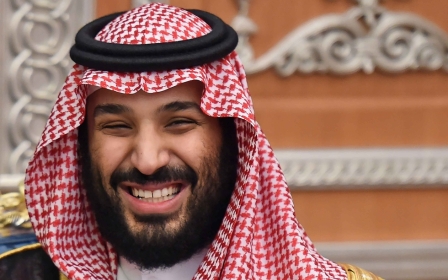